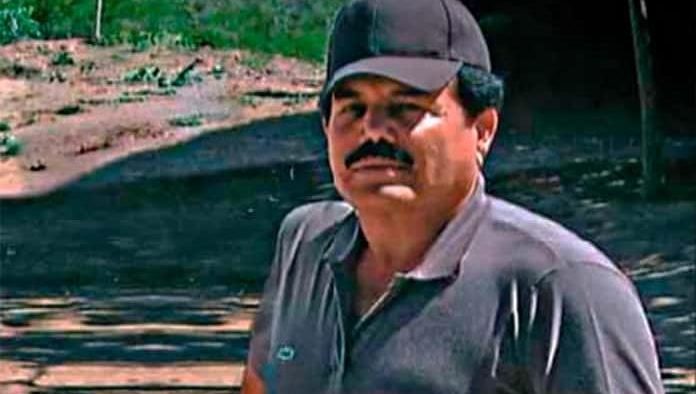 Video translation is as follows:

Grillonautas Reporter: As far back as last year, various videos began to circulate on social networks. Where men with Arabic accents sent greetings to Mayo Zambada, the leader of the Sinaloa Cartel. But who are these men, whom they point to on social media as the Turkish mafia.

Through our social networks we were contacted by a citizen who identified himself of Turkish origin, who explained to us that they belong to the Gray Wolves. They are members of the self-nominated organization the Gray Wolves.

According to international media, it’s a paramilitary organization of the extreme right-wing nationalist originating in Turkey and linked to the National Movement Party founded by Alparslan Türkes in 1961.

That later became one of the main supporters of Turkish President Recep Tayyip Erdogan after the attempted coup in 2016. The name of the group is a reference to the she-wolf Asena, mother of all Turks according to national mythology and a central figure of national identity.

They have a presence in northern Iraq, Syria, Turkey, and Europe. And about 3 million Turks are connected to this organization.

In November 2019, France included the Gray Wolves in the list of prohibited organizations according to researcher Thomas Rammerstorfer, author of the book The Gray Wolves, the Turkish far-right and its influence in Germany, and Turkey.

The paramilitary organization aspires to an extensive Turkish empire that unites all the Turkish peoples hands. What you see on your screens is what a few days ago circulated on social networks. The same video was sent to us on our social networks.

Turkish Islamists from Syria greet the leader of the Sinaloa Cartel, Ismael, El Mayo, Zambada. Afterwards they fire their assault rifles into the air. In the background is an anti aircraft gun. They greet in Arabic and continue in Spanish.

9 Soldiers: May the mercy and blessings of God be with you all. From the mountains of Turkmenistan we send greetings to Mexico, especially to Mayo Zambada.

Grillonautas Reporter: At the end you can see a screenshot of a cell phone that quotes: Greetings from Syria to Mexico and Texas. For the Commanders Willy William and Gabriel Pedro. Absolute Sinaloa and absolute Mayo Zambada.

In a second video that they sent to our social networks, a group of armed men appear who are heard saying: Peace, mercy, and God’s blessings be with you all. We send these words from the Turkish mountains.

In another video that they also sent to our social networks, a group of 5 men with Arabic accents send a greeting to Mayo Zambada and the state of Sinaloa.

Finally, in another video that they sent us, two armed men with their faces covered appear who also send their greetings to Mayo Zambada. This video has been circulating on social networks since last year.