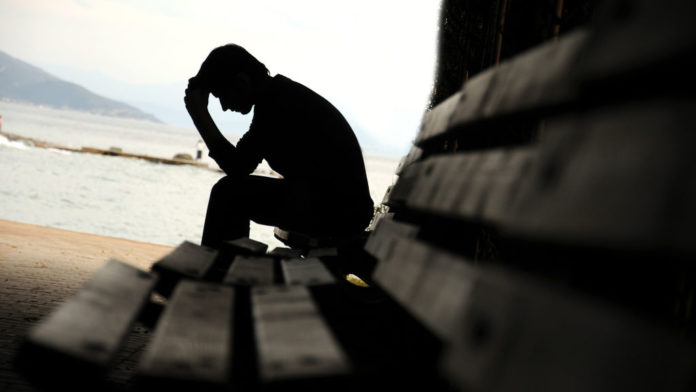 My heart misses a beat every time an ambulance pulls up in front of our hospital, tearing the silence of the night. When I see a young person lying still on a stretcher entering through the emergency door, and when his relatives say that it was a suicide attempt, I rush toward him hoping that I can help, saying: “What a pity! He is ruining both of his lives: the one here and the one in the Hereafter. We are all guilty, for he could have been a hope for the future.”

Unfortunately, most of the time it is too late. Sometimes I try to take a closer interest in the ones we save, trying to find out what solution they expected suicide to provide and the underlying reasons for their attempt.

Being an emergency room doctor and seeing many suicide cases has enabled me to look into this issue’s metaphysical dimension. A healthy society is composed of individuals who are physically and spiritually healthy. The ever-increasing spiritual absence and economic problems faced by our society have a negative influence upon the psychology of both the society and the individual. People are on the verge of explosion, because they have been weakened in their attempt to solve life’s problems. This is especially true for those who have weak personalities, who find no support from their families or environment, and who try to solve everything on their own but cannot do so. Sometimes, the resulting depression leads them to attempt suicide.

The psychological problems that people cope with are encountered by our society and also comprise a critical issue facing the world as a whole. In 2001, the World Health Organization reported that one-fourth of the world’s population suffers from psychological problems. According to data collected from 185 countries, depressive disorders are regarded as the fourth major cause of disease. The same study reported that every year, 1 million people commit suicide and 10-20 million more attempt suicide.

Research reveals that fatal suicide is more common among single and unemployed men aged between 30-40 and those who have been diagnosed with schizophrenia or depression. On the other hand, suicide attempts are more common among single, unemployed women under 30 and people suffering from depression. Most of these people attempt to commit suicide again, often with fatal results.

There are several apparent reasons for attempting suicide: various disabilities, suffering from a major disease (e.g., cancer, ulcers, cardio-vascular diseases, epilepsy) and such risk factors as tough life-conditions, which engender feelings of hopelessness and helplessness. The underlying factor is accepted to be the absence of faith in fate and the Day of Judgment. Oblivious of the world’s being a place of testing, they panic because of the emerging risk of losing their accustomed comforts and pleasures. They lack such essential knowledge as God being the All-Just and the All-Compassionate, as well as the significance of patience. In addition, they sever all bonds linking them to life. In such cases, the lack of an environment with a rich culture of conscience and heart which provides the best companionship is one of the biggest misfortunes.

The presence of family members who attempted suicide also may generate a tendency toward suicide, though the data on this is not quite clear.

The Journal of the American Medical Association, in its March 2002 issue, pointed out that suicide cases among American young people have increased markedly in recent years. Suicide is said to be the second highest cause of death among college students, the third among people between aged 14-24, and the sixth among children aged 5-14. The same study says that from the 1950s onwards, suicide rates have tripled among males aged 15-24 and more than doubled among women.

Suicidal people often exhibit the following symptoms: altered eating and sleeping habits, aloofness from family and friends, lack of interest in previously enjoyable activities, the use of alcohol and drugs, hopelessness, feelings of guilt, complaints of being tired and uneasy, absentmindedness, failure, and the entrusting of valued objects to others. Those who see such symptoms in others should treat these people carefully, take a close interest in them, and share their worries, for some young people with suicidal tendencies might have treatable disorders (e.g., depression or drug abuse).

While there are many ways to commit suicide, the most common seen by emergency personnel is overdosing on a particular medicine or drug. Of course not all such cases are suicide attempts, but overdosing in order to commit suicide figures in a majority of them. This indicates the importance that must be given to this matter.

Surprisingly, in some places children under five comprise nearly half of all overdose victims. The primary reason for this figure is momentary parental neglect. We know that young children are prone to eat unpleasant-tasting things with a rotten smell and appearance. Another factor is the incorrect behavior of adults who take their medicine in front of children, for children just imitate what adults do. The family’s children are fascinated when elderly people spread out their medicine and tell them: “These pink pills are for high blood pressure, these white pills are for rheumatism, and the green ones are for my stomach.” The following answer, given by children who have become ill because of taking such medicines, proves that adults need to be more aware of how their children view medicine. They should think about how to answer such questions as: “My grandparents take the same medicines, so why aren’t you angry with them as well?”

The relation between taking medicine and adult
suicide rates

The most frequent cause for adult suicide is overdosing on certain medicines. Mortality rates are 5-8 percent, due to reaching the hospital too late, the lack of antidotes, and being unable to make an early diagnosis.

The troubles arising within both our personal and our natural environments from such overdoses are shaking our society’s basic structure. This situation is an obstacle to solving the problems of people living in spiritual depression.

While we need a world-wide spiritual cooperation to solve this problem, only medical doctors are making any effort in this area, mainly by asking: “Can I at least save this young person who has just been brought in?” The first thing to do in such cases is to provide medical assistance. On the other hand, it should not be forgotten that medical emergency services cannot provide ultimate success. What we really need to do is to eliminate the root causes of why people attempt suicide.

This duty falls upon the shoulders of the government, people of religion, and psychologists. People who are physically and spiritually healthy also can help. For a society to be healthy, everybody must strive to prevent negative and harmful things happening to others. This approach must be based upon brotherhood and sisterhood.

People must be motivated to love and care about each other, listen to others’ worries, and guide each other to healthy thoughts. This way, they will not feel lonely and will be able to find people to support them in times of trouble. As a result of this concern, suicidal people tend to change their minds and have healthy thoughts.

In the Qur’an, God Almighty says: Do not take life, which Allah has made sacred (17:33). Prof. Suat Yildirim comments that “the person himself/herself is also included in the Divine Prohibition against killing.” Therefore, practicing Muslims do not contemplate suicide. However, the regret and shame following such attempts highlight the need to help those who do attempt suicide, instead of just blaming or criticizing them.

If Destiny has given us the duty to help those who come to the emergency room as a result of an overdose, we should try to fulfill this duty in the best way possible. As for those entrusted with educating people and guiding society, they should work hard to make sure that young people, who could be the future, never have to be brought to hospital on a stretcher because of an overdose.