Turkey vs Kurdish group: Can the Astana Process achieve, what the Geneva process didn’t?

Turkey vs Kurdish group: Can the Astana Process achieve, what the Geneva process didn’t? 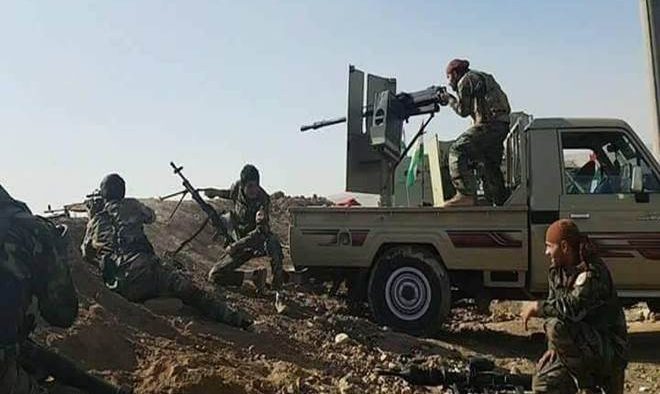 The Astana process must negotiate a deal between Turkey and the Kurdish People’s Protection Units (YPG), the leading force in the Syrian Democratic Forces (SDF), which fought alongside the US against the ISIS. The YPG is affiliated with the Kurdistan Workers Party (PKK) which wants to carve out a separate Kurdistan from Turkey and the neighbouring region. The US support and training to YPG engendered a rift between Turkey and the US during the Obama administration, says Prof Ranjan Kumar, JNU.

Ever since US President Donald Trump made the sudden and quirky announcement to withdraw American troops from Syria, the focus of international attention has shifted to the Atana process, a trilateral format led by Russia, Turkey and Iran, to end the internecine conflicts in Syria. Most of the stakeholders welcomed the American decision, while the European powers, Syrian rebels and Kurdish forces described it as a classic act of ‘betrayal’ of friends and allies. Defence Secretary Jim Mattis, an old guard in the Washington establishment whose relation with the president was already strained, resigned from his post stating that this amounted to surrender of western interests to Russia and Syria.

In his quintessential style, Trump re-tweeted later on 18 January 2019: “Starting the long overdue pullout from Syria while hitting the little remaining ISIS territorial caliphate hard, and from many directions. Will attack again from existing nearby base if it reforms. Will devastate Turkey economically if they hit Kurds. Create 20 mile safe zone…..Russia, Iran and Syria have been the biggest beneficiaries…..time to bring our troops back home. Stop the ENDLESS WARS”. This was followed by another tweet where he claimed to have defeated the Islamic State of Syria and Iraq (ISIS).

Trump’s claim of ‘ISIS defeat’ was rejected by British junior Defence Minister, Tobias Ellwood and several other political leaders of Europe in counter-tweets and official statements. Later, the White House spokeswoman Sarah Sanders and Pentagon tried to salvage Trump by a twist in the argument that the US could return to Syria if needed.

The tweet to withdraw troops sent shockwaves in France, UK and Israel, and experts fear that this arbitrary decision may drive the West’s strategy towards the Middle East in total disarray. This chaotic and unplanned move has drastically eroded the credibility of America as a reliable partner and a security provider in the region.

There are a number of pressing issues which need to be addressed given the new regional balance that is emerging in the region. The most critical concern is to end the violence in Syria by reinforcing a balance among the regional forces and bringing them to the negotiating table. The Astana process must negotiate a deal between Turkey and the Kurdish People’s Protection Units (YPG), the leading force in the Syrian Democratic Forces (SDF), which fought alongside the US against the ISIS. The YPG is affiliated with the Kurdistan Worker’s Party (PKK) which wants to carve out a separate Kurdistan from Turkey and the neighbouring region. The US support and training to YPG engendered a rift between Turkey and the US during the Obama administration. It is imperative that following the withdrawal of the US, Turkey is not allowed to overrun the YPG, and the West and Russia should negotiate with Ankara to avoid any such adventure.

The second important issue, as mentioned in Trump’s tweet, is the idea of a buffer zone. Trump has floated this idea perhaps to keep Erdogan in good humour. He sent a stern message to Turkey saying that the US will not tolerate any attack on the Kurdish forces, and in return, he offered a carrot of ‘safe zone,’ a Turkish idea which was put aside by the Obama administration despite repeated requests. The idea of the safe zone, however, is easier said than done. Russia, Iran and the Syrian regime may oppose and modify this plan at the Astana process. Russia wants entire Syria to be under the control of Bashar-al-Assad.

Third, US withdrawal has changed the balance of power in Syria. A multipolar regional order led by Iran, Russia and Turkey will control the security in Syria. The rebel against Assad has weakened considerably and there is no real threat to his rule. The supporters of rebels are seeking to re-establish ties with the Syrian government. It is hardly surprising that Arab countries have begun negotiations with Russia and the Syrian regime. Russia and Turkey are negotiating on Idlib, to check a potential attack by Syrian forces.

Fourth, Russia has emerged one of the main guarantors of stability in the region. With US withdrawal, the UN-backed Geneva process has become meaningless. President Putin is having the last laugh. He never expected to embrace victory so sudden and with such little efforts. He commended the decision of the United States and stated that the presence of American troops was illegitimate as it had neither the approval of the United Nations Security Council nor the invitation of the Syrian government. After this unexpected triumph, his popularity rating is likely to soar in Russia and outside.

Fifth, the “hit and run” policy of America backed by the European states has backfired in the West Asia (Middle East), Ukraine, Georgia and Afghanistan. There is a total incoherence of policy driven by the vested interests and lack of coordination. The policy of regime change has destabilised the region and has created forces which pose a tremendous challenge to the entire world. The loss of lives and property is the last thing that the supporters of regime change consider before implementing such policies.

Finally, there are high hopes from the Astana process initiated in January 2017. There have been several rounds of meetings at Astana, Tehran, Sochi and Ankara. Earlier, they created four de-escalation zones in eastern Ghouta, Daraa, Quneitra and Idlib. The Syrian forces have recaptured three zones and only Idlib remains with the rebel forces. Turkey and Russia are negotiating on the status of Idlib and the Kurdish dominated northeastern region.

The withdrawal of American troops has eclipsed the UN-backed Geneva process. The Geneva process was more concerned on the political transition, and failed to curb the spiral of violence and ethnic strife. Post-withdrawal, attention has shifted to negotiations at the Astana process.

The success of Astana talks is contingent largely upon Russia-Turkey relations. Any Turkish adventure in the Kurdish dominated area may lead to a fresh spate of violence with repercussions in other parts. Similarly, an assault by Syrian forces in the rebel-dominated part may jeopardise the fragile stability that seems to be emerging. The Astana process claims to be “Syria-led negotiating process”, and the most fundamental task beforehand is to curb violence so that the refugees sheltered in Europe and Turkey can return home after years of trials and tribulations. Rebuilding Syria, which is still a far cry, would require massive international diplomacy and investment.

The international community will observe the role of Russia very attentively. The success of this process will raise the credibility of Russia worldwide, not only as a fighter against the scourge of terrorism but also as a skilled interlocutor in dealing with the hostile factions.

The author is Associate Professor, School of International Studies, JNU

Previous Article
Housing sales to foreigners in Turkey increased by 78.3 percent in 2018
Next Article
KURDISTAN REGION OF IRAQ CAUGHT BETWEEN TURKEY-PKK CONFLICT