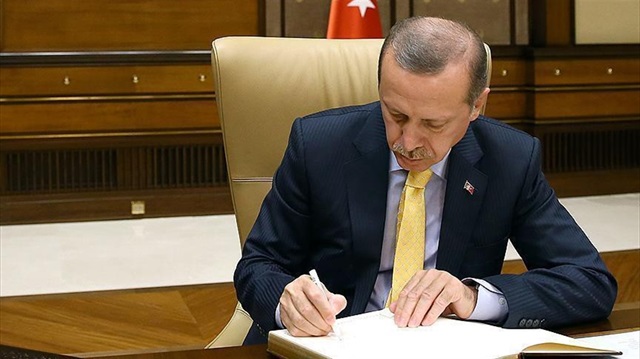 The facility will have a two-year maturity with an option to extend for another year so that Turkiye Varlik Fonu, or TWF, can inject cash into the companies it holds, one of the people said, asking not to identified because discussions are private. The deal marks the first time the fund has borrowed internationally.

The fund was set up in 2016 to safeguard what was estimated to be $200 billion worth of assets and spur large-scale investments that Turkey’s rulers say will transform the nation into one of the world’s elite economies. But internal strife at the fund led to paralysis and eventually saw its first chief executive officer, banker Mehmet Bostan, lose his job.

Expressing frustration with a lack of developments at the fund, President Recep Tayyip Erdogan overhauled its management and named himself chairman last year. He did so after being sworn in with additional powers under an executive presidential system he introduced. Zafer Sonmez, former Turkey manager of Malaysian wealth fund Khazanah Nasional Bhd, was picked as its chief executive.

While it’s unusual for a sovereign fund to borrow — they’re typically established to deploy a nation’s accumulated wealth, there is a recent precedent. Saudi Arabia’s fund last year signed an $11 billion loan with some of the world’s biggest global banks, including Goldman Sachs Group Inc., HSBC Holdings Plc and JPMorgan Chase & Co. It was priced at 75 basis points over Libor, according to people familiar with the terms at the time.

The Turkish fund holds a number of assets it took over from Turkey’s Treasury, including stakes in state lenders Turkiye Halk Bankasi AS and TC Ziraat Bankasi AS. It also owns flag-carrier Turk Hava Yollari AO, the country’s biggest telephone operator Turk Telekomunikasyon AS and national lottery company Milli Piyango.

A previous attempt by the fund to borrow as much as $5 billion from ICBC in 2017 wasn’t conclusive. Representatives for Citigroup, ICBC and TWF declined to comment.

Authoritarian Parasitism in Turkey and Beyond: Erdogan and the rise of strongman politics
NAT 8th February 2019
Submit an Op-Ed
Tweets by NewsAboutTurke1