Interview with Helen Rose Ebaugh on the Gülen Movement: “An Alternative to Fundamentalism”

Interview with Helen Rose Ebaugh on the Gülen Movement: “An Alternative to Fundamentalism” 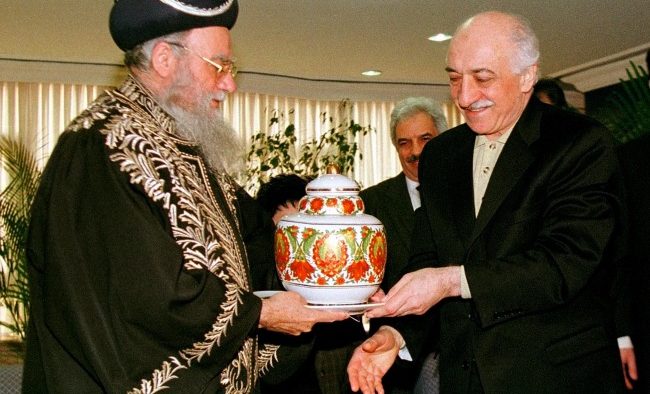 Helen Rose Ebaugh, an American professor specializing in the sociology of religion, sees the movement founded by the controversial Turkish preacher Fethullah Gülen as both an opportunity for the West and a serious alternative to religious extremism. Matthias Daum asked for more details

Interview with Helen Rose Ebaugh on the Gülen Movement

“An Alternative to Fundamentalism”

Helen Rose Ebaugh, an American professor specializing in the sociology of religion, sees the movement founded by the controversial Turkish preacher Fethullah Gülen as both an opportunity for the West and a serious alternative to religious extremism. Matthias Daum asked for more details 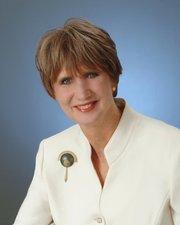 Open to dialogue or Islamist in outlook? According to Helen Rose Ebaugh, the Gülen movement is “an Islamic-inspired civic movement that is neither political nor religious per se”

​​Why do people in the West have such difficulties with the Gülen movement?

Helen Rose Ebaugh: It has a great deal to do with the general Islamophobia that existed after 9/11. Fundamentalist movements unsettle people a lot. At the same time, little is known about them. This is also the case with other Islamic faith-based movements, such as the Gülen movement.

Please enlighten us. How would you describe the Gülen movement?

Ebaugh: It is an Islamic-inspired civic movement that is neither political nor religious per se. It has its origins in Turkey. In the turbulent 1960s, communists and socialists were making overtures to the country’s students. Fethullah Gülen found this a very troubling development and wanted to offer young people an alternative.

In Europe, the movement is seen as conservative. Is it?

Ebaugh: It is conservative insofar as Mr Gülen’s message can be summed up in the words “We have to educate the youth.” He says that good Muslims can at the same time be the best doctors, teachers and researchers.

What sort of humanity does Fethullah Gülen represent?

Ebaugh: A good person should be educated, uphold moral and ethical values, maintain a relationship to God and assume social responsibility. Helping others is the top priority. All Gülen adherents donate money. This willingness to donate can only really be understood against the background of Ottoman culture.

​​Some critics point to the opacity of the movement.

Ebaugh: There is no hierarchy, instead only a few opinion leaders around whom the adherents gather. This is not a problem for the movement; it is, in fact, one of its strengths. The adherents are the movement. When I conducted research for my book The Gülen Movement, everyone was very open towards me. In many Gülen institutions, I was even allowed to see their budgets and accounting records. It isn’t the lack of transparency that some people find disturbing, but rather the lack of a bureaucracy. You can’t draw a flow chart of the movement. No one person is responsible, because everyone is responsible.

So there are no official contacts?

Ebaugh: Yes, but this very horizontal organisational structure also has advantages. The establishment of schools, for instance, is a strictly local affair. Bureaucracies only exist within the various institutions. These include the TV broadcaster Samanyolu and the newspaper Zaman, both of which are closely affiliated to the government of Recep Tayyip Erdogan, as well as the aid agency Kimse Yok Mu.

What is the movement’s position on dialogue with other religions?

Ebaugh: It is one of the movements that strongly advocates dialogue between the three Abrahamic faiths.

To what extent is it prepared to make concessions, for instance on the issue of equal rights for women?

Ebaugh: That is a problem. One doesn’t see too many women in public positions within the movement. I believe, however, that this will change.

On a similar note, the issue of the headscarf is a hotly debated issue in Europe. What stance does the Gülen movement take in this respect?

Ebaugh: [laughs] This is why Turks love to go to the USA. No one cares about the headscarf here. To be honest, I really don’t know what all the fuss is about.

Nonetheless, it is the subject of debate.

Ebaugh: Mr Gülen himself says that if you have to choose between the headscarf and a good education, choose education.

Ebaugh: Exactly. Other issues are more important to the Gülen movement, such as the separation of religion and state in Turkey.

How do you think the West should react to the Gülen movement?

Throughout his lifetime, Gülen, who is now gravely ill, and his movement have been accused of virtually everything from nationalism and Islamism to being a watered-down version of Islam

​​Ebaugh: I find myself in agreement with the former US Secretaries of State James Baker and Madeleine Albright and the former CIA officer Graham Fuller. They say that we should support such movements, because they offer an alternative to fundamentalism. I recently saw statistics from the south of Turkey that showed that Gülen students are not attracted to the PKK; one of the reasons for this is that they have been given a good education.

Fethullah Gülen is supposedly very ill. What will happen to his movement after his death?

Ebaugh: Nothing. The movement is much too strong. This is how it differs from a sect or a commune.

Helen Rose Ebaugh lectures on the sociology of religion at the University of Houston in Texas. She is the author of the book The Gülen Movement: A Sociological Analysis of a Civic Movement Rooted in Moderate Islam, Springer Verlag Niederlande, Houston 2009.

Translated from the German by John Bergeron