How Turkish coffee destroyed an empire

How Turkish coffee destroyed an empire

By Sarah Jilani
It’s known as Greek coffee to Greeks and Cypriots, Bosnian coffee to Bosnians, Armenian coffee to Armenians, Arabic coffee to Arabs, and Turkish coffee to Turks, Croatians, Albanians and Serbs. But in the mid-16th century, it was just kahve – coffee. At the time, these people were ruled over by the Ottoman Empire, which swept kahve-lovers from south-eastern Europe to Persia into its wide embrace. But by the early years of the 19th century, the empire was beginning to fracture. Kahve played a little-known role in its eventual demise.Coffee came to Turkey during the reign of Sultan Suleiman the Magnificent. When the man he despatched to govern Yemen came across an energising drink known there as qahwah, he brought it back to the Ottoman court in Constantinople, where it was an instant hit. A palace kahveci usta, or coffee-master, might have tens of assistants helping him grind Arabica beans into an extra-fine powder similar in texture to today’s instant espresso. This was then boiled in copper pots called cezves. The resulting drink – bitter, black and topped with a thin layer of froth created by pouring it quickly – was served in small porcelain cups. To balance its bitterness, legend has it, Suleiman’s wife, Hürrem Sultan, took her kahve with a glass of water and a square of Turkish Delight – which is how it is served in Turkey today.Not everyone, however, believed that the Koran permitted Muslims to drink this stimulating new beverage. Although Islamic scripture doesn’t specifically mention coffee, one hardline cleric in Suleiman’s court issued a fatwa against the drink on the grounds that consuming anything burnt was forbidden. But that didn’t dampen its appeal. The first public coffee house, or kahvehane, was founded in Istanbul in 1555 by two Syrian merchants. Soon, nearly one in six shops in the city – ranging in size from small neighbourhood cafés to large community centres – served coffee. Gradually, kahve percolated through to the far reaches of the empire. 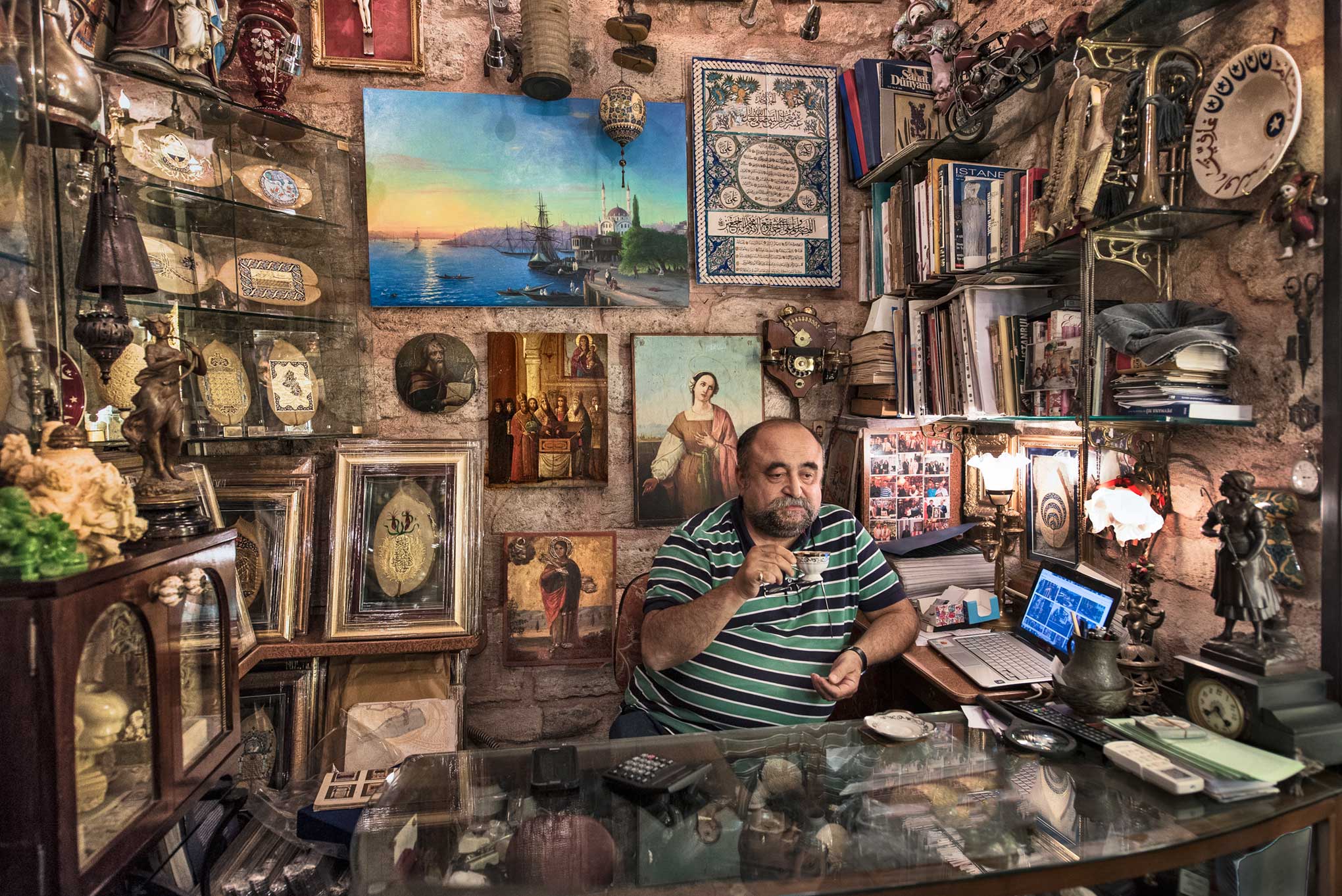 Coffee houses gave men somewhere to congregate other than in homes, mosques or markets, providing a place for them to socialise, exchange information, entertain – and be educated. Literate members of society read aloud the news of the day; janissaries, members of an elite cadre of Ottoman troops, planned acts of protest against the Sultan; officials discussed court intrigue; merchants exchanged rumours of war. And the illiterate majority listened in. In the coffee houses they were introduced to ideas that spelled trouble for the Ottoman state: rebellion, self-determination and the fallibility of the powerful.

It wasn’t long before the authorities began to regard the kahvehane as a threat. Some sultans installed spies in coffee houses to gauge public opinion; others, like Murad IV, an early-18th-century sultan, tried shutting them down altogether. But they were too profitable. When simmering nationalist movements came to a boil throughout Ottoman lands in the 19th century, the popularity of coffee houses burgeoned. Ethnic groups in European regions of the empire with an Eastern Orthodox Christian majority started agitating for independence. Nationalist leaders planned their tactics and cemented alliances in the coffee houses of Thessaloniki, Sofia and Belgrade. Their caffeine-fuelled efforts succeeded with the establishment of an independent Greece in 1821, Serbia in 1835, and Bulgaria in 1878. The reign of kahve was over.

The different nations added signature twists to the drink: Greeks make it with mastic, a plant resin; Croatians caraway seeds; Arabs infuse it with cardamom and serve it in small cups without handles called finjans. Even when taken sade, or plain, the flavour profile depends on the roast; the medium-to-darker beans of the Turkish variety produce coffee with an earthy taste, smoky notes and thick texture. When you drain your cup, you will see fine grains coating the bottom. The effects soon hit. Emperors of the world, beware.

Sarah Jilani is an arts and culture writer in Istanbul

Previous Article
The first lady watched school kids coloring in Tulsa. The Turks saw links to terrorism
Next Article
Erdogan sabotages Turkey’s progress by turning away from the West