State Monopolization of Religion and Declining Piety in Turkey

State Monopolization of Religion and Declining Piety in Turkey 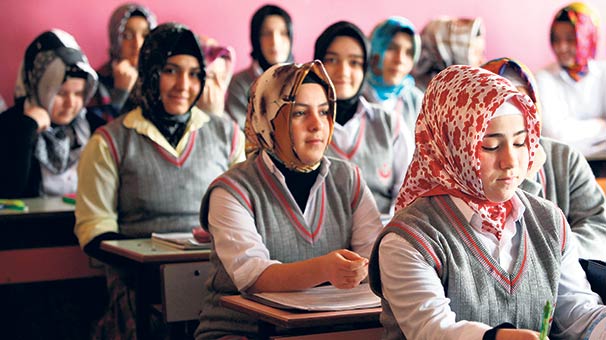 Responding to: Politics and Piety in Turkey

The Justice and Development Party (Adalet ve Kalkinma Partisi, AKP), a political party with a growingly Islamist agenda, has been governing Turkey for the past 17 years. Despite the Islamists’ control of the government, a recent survey shows that levels of piety are in decline among the population in the past decade. Turkish citizens who defined themselves as religious declined from 55 percent to 51 percent between 2008 and 2018, and those who claimed that they fast regularly dropped from 77 percent to 65 percent in the same period. In the past year, stories about how several students attending state religious schools left the faith and started to define themselves as deist or atheist became a topic of national debate. My researchconducted with a group of scholars from the Baker Institute also shows 45 percent of Turkish citizens claiming that they do not approve of any religious authority, indicating a general skepticism of religious authority figures in Turkey. Considering that the AKP became more assertive in its Islamization claims both domestically and in its foreign policy, how can we explain these decreasing levels of piety?

During the AKP rule the relationship between state Islam and political Islam underwent a significant transformation. As Nathan Brown claims, Islamist political actors are typically painted as movements in opposition to the state religious establishment in much of the Arab world. State religious officials try to discredit Islamists as undermining the true message of the faith. This tension between state Islam and political Islam also existed in Turkey, although the antagonism ended in Turkey with AKP’s ascendance to power. The AKP significantly expanded the budget and the size of the Diyanet (the Directorate of Religious Affairs), a state religious body tasked with administering all religious services in Turkey. The Diyanet also became more conservative and Islamist in its religious interpretations. As a consequence, many started to see political Islam and state Islam as two sides of the same coin in contemporary Turkey. My research shows, for instance, that there is a positive and strong correlation between survey respondents who declare trust in President Erdogan and those who trust Mehmet Gormez, the previous head of the Diyanet. AKP supporters are also more likely to trust to Diyanet’s fatwas compared to other party supporters.

Not only did state Islam and political Islam merge in recent years, but also AKP’s brand of state Islam—which became increasingly exclusionary, nationalistic, and authoritarian—absorbed civil Islam. In the 1990s, Turkey had a robust Islamic public sphere with a multiplicity of religious civil society organizations, religious foundations, media outlets, and women’s rights organizations. This Islamic public sphere was a key tenet of Turkey’s democratization and also played a significant role in AKP’s ascendance to power in the next decade. However, these civil society organizations developed patronage relations with the state, became heavily dependent on public funds, and were co-opted by the state apparatus after AKP entrenched its power in the government.

Scholars of religion, broadly labeled as the religious economy school, argue that government regulation and monopolies in the religious sector affect the levels of religiosity in any society. Laurence Iannaccone’s argument that religious pluralism leads to higher levels of religiosity, while religious monopolies decreases religiosity in the society, can provide insights to understand trends in current Turkey. Since religious preferences are multiple in every polity, no single institution can supply religious goods demanded by a pluralistic society. Increasing monopolization of religious authority in Turkey by the AKP repressed religious pluralism and competitive religious markets both in the political and civil spheres. This leads to the current decline in piety across Turkish society, which is becoming more pluralistic due to increasing integration into the global networks of knowledge and therefore not satisfied with a state monopoly of religious goods.

Another, and a closely related, explanation is that Islamist AKP’s corrupt practices in the government erode pious Muslims’ trust in political Islam. Some examples of such practices are favoritism to preferred businesses in public bids, Diyanet’s antiquated fatwas on women and children’s rights, the government’s cover-up of a child abuse scandal at an Islamic foundation, or AKP’s religious scholars legitimizing corruption with their fatwas. A youngster, who came from Islamist circles, told me in an interview that in current Turkey, “Islamism became a cursed identity.” Like him, many urban pious youths who came of age under AKP governments became disenchanted not only with the political manifestation of Islam, but also by Islam itself as a faith.

Previous Article
Children account for about 30% of Turkey’s population
Next Article
I’m in prison. But my party still scored big in Turkey’s elections.