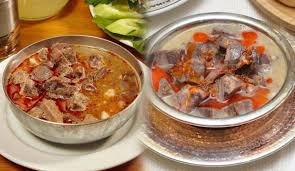 The eruption of home remedies for coronavirus has alarmed health officials across the world, particularly in Turkey where do-it-yourself prevention has killed more people than the virus.

At least 20 people died in Istanbul last week after drinking rubbing alcohol in a bid to protect themselves against Covid-19, according to local media reports. Another 34 victims were admitted to intensive care.

The active ingredient in rubbing alcohol, as well as hand sanitiser and some domestic cleaning products, is isopropyl alcohol, which can cause organ failure if ingested.

The rising number of cases has seen Turks embrace a number of measures in the belief they will either boost the body’s immune system or kill off the virus.

One prominent columnist, Abdurrahman Dilipak, advocated cannabis as a cure for the virus, drawing widespread mockery on social media. Mr Dilipak, who writes for the Islamist Yeni Akit newspaper, has previously promoted the drug as a remedy for health conditions such as diabetes, asthma and high blood pressure.

Others have called on people to eat more sheep’s head soup – known as “kelle paca corbasi” and long revered for its remedial properties against complaints ranging from hangovers to arthritis – as a way to protect against the coronavirus.

Last week, the Hurriyet newspaper reported a rise in sales of the soup. “The important thing here is to feed our bodies with the right nutrients instead of fearing coronavirus,” said dietician Derya Zunbulcan. “Kelle paca is one of these foods. Actually, spoon by spoon you’re eating a cure.”

Gargling with warm salty water or vinegar has been touted as a way kill the virus in the throat before it reaches the lungs. While doctors say this could ease a sore throat, it will not prevent the virus from reaching the respiratory system.

“Unfortunately, for a long time some people have come out and talked about mistaken, misguided protection methods,” said Mehmet Ceylan, chairman of Turkey’s Infectious Diseases Association.

“They claim that gargling with salt water, certain foods or soups are beneficial. Unfortunately, many of the public have applied these measures but none are known to be effective methods.”

Relying on these purported cures or preventions can lead to people ignoring recommended ways to guard against the virus, such as regular hand-washing and social distancing, Mr Ceylan said.

“That kind of talk is very irresponsible, especially when there’s an epidemic like this,” he said. “To date there are no other methods as effective as hand hygiene and avoiding crowded places.”

As well as embracing hoax countermeasures, Turkey has also produced bizarre theories about the virus and its transmission.

The late emergence of coronavirus in the country led to the claim that Turks harboured a degree of genetic immunity. While far-fetched, the suggestion appealed to nationalistic sentiments and was spread on TV talk shows and social media.

The outbreak has also fostered xenophobic and racist opinions, with anti-Semitic tropes emerging in the media.

“This virus serves Zionism’s goals of decreasing the number of people and preventing them from increasing,” said Fatih Erbakan, who heads the Renewed Welfare Party and is the son of a former prime minister.

One video circulated on Twitter showed public minibus passengers discussing how health scares from Aids to Ebola were created by Jewish-owned pharmaceutical companies.

Mr Dilipak, the columnist, suggested any future vaccine could be laced with a sterilisation agent to cut the population. Meanwhile, Ahmet Hamdi Camli, a ruling party MP, encouraged those in self-isolation to use the period to realise President Recep Tayyip Erdogan’s call for couples to have at least three children.

One traditional Turkish remedy, however, has received a seal of approval from doctors. “Kolonya” – a heavily lemon-scented cologne that is liberally offered to guests in homes and restaurants as well as being a mainstay of Turkish barbers – has an alcohol content of up to 80 per cent, making it an effective hand wash.

Engin Tuncer, owner of kolonya producer Eyup Sabri Tuncer, told the state-run Anadolu news agency that sales were up fivefold in recent weeks. Demand was such that the company’s flagship store in Ankara had to ration sales to 1.5 litres per customer, he added.

Erdogan Faces His Biggest Test of the Pandemic: The Economy
NAT 9th May 2020

Erdogan Faces His Biggest Test of the Pandemic: The Economy