Russia showed Turkey and China how to bully EU

Russia showed Turkey and China how to bully EU 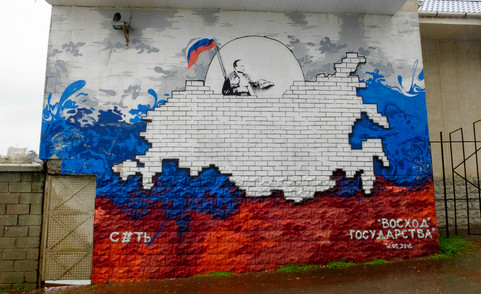 Covid-19 might have slowed down the global economy, but not the world’s descent into ever brutish ways to conduct international politics.

The European Union seems determined to ‘speak the language of power’ in principle, but it is still shy about doing it in practice.

Turkey deployed troops and sent arms to Libya to support the internationally recognised government (but breaking an international arms embargo).

Turkish ships managed to engage in threatening manoeuvres against a French ship which was part of Nato naval mission around Libya.

Failing to elicit strong enough Nato support, an indignant French government suspended its participation in the Nato naval mission. Russia deployed airplanes to Libya to support a warlord, but somehow got away with less international opprobrium than Turkey.

None of these practices are new. The last decade or so Russia excelled at such behaviour.

What is newer is that plenty of other powers seem to be singing from the Russian script.

The previously dull public diplomacy of the Chinese ministry of foreign affairs is adopting the cocky tone of their Russian colleagues.

Turkey’s control of large swathes of territory in Northern Syria is reminiscent not just of decades long Turkish control of Northern Cyprus, but also of Russia’s control of several ‘conflict zones’ such as Abkhazia and South Ossetia in Georgia, Transnistria in Moldova and Donbas in Ukraine.

A similar prospect of partition frozen in time might await Libya, with various parts being supported by various external powers possibly for decades ahead.

To a degree, Russia is not responsible that other states have been increasingly adopting the Russian blueprint for geopolitical skirmishing with the either the EU, or the US.

However, by pushing the limits of the internationally acceptable with such apparent ease, Moscow made such behaviour increasingly appealing to other powers as well.

The West’s usually meek reactions to Russia’s diplomatic, cyber, propaganda, and intelligence skirmishing with Russia has taught everyone willing to challenge the US or bully Europe should not be too shy.

In the last decade Russia has pioneered cyber attacks on critical civilian infrastructure like power grids in ways that neither China nor the US did before (the Stuxnet virus, allegedly developed by the US, targeted Iranian nuclear centrifuges, not civilian electricity supplies in Iran, for example).

Soon enough, the number of attacks against civilian critical infrastructure started to increase. Even Nato member states, among them the US, the UK, France and the Netherlands, started adapting their cyber security doctrines to make them more adapted to an ever more aggressive cyber world.

Russia’s first troll farms, sometimes called web-brigades, date from the mid-2000s and they were initially used in domestic politics.

Now, several dozen states conduct equally aggressive domestic trolling operations. Russia has been the first to internationalise on a massive scale such operations by attempting to influence the 2016 US and 2017 French presidential elections.

By 2020 many more states are in the game – Iran, China, Turkey and Israel among them.

As plenty of powers are increasingly pushing the limits of the permissible and unpunishable, it is the EU and the US that let these limits to be pushed.

The more meekly the US and especially the EU handle such aggressive tactics, the more other powers will feel tempted to imitate each other in novel ways to ignore, challenge and openly attack EU and US interests.

On some theoretical levels European leaders seem to get it.

The language on China and Turkey has toughened. Sanctions on Russia have not dithered. There is talk of making the EU more geopolitical, and more strategically sovereign at the same time.

But this theoretical realisation of new geopolitical realities has yet to turn into concrete policies. The EU approach to Russia, Turkey, the Eastern and Southern neighbourhoods remains mostly un-geopolitical.

With the post-coronavirus economic crisis defence spending might decrease, rather than continue is snail-pace increase.

Even though the EU adopted a legal framework that allows the introduction of sanctions against the (presumably identified and state-sponsored) perpetrators of cyber attacks, they have never been used.

The EU is nowhere near geopolitical relevance in either Syria or Libya.

For fear of irritating Russia, the EU is still afraid of its own shadow when it comes developing security (let alone defence) cooperation with countries like Ukraine and Georgia.

As long as concrete EU policies remain so far behind the EU’s declared desire to speak the language of power, the geopolitical disregard, sometimes verging on bullying, of the EU is likely to spread further.