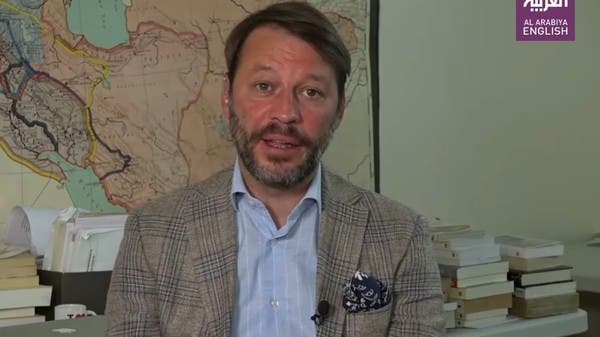 Turkey has invested too much in Libya’s Government of National Accord (GNA) to allow a conflict between its prime minister and interior minister to bring it down, a leading expert told Al Arabiya on Wednesday.

An intervention by Turkey in May rescued the Tripoli-based GNA from the eastern-based Libyan National Army (LNA), who had besieged the capital for months, and pushed the frontline eastwards to the strategic central Libyan city of Sirte.

But this week, the GNA’s handling of protests in its powerbase Tripoli threatened to drive a wedge between two of its main players: the international face of the government, Prime Minister Fayyez al-Sarraj, and its security chief, Interior Minister Fathi Bashagha.

Al-Sarraj suspended Bashagha, who had previously voiced support for protesters demonstrating against corruption, last week while the interior minister was in Turkey. Al-Sarraj has promised an investigation into reports that at least six protesters were abducted during a crackdown reportedly carried out by a GNA-aligned militia, but also imposed a 24-hour curfew on the capital.

The removal of Bashagha, a former militiaman who was the unofficial main representative of Libya’s third-largest city Misrata in the government, risks a conflict between the Tripoli-based and Misrata-based factions of the GNA that could rip it apart, according to Al-Monitor.

However, Koert Debeuf, a research fellow at the University of Oxford’s The Centre for the Resolution of Intractable Conflict, said that he believes Turkey is too invested in the GNA to allow the conflict to spiral out of control.

“I think what we have seen is a conflict within the government. I know what several militias, several people on the ground, who might eventually go in the wrong way. But I don’t think that is going to happen,” said Debeuf, who is also the editor-in-chief of the EUobserver newspaper.

“I don’t think that Turkey would be willing to see, after all what they have done for the government in Tripoli, to break things apart. This is what, for the Turks, cannot happen. Otherwise, what they have done, has been lost,” he told Al Arabiya.

To view this video please enable JavaScript, and consider upgrading your web browser

Debeuf added that Turkey and the US are pressuring both sides to go to negotiations, while the European Union’s Josep Borrell was speaking to Egypt’s President Abdel-Fatteh al-Sisi, who backs the GNA’s rival the LNA.

“All sides I think around the conflict in Libya are doing everything to push all these actors to go to negotiations. So if one side in Tripoli, be it Sarraj, be it Bashagha, decides to do otherwise, the EU has not much to pressure on, but they have partners who can do it, mainly the United States and Turkey,” he said.

The US Embassy in Libya had previously called for reconciliation on Saturday, tweeting “US supports rule of law, appreciates close partnerships with PM Sarraj and MOI Bashaga and urges cooperation in the interests of providing good governance to the Libyan people.”

US supports rule of law, appreciates close partnerships with PM Sarraj and MOI Bashaga and urges cooperation in the interests of providing good governance to the Libyan people. https://t.co/fZfN7dNGQf

Debeuf added that al-Sarraj is likely to remain as the GNA’s international face and main negotiator for ongoing peace talks.

Al-Sarraj had said last month that the GNA would cease its advance on the city of Sirte and called for the withdrawal of foreign mercenaries from the country, but remains in a state of conflict with the LNA, which is led by commander Khalifa Haftar and controls eastern Libya.

The conflict has sucked in international powers, with Turkey playing the most active role by sending thousands of Syrian mercenaries to fight alongside GNA militias. Russia, Egypt, the UAE, and France have provided support to the LNA.