War Within NATO? Why Is Turkey Getting So Aggressive With Greece? by Stratfor Worldview

War Within NATO? Why Is Turkey Getting So Aggressive With Greece? by Stratfor Worldview

Although they are supposed to be allies in NATO, both navies seems more likely to clash than in recent times.

Turkey is putting its 50-year view on maritime rights into practice through its Blue Homeland Doctrine, growing its naval and commercial presence in Mediterranean waters that it claims are part of its exclusive economic zones (EEZs). Oil and gas exploration is becoming a crucial tool in implementing this strategy. But Ankara’s attempts to claim extensive maritime resource rights risk broadening to a wider conflict with Greece and other NATO allies that would bring foreign energy projects, and potentially the United States, into the fray.

Turkey claims that all of its neighboring waters in the Aegean, Black and Mediterranean seas deserve special treatment under international law, and that the islands in the Aegean Sea (which Greece controls the majority of) should not enjoy the same rights as large countries like Turkey with lengthy coastlines. The international community never adopted these distinctions, which is why Turkey is not a signatory to the United Nations Convention for the Law of the Sea (UNCLOS) and prefers to resolve disputes through bilateral negotiations in lieu of not international arbitration. This has so far led to two major disputes with Greece in the Aegean and Mediterranean seas, as well as a major dispute with Cyprus in the eastern Mediterranean.

Turkey’s most important dispute is in the Aegean Sea, where thousands of Greek islands help boost Greece’s maritime claims over Turkey’s, and where the two countries disagree on how to even start drawing a maritime border due to the disparity in the number of islands between them. Turkey has just three islands in the Aegean Sea, while Greece claims more than 3,000. Given the higher number of Greek islands, Turkey has long maintained that any expansion of Greek maritime claims from six nautical miles (nm) to 12 nm off Greece’s shores would constitute a “casus belli,” or cause of war. While Greece and Turkey have nearly gone to war several times over disputes in the Aegean Sea, the two countries have so far avoided declaring full EEZs in the region, as well as claiming territorial waters beyond six nautical miles. But that doesn’t mean they can’t do so in the future.

By more aggressively flexing its claims through energy exploration and naval exercises in the eastern Mediterranean, Turkey is trying to both legitimize its declared EEZ claim, as well as delegitimize any potential EEZ claims in the region that Greece has through its islands of Crete, Rhodes and Kastellorizo. Kastellorizo, in particular, has the potential to generate a significant EEZ claim for Greece that could connect to Cyprus’s own claimed EEZ, thus significantly limiting Turkish claims to resources between Crete and Cyprus. Further escalation could result in Greece finally claiming its full EEZ in the eastern Mediterranean, which Athens has so far been reluctant to do for fear of spurring a wider conflict.

Turkey has also been actively attempting to delegitimize Cyprus’ claimed EEZ in the eastern Mediterranean by both conducting energy exploration in waters that Cyprus directly claims, as well as harassing foreign companies that are operating on behalf of the Cypriot government. Turkey has argued that Cyprus’ claimed EEZ is not legal because it was not done in coordination with the Turkish Republic of Northern Cyprus, which Ankara recognizes as a legitimate government for all of Cyprus. Turkey also argues that, as an island, Cyprus cannot claim a full EEZ.

The Specter of War

Turkey’s increased provocations will continue to drive the United States and other NATO countries, including France and Greece, to boost their own naval presence in the eastern Mediterranean. Both Turkey and Greece will try to refrain from crossing red lines that could spur a larger confrontation that neither wants, but the higher presence of ships in the eastern Mediterranean will nonetheless increase the possibility of incidents, as evidenced by the Aug. 10 collision between the Greek frigate Limnos and the Turkish frigate Kemal Reis. International mediation would likely avoid further escalation to a military conflict between Greece and Turkey, but is unlikely to result in a diplomatic solution to their dispute.

In the case of a wider crisis, most NATO members would view Turkey as the aggressor and would likely back Greece. This would likely reinforce Ankara’s overall pursuit of its maritime strategy and intensifying national security push by offering Turkey further proof that NATO does not prioritize its national security priorities. Countries can only leave NATO on their own accord, which Turkey remains is unlikely to do. Instead, Ankara would probably continue to reduce collaboration with NATO countries.

Despite Cyprus and Greece’s calls for a more significant response to deter Turkey’s behavior, the European Union will likely be hesitant to impose more drastic measures for fear of prompting Ankara to reduce cooperation on migration and other EU priorities. Unless Turkey starts to more directly protect its claims in the Aegean Sea, fires upon a Greek or another European vessel, or conducts drilling or exploration activities around Crete, Brussels will likely limit its sanctions pressure to companies and individuals supporting Turkish activities in the Mediterranean.

Energy Projects in the Crossfire

The United States will likely let the European Union continue to take the lead in responding to Turkey’s attempts to delegitimize Greek and Cypriot maritime claims, but Chevron’s recent entry into the eastern Mediterranean could eventually draw Washington more directly into the conflict. On July 20, Chevron announced an agreement to acquire the Houston-based oil and gas firm Noble Energy, which operates both the Leviathan gas field off the coast of Israel and the Aphrodite gas field off the coast of Cyprus. Ankara, however, will likely adopt a more hands-off approach to U.S. companies operating in the region, as the United States would be more willing to impose hardline sanctions in response to American firms being drawn into its maritime disputes.

By continuing to increase the cost of developing resources in Cypriot waters, Turkey’s ongoing harassment of foreign energy firms will drive its neighbors closer together on both maritime security and energy exploration issues. But it could also potentially halt their construction of the proposed East Med pipeline. Cyprus, Egypt, Greece and Israel created the East Mediterranean Gas Forum in 2019. The quartet has since collaborated to construct the roughly $6 billion pipeline project, which would carry natural gas from the eastern Mediterranean to Europe. Under international law, Turkey is technically required to allow other countries to build pipelines through its EEZ. But Ankara retains the power to demand that any constructors of the East Med pipeline adhere to its environmental reviews and oversight, which would be de facto recognition of Turkey’s EEZ. Otherwise, Turkey could send its navy to harass or intercept vessels involved with construction as Ankara did in 2018 with a drillship planning to spud a well in Cypriot waters.

Previous Article
Who is behind wave of killings of tribal sheikhs in east Syria?
Next Article
Call for Application – Iraqi Women Media Prize for Best National Coverage of Women’s Rights Issues | Re-Ad 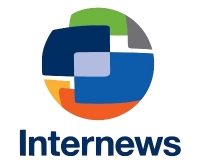