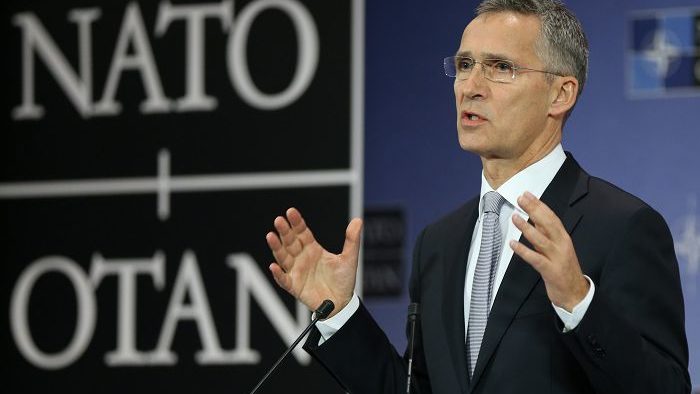 The S-400 air defense systems Turkey purchased from Russia “pose a risk to Allied aircraft and can lead to US sanctions,” NATO Secretary-General Jens Stoltenberg said on Monday at a joint press conference with the Turkish foreign minister during a visit to Ankara.

“This is a national decision for Turkey to make, but the S-400 cannot be integrated into NATO’s air and missile defense system,” Stoltenberg stated.

“And I urge Turkey to work with other Allies to find alternative solutions. And we discussed this during our meeting today.”

A piece of official correspondence seen by Turkish Minute on Friday showed that Ankara was preparing to test the Russian air defense system’s firing and radar capabilities October 5-16.

Turkish authorities have remained silent, and no official announcement has yet been made.

The NATO secretary-general also commented on tensions in the eastern Mediterranean where Turkey and Greece, two NATO member countries, had come to the brink of conflict after Turkey’s survey ships sailed into disputed waters in search of hydrocarbon resources.

Stoltenberg commended the efforts of both parties for their engagement in dialogue.

“We have now established a military de-confliction mechanism to reduce the risk of incidents and accidents in the region,” the NATO official said.

“This includes a commitment to use a secure hotline that has been set up between Greece and Turkey, available 24/7. The mechanism was achieved through the constructive engagement of Turkey and Greece at NATO headquarters. I welcome this and pay tribute to both Allies for their efforts. And we stand ready to develop it further.”

As Stoltenberg arrived in Ankara for talks with Turkish authorities, Turkey’s drillship, the Yavuz, left disputed waters southwest of Cyprus and is currently anchored in southern Turkey’s Silifke harbor.

“The de-confliction mechanism can help to create the space for diplomatic efforts. It is my firm hope that the underlying disputes can now be addressed purely through negotiations,” Stoltenberg stated.