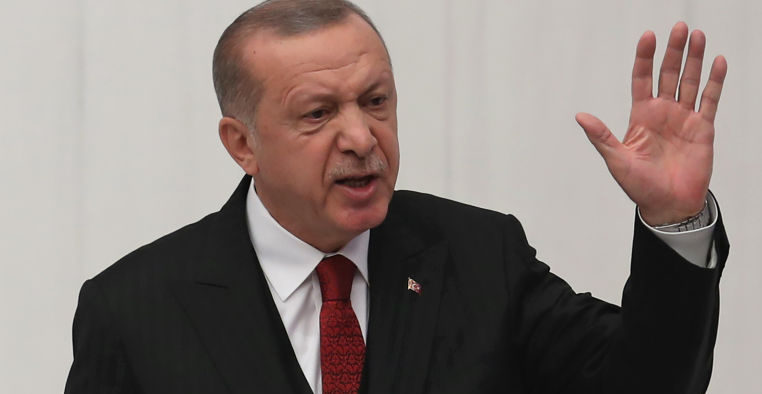 Turkey’s President Recep Tayyip Erdogan has reiterated his criticisms against French President Emmanuel Macron for using what he called an anti-Islam rhetoric that includes the creation of “French Islam” to cover up his failures in running his country.

“Those who are disturbed by the rise of Islam are attacking our religion through the crises they cause. Anti-Islam and anti-Muslim rhetoric is the most useful tool for Western politicians to cover up their failures. ‘French Islam,’ ‘European Islam,’ and ‘Austrian Islam’ are recent examples to this,” Erdoğan said in an online message he conveyed at a meeting held by the Organization of Islamic Cooperation (OIC) on Oct. 20.

“The real objective of these initiatives led by French President Macron is to settle accounts with Islam and Muslims,” he said, suggesting that these aim at bringing about a coward, unassertive and shy profile for Muslims.

“We should not allow the imperialists to divide us as Shiite-Sunni, white-black, Turkish, Kurdish, Arab or Pharisee. We will love each other only for God, not because of our ethnic identity, tribe or race,” Erdoğan said, stating that the division among the Muslim communities in the world encourages the West and imperialist powers in their attacks against Islam.