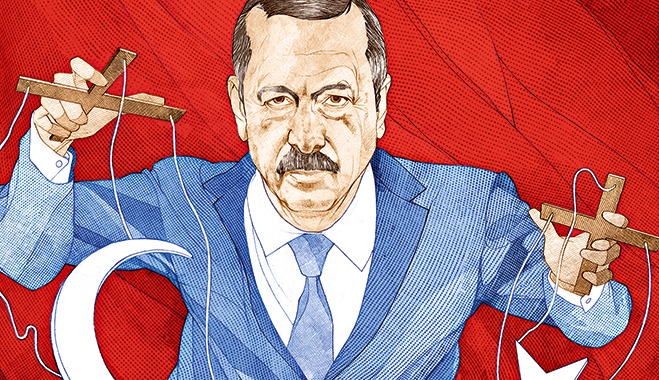 According to the four people familiar with the chain of events, Naci Agbal was propelled into the central bank job after he and other senior AK Party members warned the president about sharply depleted foreign reserves.

Their accounts offer important clues to the sudden economic pivot over the weekend of Nov. 6-9. Investors are still trying to navigate what Erdogan has called a new economic era, with the lira rising 10% on the reshuffle but dropping back 5% this week.

Over at least two days of briefings leading to Erdogan’s decision on Friday Nov. 6, he was also warned about a failure to secure more foreign funding from abroad, and strains from the lira’s 30% fall since January and COVID-19, the sources said.

Alarmed, the president summoned then-central bank governor Murat Uysal that Friday to ask how net FX reserves had fallen by more than half this year and his plan to restore the buffer.

The drop is recorded in public central bank data so cannot have been a surprise, but the sources said the chat convinced Erdogan that Uysal must be replaced.

“Uysal’s removal and Agbal’s appointment happened in a matter of hours,” one of the sources, who is close to the ruling AK Party (AKP), said. All the sources requested anonymity because they were not authorised to speak publicly.

The presidency declined to comment on Erdogan’s meetings ahead of Uysal’s dismissal, which was announced in the early hours of that Saturday with little explanation. Uysal was not immediately available to comment.

On the Sunday, Erdogan’s son-in-law Berat Albayrak abruptly resigned from his position as finance minister – a political earthquake for a powerful figure once seen as a potential successor to the president. Albayrak could not be reached for comment.

A second source said Erdogan had been told of the concerns of business leaders about a “major wave in unemployment” once the government lifts a coronavirus-related ban on layoffs.

Last week, the central bank under Agbal delivered a 475-point rate hike, its sharpest in more than two years.

Yet the currency’s weakness this week suggests Erdogan may need to do more to show he is serious about his Nov. 11 promise of market-friendly economic reforms.

After years of blaming high interest rates and foreign investors for the economy’s ills, Erdogan said both would now be embraced.

Economists have said it was Erdogan’s repeated calls for low rates that limited the central bank’s ability to battle inflation, and prompted it to tap dollar reserves to support the currency.

Three of the sources said the president had been misled.

“Erdogan was really not informed consistently about the economy. He was always given polished information from one side,” the first source said. A third source said that in the past he was promised reserves would rebound along with the lira.

Albayrak’s resignation, in a note posted on Instagram, was not confirmed by the presidency for more than 24 hours.

He cited health reasons, but his departure came after he was not invited to two weekend meetings chaired by Erdogan and the vice president, the second source familiar with the matter said.

The finance ministry declined to comment on the quick overhaul, in which Lutfi Elvan, another AKP stalwart, replaced Albayrak late on the Monday.

The pivot came ahead of new restrictions imposed last weekend to rein in the coronavirus that are expected to slow the economy, and after Joe Biden’s White House victory, which foreshadows tougher U.S. ties for Turkey.

Influential voices convinced Erdogan that “calamity is near,” said GlobalSource Partners analyst Atilla Yesilada. They “forced him to reassess the conditions on the ground and the chances of his regime surviving through the winter.”