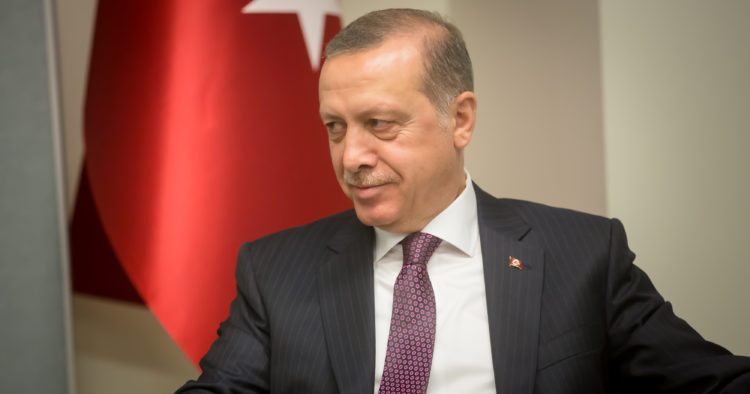 EXECUTIVE SUMMARY: Gloomy facts and figures about a country are one thing, but a sense among large numbers of citizens that they do not belong to their homeland is a different story. Recent research has found that 38% of Turks do not feel they belong in their own country.

Turks have many good reasons not to be proud of their country’s current standing in terms of wealth, democracy, civil liberties, and justice. Turkey is a country of 83 million people, excluding four million or so Syrian refugees, and its per capita income for 2019 was barely $9,000. Freedom House put Turkey on its “not free” list of countries in its 2020 assessment, a grouping that also contains Afghanistan, Angola, Belarus, Brunei, Chad, Djibouti, Eritrea, Gabon, Iran, Iraq, Libya, Myanmar, North Korea, Nicaragua, Qatar, Rwanda, Somalia, Sudan, and Yemen.

According to the World Justice Project, Turkey ranks 107out of 128 countries on rule of law. According to Reporters Without Borders’ press freedom ranking, Turkey is 154th out of 180 countries, scoring worse than Pakistan, Congo, and Bangladesh.

These are gloomy facts and figures that should make any Turkish citizen unhappy about his country. But the feeling among Turkish citizens that they do not even belong to their own country is a different story.

A 19-year-old Turkish student I interviewed in July for an article I wrote for the Gatestone Institute told me, on condition of strict anonymity for fear of prosecution: “This is not the country I dreamed of. … I don’t feel I belong to my own country anymore. I see no sign of a free life. I will go to Europe for further studies and probably visit Turkey just for holidays.”

New research has found that millions of Turks feel this way. A study by KONDA, a leading Turkish pollster, revealed that 38% of Turks feel like heimatlos, or “strangers in their own country.”

The percentage of Turks who feel like heimatlos varies, of course, depending on their political preferences. Seventy-four percent of Turks/Kurds who vote for a pro-Kurdish party feel they do not belong in Turkey, as do 51% of “modern Turks.” Strikingly, this feeling is shared by a full third of religious/conservative Turks and even 24% of Turks who vote for President Recep Tayyip Erdogan’s Justice and Development Party (AKP).

KONDA’s research also found that most Turks, with the exception of AKP loyalists, do not see a bright future for their children. Seventy-four percent of AKP voters say they expect a bright future, but the percentage is only 44% for supporters of Erdogan’s de facto partner, the Nationalist Movement Party, and less than 20% for voters of all other parties.

KONDA’s findings are consistent with those of other research on Turkish youth behavior. For instance, SODEV, another pollster, found that 60.5% of youths who support Erdogan said they would prefer to live in Christian Switzerland even if they had only half the salary they would earn in Muslim Saudi Arabia. SODEV’s study also found that 70.3% of respondents think a talented young person would never be able to get ahead professionally in Turkey without political/bureaucratic connections or nepotism. Only 30% feel they can freely express their opinions on social media.

When a young person feels alienated from his homeland, is already disappointed at a young age, and anticipates an even gloomier future at home, he is likely to consider relocating to another country. In 2019, 330,289 people left Turkey to live abroad. Official data show that 40.8% of those people were between the ages of 20 and 34.

According to Seren Selvin Korkmaz, executive director of the Istanbul Policy Research Institute, youth unemployment and authoritarian tendencies in the country create a “violence of uncertainty” for young Turks.

Ağırdır, author of the book The Future in Quest of Its Story (Hikayesini Arayan Gelecek in Turkish), notes that studies show that as few as 10% of Turks would trust a Turkish stranger. “This is the result of a paradigm built as a result of AKP’s policies: Today the state thinks that its only ‘good citizens’ are devout Sunni Muslims,” he says.

The Turks whom the mighty state views as “bad citizens” do not feel they belong in their own country. KONDA’s research only confirms what everyone empirically knew: Turkey is a land of 31.5 million heimatlos.

By: Burak Bekdil – an Ankara-based columnist. He regularly writes for the Gatestone Institute and Defense News and is a fellow at the Middle East Forum.