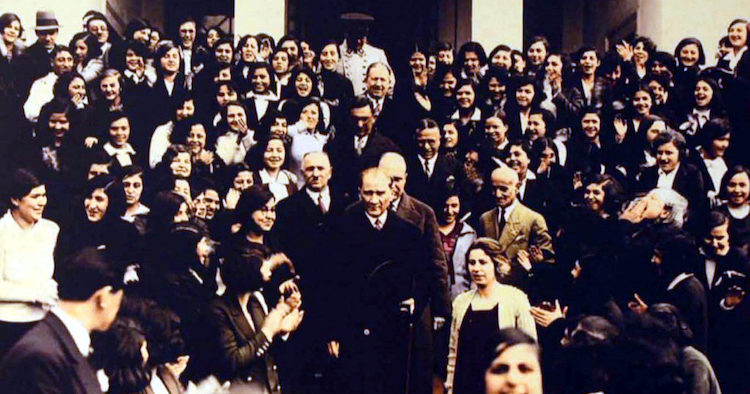 How successful is the Republic of Turkey which was founded from the ashes of the Ottoman Empire? Or is it successful? Now, it is time to ask this question. To answer it, we have analyzed the genetics of the new state. How was it designed? What were its goals? How many of these goals have been achieved? We can decide on this only after evaluating these questions.

The Ottoman Empire was a multinational, multi-religious, and cosmopolitan state. On the other hand, the Republic of Turkey was a project to build a nation-state in which a single ethnicity was accepted as the nation. It pretended to be modern or to become modern and modernize the people. The Ottoman Empire was a constitutional monarchy when it ended in 1922. In other words, it was a semi-democratic constitutional monarchy. The Ottoman Empire was not a full democracy although it had not excluded democracy from its regime. The Young Ottomans or Unionists undermined the democratic institutions with a coup and a dictatorial regime, but the absolute monarchy was an old story. The sultan had no longer absolute power. But the new constitutional monarchy was not fully democratic, and it was seized by a kind of one-part despotism. The Republic of Turkey maintained this legacy and it did not try to build a democratic state. Just like the Unionist, they adopted a despotic reform attitude as one of the main pillars of the new regime. The party of Union and Progress was replaced by the single-party rule of the Republican People’s Party. Now there was a single Chief Commander instead of the Three Pashas. Therefore, it was the same political system although the monarchy evolved into a republic.

The cosmopolitan society officially ended with the republic. A monolithic nation was created. Non-Muslim minorities in Asia Minor were diminished. The Kurdish identity was refused, and assimilation of Kurds turned into a state policy. The ‘Folk Islam’, a term that is invented by Turkish sociologist Şerif Mardin for the Sofi Islam that had a relatively independent organization structure from the state, was also thought of as an apparat of the secular attitude. This aspect of Islam was designed to be a loyal servant of Turkish nationalism and the state. The Alawites, Shafis, Bektashis, and other sects of Islam were deemed non-existent. But they were still there. Therefore, they were also the target of assimilation to create the desired religious environment. According to Kemalists, the universality of Islam was against the nation-state structure and that’s why they built a Turkish Islam that was purged from Arabs. A new religion was built, and it was unified with the state and came under the domination of the state. Since the politics had been superior to the religious organizations since the Ottoman Empire, it was seen as a legitimate move. As a result, the religion reconciled with the state and became only an apparat to justify Kemalist reforms. Deviations from this religion that is secular and consistent with the state have always been labeled as reactionism and therefore they are prosecuted

Today, it is not possible to see the Turkish modernization is successful. Because the modernization was the aim of reaching the development level of the West. Indeed, the modernization of Turkey in the 1930s was in line with the fascist regimes of some European countries like Germany, Italy, and Spain that had similar single-party dictatorships. But when fascism lost World War II, the contemporary civilization started to be represented by multi-party democratic market economies. Although Turkey reacted to play along with this development by allowing meaningful opposition, this leaven would not be successful. Because unlike the European regimes mentioned above, the Turkish despotism was not dissolved. Kemalists thought that it would be enough to bring the democracy formally. They were badly wrong. They set up a system of tutelage and “balanced” the democratic system in each decade. But this system could only live until the end of the Cold War. No one was interested in real democracy in Turkey during the Cold War. Playing its role in NATO and staying away from communism were enough to be part of the alliance. But soon after the end of this Cold War geopolitics, Turkey was left out in cold.

The contemporary civilization had made a long way while Turkey showed its true color. Turkey started to lash around. Some liberal intellectuals were aware of the situation and they insisted on a liberal constitution. But all of them were indoctrinated by the Kemalist ideology. So-called reformist movements, parties, or leaders were applying Kemalist methods when they came under pressure. For example, Bülent Ecevit could not understand the European Union Accession. He perceived this process as “they are (in) common and we are the (colonial) market”. Süleyman Demirel failed to liberalize Turkey by making use of privatization and decentralization trends. Turgut Özal hesitated to solve the Kurdish problem and giving political freedom. He said no to abolishing the political ban. Ecevit had a second chance, but he wasted this by the headscarf ban. Demirel experienced the same fate by becoming the president of the deep state. When Necemettin Erbakan came to power, he could not integrate his movement into the system because of his discourse with the flavor of Middle Eastern socialism and Islamist autocracy. Alparslan Türkeş died and he could not find an opportunity to normalize his party. His successor Devlet Bahçeli could not convince the actionist grassroots to an immobile party of the system. Erbakan’s apprentices started their journey with the aim of liberal constitutional democracy and accession to the European Union, but they could not satisfy their greedy desires and found themselves on the lap of the deep state. The Republican People’s Party and Kemalists could not make peace with international social democrat principles because of their DNA. Central rightists could not set the republic up with the liberal market economy and constitutional liberalism. They were trapped within the rural banality and therefore they could not back international values.

Today’s Turkey is luckily not an ethnic-nationalist country despite all fascistic and despotic practices. The policy of state religion has collapsed and after the era of strict laicism, a reactionary movement of Islamism diffused into the core of the state. The oppression and exclusion policies helped Kurds for the awareness of their national identity instead of being only an ethnic element. The country has been divided into hundreds of pieces like Turks-Kurds, Sunnis-Alevites, Islamic-Secularistic, educated-uneducated, urbanized-countryman, etc. The project called the Turkish Republic was not a democracy and it failed to create a uniform society. Now we have an unsuccessful republic project in the 21st century. It is not unified or harmonized, it could go nowhere fast for the sake of modernization, it does not respect human rights or freedoms, it has a poor rating for human development, it is worse than many other Islamic states in terms of gender equality, and instead of the European Union, it is integrated to the corruption and organized crime!

It is impossible to claim that the Republic of Turkey is a successful project.