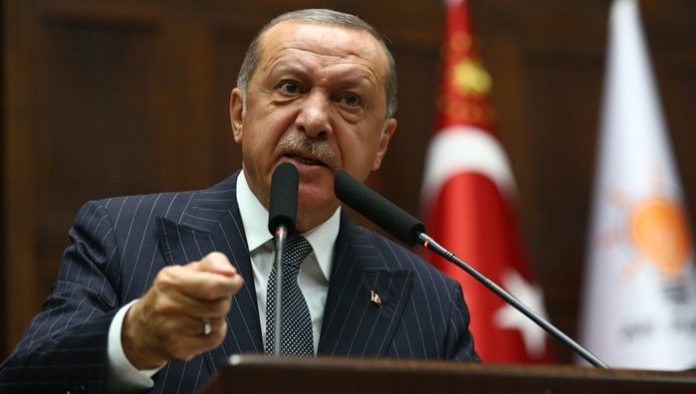 Turkish exporters say they have become collateral victims of President Recep Tayyip Erdogan’s aggressive foreign policy. Ankara’s push to exert its influence in the Middle East and Africa has provoked a strong reaction from the likes of Saudi Arabia and Egypt. But the increasingly high economic cost being paid by Turkey could be the impetus for a diplomatic reset.

Turkey’s ties are strained across the Middle East.

Ali Eren says relations with Saudi Arabia and with Egypt are poor. Eren is the CEO of the Turkish industrial boilermaker Erensan. With the Middle East a significant market, Turkey’s turbulent relations have forced a considerable reset.

“We shifted a little bit to the east to Indonesia, for example, and to Bangladesh, which turned out to be good markets for us as well,” said Eren. “But it’s not automatically done because we have to work first to get into the market.”

A Saudi trade boycott has hit Turkey’s massive textile industry, which supplies many of the big international brands. Riyadh and Cairo have united against what they consider to be Ankara’s increasingly assertive efforts to extend Turkish influence across North Africa and the Middle East.PUBLICITÉ

Turkey under Erdogan has opened several new embassies across Africa in the hope of tapping into the continent’s markets. But the growing regional push back led by Riyadh is now thwarting Turkey’s efforts to penetrate North African markets.

“Turkey wants to be an economic player in the region. Turkey has an export-orientated economy,” says Emre Caliskan at the University of Oxford.

“So whenever Turkey started to have a better relationship with some countries, this could be Morocco and Algeria. They always found a country trying to position itself towards Saudi Arabia,” he added.

Khartoum turns away from Ankara

The new Khartoum government has since pivoted away from Ankara and towards Riyadh. But some analysts suggest, the Covid-19 pandemic could be the catalyst for Turkey looking to Saudi Arabia to resolve their differences.

“Turkey had been suffering the negative effects of the Covid-19 outbreak, so the Turkish economy has had difficult days,” said Caliskan,

“So Turkey hopes by approaching Saudi Arabia, it would help the economy to boost again; as you might remember, for almost a year, Saudi Arabia were boycotting Turkish goods and products,” he added.

A history of close ties with Saudi Arabia

Turkey and Saudi Arabia have in the past enjoyed close ties, with Riyadh investing significantly in Turkey. A reset in Turkish-Saudi relations could also trigger a broader regional diplomatic reorientation for Turkey.

“The Turkish leadership and the Saudis felt the need to reassess the situation and to be able to start a dialogue in their interest,” said retired Turkish ambassador Mithat Rende, “it could be the start of a normalisation of relations with Cairo; why not?”

With Eren’s boiler business still counting the cost of Turkey’s regional isolation, coupled with the impact of Covid-19, talk of a rapprochement is welcome.

“Egypt has been a loss for us, but we are not worried. It’s going to come back again because politics change,” said Eren.