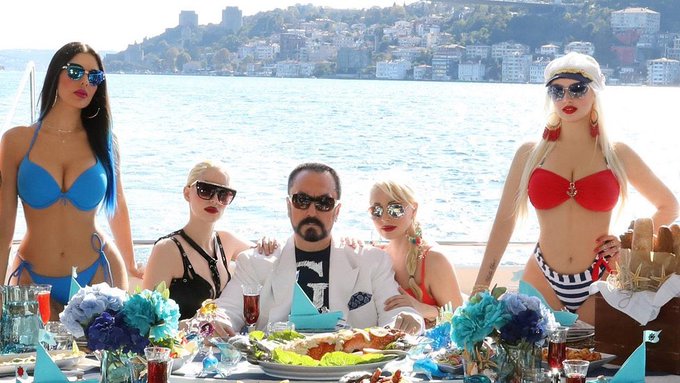 A Turkish court on Monday sentenced television ‘preacher’ and author Adnan Oktar to more than 1,000 years in jail for crimes including forming and leading a criminal gang, fraud and sexual abuse, state media said.

Oktar previously ran his own television channel A9 on which he hosted talk shows on Islamic values. On occasion he was broadcast dancing with young women he called “kittens” and singing with young men he dubbed his “lions”.

Istanbul police arrested Oktar in July 2018, and he, along with 77 others, was kept in custody during the trial.

Oktar and 13 other high-ranking members of his group were in total sentenced to 9,803 years and six months in jail, state-owned Anadolu news agency reported. Oktar himself was sentenced to a total 1,075 years and three months in prison on 10 counts. The sentences will run consecutively.

The court continued to hand down sentences for the trial with 236 defendants most of whom pleaded not guilty and demanded acquittal, Anadolu said. Adnan Oktar denied the charges against him and demanded his release, Anadolu reported earlier.

Oktar, who began forming groups of followers at the end of the 1970s, had previously faced a number of trials on charges including forming a criminal gang, but was acquitted.

According to his website, Oktar has written more than 300 books, translated into 73 languages, including one under his pen-name Harun Yahya in which he argues that Darwin’s theory of evolution is at the root of global terrorism.