With eye on Turkey, Greece to extend western coastal waters

With eye on Turkey, Greece to extend western coastal waters 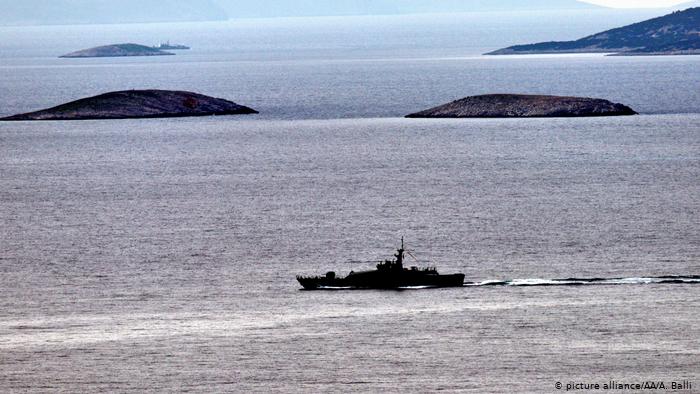 ATHENS, Greece – Greece says it plans to extend territorial waters along its western coastline from six to 12 nautical miles, a move that could impact a tense dispute with neighbour Turkey.

Although Greece’s western coastline faces Italy and borders Albania, the expansion is aimed at underscoring the country’s right to implement the United Nations Convention on the Law of the Sea, which set the 12-mile limit in 1982.

“This is a historic decision, as Greece extends its territorial waters to 12 nautical miles in this area and expands — for the first time since 1947 — the area of its territory,” Tarantilis said.

“The Hellenic Republic reserves the right to exercise its respective rights in other regions of its territory.”

NATO members Greece and Turkey are at odds over sea boundaries and mineral rights in the Aegean Sea and eastern Mediterranean. the dispute triggered a tense standoff last year when a Turkish research vessel was used to survey waters where Greece claims jurisdiction.

Turkey says an extension of Greece’s territorial waters eastward would be considered an act of war, arguing that Greek islands would effectively block its access to the Aegean.

Talks between the two countries to try to resolve the dispute broke down four years ago. Under pressure from western allies, the two sides say they are willing to restart that dialogue.

Previous Article
Turkish President Erdogan’s bodyguard, wanted by the US, engaged in covert intelligence ops in Libya
Next Article
Turkish authorities yet to start investigation into disappearance of purged public servant after 15 days