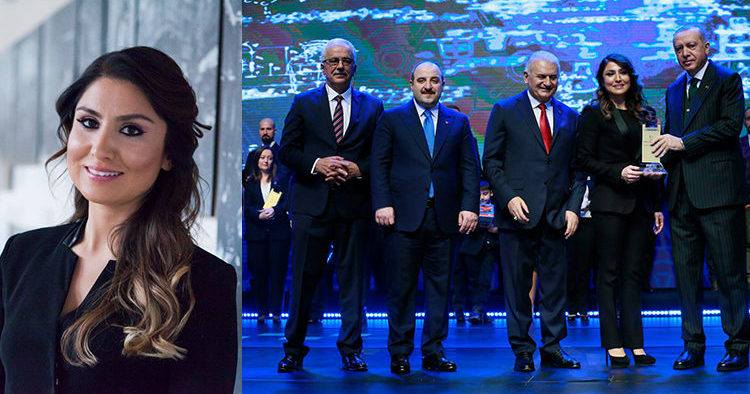 The judge representing Turkey on the European Court of Human Rights (ECtHR) dissents from majority opinions in cases whose applicants are political critics of Turkish President Recep Tayyip Erdoğan, taking an explicit stance in line with local Turkish courts that are already under the strict control of the government, a Nordic Monitor review of the top court’s rulings shows.

Thirty-eight-year-old Saadet Yüksel, the youngest member of the court by far, started her tenure on the bench on July 1, 2019, after a long period of tension between Turkey and the Parliamentary Assembly of the Council of Europe (PACE), which rejected several nominees submitted by Turkey, finding them unqualified. The crisis was finally resolved with the selection of Yüksel, an academic from the Istanbul University law faculty.

Following Yüksel’s appointment, human rights observers expressed concern over her impartiality given the close relations between Turkey’s ruling Justice and Development Party (AKP) and the judge. Not only was her brother Cüneyt a former AKP lawmaker and deputy chairman, but Yüksel herself was affiliated with Islamist foundations supported by the Erdoğan government. She was also an assistant to and student of the late Burhan Kuzu, a chief aide and leading propagandist of President Erdoğan. Nordic Monitor previously published a report on Yüksel’s strong links to the government.

As things now stand, the critics have been proven right since Yüksel voted against decisions suggesting that Erdoğan opponents could benefit from fundamental articles of the European Convention for the Protection of Human Rights and Fundamental Freedoms, widely considered the most effective international treaty for human rights protection.

However, Yüksel voted against the court decision that urged Turkey to take all necessary measures to secure Demirtaş’s immediate release. Yüksel also stated that she did not agree with the majority concerning Demirtaş’s “victim status” of long pre-detention and violation of his freedom of speech.

“In light of the foregoing, I believe that the national authorities had sufficient grounds to conclude that there was a reasonable suspicion that the applicant had committed an offense. Accordingly, I am of the opinion that there has been no violation. …” she wrote in her partly concurring and partly dissenting opinion regarding the ruling.

Interestingly, Yüksel argued that Demirtaş’s main complaint, which was that he and other persons from his party were specifically targeted because of their position in the Turkish political scene, was groundless given the fact that members of parliament from other political parties were also subject to criminal proceedings in Turkey, without mentioning that all of them were members of the opposition.

Although the ECtHR’s rulings are legally binding according to the Turkish constitution, Turkish authorities did not implement the ruling. Moreover, the Ankara 22nd High Criminal Court accepted a new indictment on December 28, 2020 seeking a lengthy prison sentence for pro-Kurdish Peoples’ Democratic Party (HDP) members including Demirtaş.

The new charges are not surprising to those who heard Erdoğan saying one day after the ruling that the ECtHR had acted on behalf of a terrorist, adding that it could not pass judgment in the place of Turkish courts.

On December 10, 2019, the ECtHR ruled that 63-year-old businessman and human rights activist Osman Kavala’s prolonged pre-trial detention was politically motivated. Kavala was accused of orchestrating and financing the Gezi protests, which objected to plans to construct a shopping center in the Taksim district of İstanbul in 2013. The court also called on Turkey to put an end to Kavala’s detention and secure his release immediately.

Voting against the ruling to release Kavala, Yüksel also argued that his case cannot be viewed as concerning human rights activism in general in Turkey, adding that Kavala’s activities must be assessed as part of a wider analysis.

“In this respect, I do not agree with the majority’s conclusion that the initial and continued detention of the applicant pursued an ulterior purpose, namely to reduce him to silence as a human-rights defender and NGO activist,” she stated.

Expressing that the status of activist cannot be treated as a guarantee of immunity, Yüksel also claimed that Kavala was also suspected of having committed an offense under Article 309 of the Turkish Criminal Code, that is, attempting to overthrow the constitutional order. This is a widely used pretext in almost every indictment drafted by Turkish prosecutors against critics of the government.

Yüksel openly supported the Turkish government and claimed the Turkish judiciary did not launch criminal investigations into Kavala for political purposes.

On February 18, 2020 the charges against Kavala and eight suspects in the Gezi protests case were dropped by an Istanbul court. But hours later, a new detention warrant was issued over a 2016 coup attempt that resulted in a massive crackdown on Erdoğan critics. Kavala was re-arrested before he was even able to step outside the prison.

Finally, Turkey’s Constitutional Court ruled on December 29, 2020 that Kavala’s detention did not violate his rights to liberty and security.

On October 27, 2020 the ECtHR ruled that it was a violation to fine Kemal Kılıçdaroğlu, the leader of Turkey’s main opposition Republican People’s Party’s who was convicted in 2012 of defaming then-Prime Minister Recep Tayyip Erdoğan in two political speeches during party meetings in parliament.

“The two offending speeches were manifestly political in nature. … The role of the domestic courts in such proceedings does not consist in indicating to the defendant what style he should have adopted in exercising his right to criticism, however caustic the remarks may have been,” the court’s ruling said. Turkey was ordered to pay Kılıçdaroğlu more than €12,000 in damages and legal expenses.

Yücel again expressed a partly concurring and partly dissenting opinion on the court ruling and opposed just satisfaction, suggesting only a procedural violation would have been sufficient. Yücel also supported the Turkish Constitutional Court’s unanimous ruling that there had been no violation of Kılıçdaroğlu’s right to freedom of expression in 2017.

“I must stress that I fully share the considerations of the Constitutional Court, which has emphasized the duties and responsibilities of politicians. In my opinion, politicians must avoid using coarse, demeaning, humiliating, and contemptuous language about their political opponents,” Yüksel wrote in her statement.

On November 10, 2020 the ECtHR ruled once again that Turkey had violated the right to liberty and security and the right to freedom of expression of a group of journalists and executives from the Cumhuriyet daily who stood trial on terrorism charges.

Yüksel, who also voted with the majority in favor of finding violations, intended to dissociate herself from certain parts of the judgment. She particularly expressed her objection to paragraphs in the ruling that favored the questioning of the Turkish government’s official narrative of a controversial coup attempt in 2016 that many believe was a false flag operation orchestrated by Erdoğan and his inner circle.

The ECtHR ruled on November 24, 2020 by a majority that journalist and now-lawmaker Ahmet Şık’s freedom of expression had been violated. The only judge who did not agree with that ruling was, as expected, Yüksel. Şık was arrested on December 30, 2016 on allegations of “disseminating terrorist propaganda” and “aiding a terrorist organization” over his work at the Cumhuriyet newspaper.

Yüksel argued that taking into account Şık’s activities, referring to interviews with a militant from the outlawed Revolutionary People’s Liberation Party/Front (DHKP/C) and leaders of the outlawed Kurdistan Workers’ Party (PKK), she could accept that there was reasonable suspicion in relation to the offense of disseminating propaganda in favor of terrorist organizations.

“The applicant conducted an interview in the midst of a terrorist operation with one of the hostage-takers who had taken a prosecutor hostage and subsequently murdered him, and another interview with one of the PKK’s leaders. In my view, it is understandable that these interviews and some of the applicant’s other activities (certain social media posts, etc.) may not be considered just to be a matter of freedom of the press and may be the subject of a criminal investigation in order to ascertain whether they fall within the scope of that freedom.” she wrote in her dissenting opinion.

The ECtHR had found that the pre-trial detention of former Turkish judge Hakan Baş was unlawful. Baş was accused of membership in a faith-based group, namely the Hizmet or Gülen movement, inspired by Fethullah Gülen, which the Turkish government unilaterally describes as a terrorist organization. The only judge who considered the applicant’s detention lawful was Yüksel, despite the fact that she said there was a lack of reasonable suspicion at the time of the applicant’s initial pre-trial detention and agreed to the ruling that Turkey should pay compensation to Baş.

Yüksel was recently at the center of harsh criticism during an official visit to Turkey in September 2020 by her boss and President of the European Court of Human Rights Robert Spano. Spano was the first ECtHR president to pay an official visit to Turkey, the government of which is a party to more than 16 percent of the cases before the Strasbourg court. Spano and Yüksel met with President Erdoğan behind closed doors at his presidential palace.

Those who expected Spano would give a strong message to top officials that Turkey must implement European court judgments and respect the rule of law were deeply disappointed. Spano made courtesy visits and received an honorary doctorate from Istanbul University, which has fired scores of academics in a massive crackdown since 2016, in a ceremony in which students and journalists were not allowed to participate upon Spano’s request.

Chastised for legitimizing Erdoğan’s unchecked rule by human rights defenders, President Spano was also criticized for coming under the influence of Yüksel. Apart from honoring İstanbul University, where Yüksel was working before being elected to the ECtHR, Spano surprisingly traveled to Yüksel’s hometown of Mardin, a city in southeastern Turkey, and met Yüksel’s family members including her brother and former AKP lawmaker Cüneyt. Spano drew ire from the Turkish opposition after posing for pictures with members of the AKP. A photo shared on Twitter by the AKP women’s branch in Mardin was immediately deleted following a flurry of criticism. Spano visited the governor of Mardin, who was at the same time acting mayor of the city, the elected mayor of which from the HDP was ousted by the government in 2019.

It is still unclear why Spano dedicated time to visiting Yüksel’s hometown during his official visit to Turkey. French daily Le Monde claimed that Yüksel and Spano are close friends, implying that their relationship is more emotional than professional.