On Erdoğan and Europe’s ‘ontological’ choice

On Erdoğan and Europe’s ‘ontological’ choice 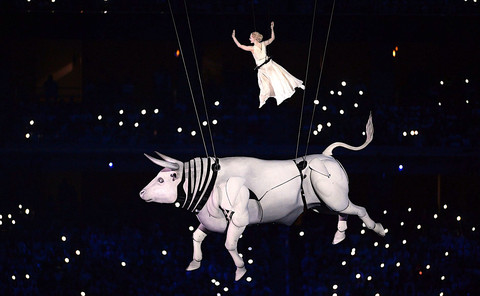 In a recent speech in his Çankaya Palace in Ankara to EU countries’ ambassadors, Turkey’s president Recep Tayyip Erdoğan proclaimed that: “The EU accepting Turkey as a full member will be an ontological choice in terms of the future of the Union.”

His tone was conciliatory, but the content – designed to impress, with a long list of Erdoğan’s contributions to solving Europe’s problems: Syria, migration, the Covid-19 pandemic, and so on.

He promised Turkey could solve even more EU problems, including its “ontological” ones.

The contrast with his previous, anti-European speeches was diametrically clear.

Just as clear as the link between Erdoğan’s sudden volte-face and recent events in America, where his temperamental friend, outgoing US president Donald Trump, recently lost elections.

But this piece isn’t about Erdoğan or Trump.

It is about wider Europe, which Erdoğan so eloquently committed himself to help.

There is a reason why strongman leaders like him on Europe’s fringe feel a gravitational pull toward her, which deserves closer attention.

Indeed, looked at from the safe distance of a dictator’s throne, EU politics must look like an oddity.

It is slow, inefficient, needlessly transparent, and hopelessly consensual. The issues are laid wide open and endlessly discussed. Tensions are allowed to reach boiling point, before compromises form, which are highly valued by the hugely unequal partners who make them.

People in many countries in the EU neighbourhood are spared such spectacles.

In Russia and Turkey, for instance, decisions are taken swiftly and announced on large podiums in front of loving crowds.

Grave responsibility and popular adoration mix freely in the cult of the leader, who is an emanation of the country’s prowess, virility, and other manly virtues.

You can see it on TV in the sort of public-relations Blitzkriegs in which Erdoğan or Russian president Vladimir Putin, not to mention Trump, excel.

They pick a foreign, preferably European leader, and strike them down with mighty words, such as Erdoğan’s recent tirades against French president Emmanuel Macron over cartoons of the prophet Mohammed.

If that’s not enough, then a real Blitzkrieg – war – for instance, in Syria or Ukraine, or elsewhere, is also used as mythopoeia.

The terrain doesn’t matter. What matters is the display: of power and daring.

For leaders like this, Europe provides an ideal background for their theatre.

Sure to be slow, Brussels, Paris, or Berlin will struggle to formulate common words or a plan of action together with my capital, Sofia, or with Dublin and Lisbon, on the other side of the continent.

And it will be another matter altogether to actually follow through with EU-wide deeds.

So why do Erdoğan, or others like him, bother with Europe?

Why offer her olive branches and promises of metaphysical assistance?

Questions such as: What have this lighting speed and plans of greatness achieved for their adoring people?

What has the more recent, autocratic Erdoğan delivered for Turkey – now, at this moment? What has Putin achieved in his latest (eternal) mandate? And what is going to be the final balance of their rule?

It is here that boring Europe begins to look attractive.

Authoritarian politics may be quick, but it is often too quick to achieve anything of lasting value.

It originates in the ego of the leader and ends with it. The political circuitboard is hard-wired to give satisfaction to him alone.

Others in the upper echelons of power do what they can to extract some for themselves in various ways.

The result is authoritarianism steeped in corruption and a paradoxical autocratic anarchy.

The leader rules, but achieves little. Agreement to his vision is instant and unanimous, but its implementation is intangible and imaginary.

The longer a regime stays in power, the harder it becomes to match words with action. The number of promises keeps going up, but amid diminshing returns on delivery.

This is glaringly visible in Putin’s Russia today. The economy is in tatters. Post-Covid 19 or otherwise, it has no reasonable prospects of quick recovery.

Putin’s once glorious foreign military exploits have turned into costly entanglements with no clear extraction date.

So the same dead words are repeated by the same old men in the same stale rooms. Live on national TV, they have nothing living to give.

Which brings me back to Europe and our slow, dull, and ugly way of doing things together.

Yes, it rarely looks good and it is as difficult to follow as a five-day Test-cricket match.

But if one takes time to look into what is being done and how it is being done in the relevant circumstances, one cannot but admire the EU’s sustained progress in common sense, toleration, and moderation.

The European Union is a fantastic conglomeration of worlds and experiences, translated into intricate political processes.

Merging it all into one is bound to be difficult.

But if we consider the amount of knowledge and expertise that Europe has in its various regions and cultures – the Baltic, the Celtic, the Balkan, the Iberian, all united around the traditional core of a modern Europe – one would hardly rush in building such a structure.

It takes time to listen, to understand, and to forge a living compromise.

Ideally, it is a compromise not of weakness, but of mutual confidence and strength. It accepts all input and allows people to determine the best outcome for everybody.

Personally, I wouldn’t have it any other way.