Protestants in Turkey asked to spy on community

Protestants in Turkey asked to spy on community 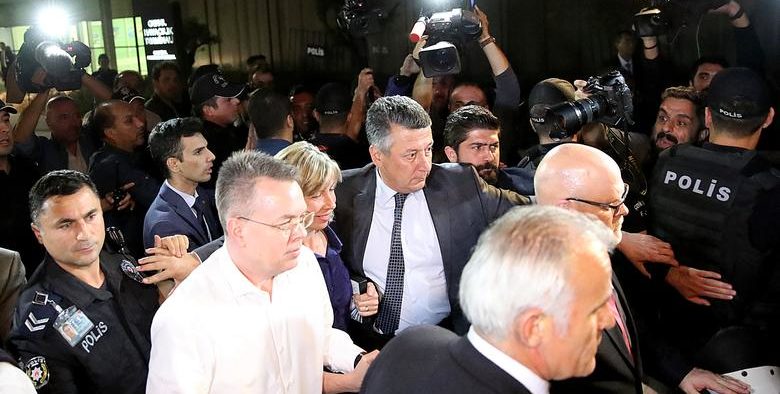 ISTANBUL: The Association of Protestant Churches in Turkey has released their annual report, highlighting the challenges and violations of religious freedom they faced over the past year. Chief among these violations are allegations that members of the community have been offered work as spies and informants.

The group claimed that the trend was especially common in the east and southeast region to provide information about congregation members and churches themselves. The association described the allegations as “alarming” and that it shows the extent of state intrusion and suspicion of their activities.

Dr. Mine Yildirim, head of the Freedom of Belief Initiative and Eurasia Civil Society Program at Norwegian Helsinki Committee, said reports of requests for spying from persons who introduce themselves as civilian police or intelligence services are alarming but not necessarily new.

Experts emphasized the need for an urgent explanation from public authorities and a rise in protection of churches.

Other violations summarized in the report include more than 100 foreign Protestants being denied entry into the country, leaving several posts in their churches vacant.

“In some of these cases, the petitioners were accused of jeopardizing Turkey’s national interest and being missionaries, and their attendance to our foundation’s events was presented as criminal evidence,” the report said.

The entry bans, denial of residency permit extensions and deportations of foreigners affiliated with Protestant churches in Turkey have been a trend since 2019.

This pattern has pushed Protestant communities to train clergy from indigenous groups because it was increasingly difficult to host foreign-born pastors, but it is legally impossible to open religious schools to train teachers and religious workers.

Ankara’s pastor immigration restrictions is seen as an attempt to deprive the churches of pastors, pressuring the Protestant community.

Protestant churches are public institutions that operate under international law and transparency standards, the report noted.

It is estimated that there are about 7,000 members of Protestant denominations with six foundations and about 170 churches and communities around the country.

US pastor Andrew Brunson, who was the pastor of a Protestant church in the western city of Izmir, was arrested in October 2016 on terror charges before being freed after two years following a major spat between Ankara and Washington. Since the Brunson incident, foreign clergy in the country have been mostly treated with suspicion and as a danger to Turkey’s public order.

Yildirim thinks that the common features of both practices against foreign religious workers and intelligence gathering are suspicion and an inability to address what is suspected within Turkey’s legal framework.

“In the case of foreign religious workers, we know that none of these workers have been convicted of any crime in Turkey. Whatever their actions in terms of religious activity, there has not been any court case where these individuals have been found to violate Turkey’s law or anyone’s human rights including freedom of religion or belief,” she said.

Similarly, Yildirim added, if public authorities are seeking to infiltrate Protestant communities, this shows that they cannot address whatever they suspect within the framework of the law.

“Turkey’s laws relating to associative rights, as well as many provisions of the Turkish Civil Code and Turkish Criminal Code provide a legal basis whereby activities that are unlawful can be prosecuted. We do not see any investigation that has led to a court case against churches or associations or individuals affiliated with the Protestant community,” she noted.

According to Yildirim, Turkish authorities must examine the way they approach Protestants, including foreign religious workers, and adopt a human rights-based approach.

“Starting an open dialogue between the authorities and the community would be a good step forward. These acts of suspicion unfortunately deeply hurt the Protestant community or anyone who values the rule of law being upheld in Turkey,” she said.