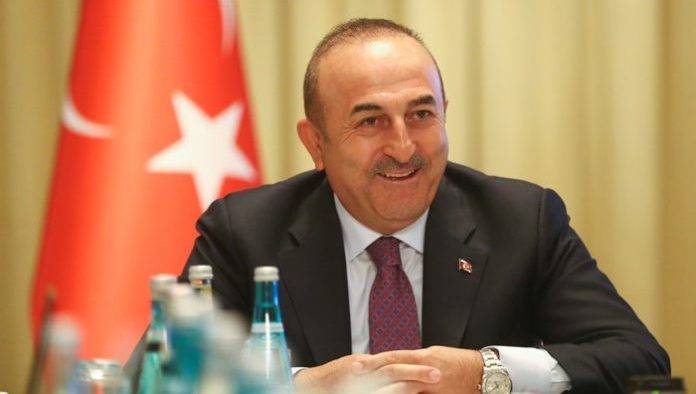 Turkish Foreign Minister Mevlüt Çavuşoğlu has drawn criticism from politicians, journalists and social media users after announcing on Thursday that Ankara will vaccinate “everyone that a tourist might see” by the end of May.

“We will vaccinate all tourism sector workers, including those in restaurants, hotels and airports in addition to drivers and tour guides — anyone a tourist might see [in Turkey] — by the end of May,” Çavuşoğlu said on Thursday during a joint press conference with his German counterpart, Heiko Maas, in Berlin.

Many Turks stated that they felt belittled following the minister’s remarks, arguing that it sounded like every measure recently imposed by the Justice and Development Party (AKP) government to fight COVID-19 was solely aimed at attracting more visitors during the tourism season.

The statement added to the criticism directed at the Turkish government for the double standard that currently allows tourists to wander around freely while natives have to stay in their houses during the country’s longest lockdown yet, which started on April 29 and will last until May 17.

“What kind of an abdication of reason is it to say you will vaccinate everyone that a tourist might see, Mr. Mevlüt Çavuşoğlu?” Bahadır Erdem, vice chair of Turkey’s nationalist opposition Good (İYİ) Party, asked in a tweet on Thursday.

“We frequently hear such insulting remarks [from government officials] lately. I don’t think a person who sees his own citizens this way could properly defend Turkey’s interests in foreign politics,” Fox TV news anchor Selçuk Tepeli commented during his newscast.

A Twitter user sarcastically stated, “Our value as citizens equals our chances of seeing a tourist. So how many tourists should we see in order to get vaccinated? Are there any bonuses related to the homeland of the tourist seen? Please explain the point scoring system [for vaccine eligibility].”

Following the mounting reaction to his remarks, the minister said in response to a question by journalist Ahmet Hakan that what he meant by “everyone a tourist might see” was only those working in the tourism sector.

“We will do this not only to protect tourists but our tourism workers, too. Why do you only think of foreigners when I say tourists? Don’t we have local tourists? What I was referring to in that sentence was our tourism sector workers,” Çavuşoğlu explained.

“I didn’t say that we would vaccinate every citizen who would see tourists from 100 meters or 10 meters. That would be absurd,” he continued.

Turkey has been falling considerably behind its planned vaccination schedule after a quick start in mid-January. The country has administered over 24.6 million shots, with only 10.2 million people having received two doses.

It has so far secured only 4.5 million Pfizer/BioNTech doses and is experiencing delays in the delivery of a promised 100 million shots from China. Turkish medical authorities said a week ago they had granted emergency use authorization for Russia’s Sputnik V coronavirus vaccine.

Previous Article
Dictated by the present, restricted by the past: Turkey’s détente with Egypt
Next Article
‘A dirty business’: how one drug is turning Syria into a narco-state

‘A dirty business’: how one drug is turning Syria into a narco-state
NAT 9th May 2021
Submit an Op-Ed
Tweets by NewsAboutTurke1