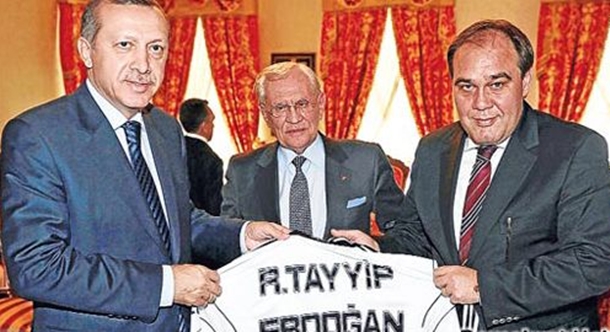 A main opposition lawmaker has reiterated on social media his written question to Turkish state lender Ziraat Bank in 2020 concerning a $750 million loan taken out by the pro-government Demirören Group before purchasing media outlets owned by Turkey’s then-largest media group in 2018.

“We previously asked Ziraat Bank if Demirören [Group] had started to repay the $750 million loan. They refused to provide any information, claiming ‘client privacy.’ Now we ask again. Has Demirören started to repay the loan?” Ali Haydar Hakverdi, an MP from the Republican People’s Party (CHP), tweeted on Sunday.

In March 2018 the Demirören family, close to President Recep Tayyip Erdoğan, purchased media outlets owned by Turkey’s then-largest media group, Doğan, in one of the most severe blows press freedom has sustained since a failed coup in July 2016, following which the Justice and Development Party (AKP) government launched a massive crackdown on independent media outlets under the pretext of an anti-coup fight.

Notorious Turkish mob boss Sedat Peker on Sunday spoke about the matter in the ninth installment of his video series on YouTube, alleging that Demirören Group Chairman Yıldırım Demirören hadn’t repaid the $750 million loan he had taken out from Ziraat Bank prior to buying the Doğan Media Group outlets.

“Aydın Doğan [the owner of Doğan Holding], gave [all] his media outlets in return for $750 million. In fact, each of them was worth as much. The $750 million was provided by Ziraat Bank, a state lender. And who owns the state? It’s you,” Peker said in the video, in reference to Turkish citizens.

“He [Demirören] took out a $750 million loan and has failed to repay any of it. He didn’t even pay the interest, let alone the capital. … Ask Ziraat if Demirören repaid the loan. You people are the real owners of the Kanal D and CNN Türk TV stations and Hürriyet and Milliyet dailies [purchased by Demirören],” Peker added.

The mafia boss further claimed that the media outlets owned by Demirören were in fact managed by Berat Albayrak, Erdoğan’s son-in-law and Turkey’s former finance minister, and his brother Serhat Albayrak, deputy chairman of the pro-government Turkuvaz Media Group.

Peker, the head of one of Turkey’s most powerful mafia groups who was once a staunch supporter of Erdoğan, has since early May been setting the country’s political agenda through videos he posts on YouTube, each of which reaches over a million viewers on the first day of their release. The crime boss, who lives in Dubai and is the subject of an outstanding warrant in Turkey, has been making shocking revelations about state-mafia relations and drug trafficking and murders implicating state officials.