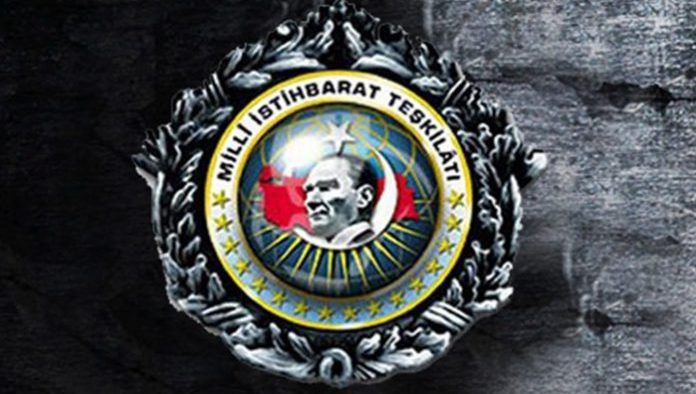 The Federal Office for the Protection of the Constitution (BfV) underlined in its 2020 report released on June 15 that MİT serves the AKP in ways that include helping to implement government policies, maintaining domestic security and gathering intelligence in preparation for political decisions.

The BfV explained that the PKK and DHKP/C, both listed as terrorist organizations by Turkey, the United States and the European Union, were important due to their violent actions and open commitment to armed struggle in Turkey, while the Ülkücü movement was crucial because of its “partly militant” rejection of the principle of equality.

The Ülkücü movement, better known as the Grey Wolves, are the militant wing of the Nationalist Movement Party (MHP), an ally of Erdoğan’s AKP, and their ideology is mainly based on Turkish nationalism, which occasionally has made Kurds and other minorities in Turkey their targets.

According to the report, although the PKK’s activities in Germany declined dramatically last year due to COVID-19, the organization collected €16.5 million in donations in the same period, three times more than the amount the PKK has collected in a year for the past 10 years.

The DHKP-C, on the other hand, mainly used Germany as the country where it carries out the propaganda of terrorist activities in Turkey and couldn’t carry out its “armed struggle” activities in 2020 as it did back in the 2012-2016 period due to tightened security measures in the country since a failed military coup in 2016, the report stated.

The Ülkücü movement stands out among other organizations in Germany with an estimated 11,000 members, the majority of which is organized in associations and foundations, the report emphasized, adding that almost all their activities were carried out through online platforms in 2020.

Noting that numerous spontaneous criminal acts and acts of violence had taken place between the right-wing extremists and the young supporters of the PKK in the past, the BfV warned that the tension between the two groups would continue to pose a danger for Germany despite the pandemic-related calming down of the situation in 2020.

The Grey Wolves salute as well as its symbols were legally banned in Austria in March 2019, while the French government banned the group in November 2020. Following France’s move, the German parliament passed a motion calling for a similar ban on the far-right movement.

The motion instructed Germany’s Interior Ministry to investigate the group’s activities, including associations and other social structures connected with the movement, and decide whether they will be banned or not.

Previous Article
International reactions mount in wake of deadly attack on HDP office
Next Article
‘Sedat Peker’s testimony to a US judge would be welcome.’: David L. Phillips

‘Sedat Peker’s testimony to a US judge would be welcome.’: David L. Phillips
NAT 19th June 2021
Submit an Op-Ed
Tweets by NewsAboutTurke1