Hamshen Armenians: a unique group between Islam and Armenian identity

Hamshen Armenians: a unique group between Islam and Armenian identity

The Hamshen people are a diverse group who in the past and present have been identified with the Hemşin (Hamshen) and Çamlıhemşin districts of Turkey’s northeastern Black Sea region and now mostly live in Turkey, Abkhazia, Russia and Central Asia.

According to various historical records and sources the Hamshen people – Hamshentsiner in Armenian and Hemşinliler in Turkish — are ethnic Armenians who were Christians and members of the Armenian Apostolic Church but over the centuries were either forcibly or voluntarily converted to Sunni Islam after the conquest of the region by the Ottomans in the mid-15th century and during the Armenian genocide in 1915, evolving into a “distinct ethnic group.” 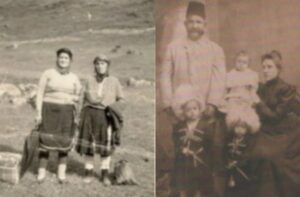 Mahir Özkan, a Hamshentsi and writer for the Jıneps newspaper, says from a historic perspective, the Hamshentsis are described as an Islamized Armenian community living in Hamshen. However, according to him, while nationalist and conservative Hamshentsis have difficulty accepting their Armenian roots, leftists and socialists are fond of the idea that the Hamshentsis are Armenians who were forcibly Islamized during the Ottoman and Republican periods in Turkey.

On the other hand, many Turkish nationalist writers and researchers reject this historical information and claim that the Hamshentsis are of Turkic origin and have some linguistic and cultural convergences due to the fact that they lived in the same territory as Armenians.

According to Özkan, the first of these three groups is people living in Abkhazia or Russia who speak the Hamshen dialect of Armenian (Homshetsi) and are members of the Armenian Church. These people define themselves as Hamshentsi Armenians.

The second group is predominantly Homshetsi-speaking Sunni Islamic communities living in the Hopa and Kemalpaşa districts of Turkey. Within this community, some people associate themselves with different identities such as Turkish, Hamshentsi Turkish, Hamshentsi Armenian or only Hamshentsis.

Özkan says the third group is the Turkish speaking, Sunni Islam community that does not speak Homshetsi but uses approximately 2,000 Homshetsi words in their Turkish vocabulary who mainly live in the Hemşin, Çamlıhemşin and Rize districts and some districts of Erzurum and Trabzon. In this group it is possible to come across people who also associate themselves with different identities, just like in the second group.

The Hemshin dialect of Armenian (Homshetsi/Homshetsma) is an archaic Western Armenian dialect spoken by the eastern and northern group of Hamshen people and is not fully intelligible to other Armenians.

The Armenian dialect of the Black Sea’s Hamshen people is one of 18 languages under the threat of disappearance in Turkey, according to the UNESCO Atlas of the World’s Languages in Danger. Currently, the Hamshen dialect is classified as ‘’Definitely endangered’’ along with Laz and Pontic Greek.

Hikmet Akçiçek, a Hamshentsi and co-founder of the Hemşin Culture Research and Survival Association (HADİG), also accepts the fact that the majority of Hamshentsis are Islamized Armenians; however, he thinks the Hamshentsis are not a monolithic society and therefore do not exhibit unified behavior.

“For us, the concept of Hamshentsi/Hemşinli is an expression of identity and ethnicity; although it has different levels of relations and ties with both with Armenians and Turks, it has its own common characteristics.”

“Despite the dual and ambivalent approaches I mentioned, it is possible to say that Hamshentsis have a strong belief in their identity. The mother tongue is very important for Homshetsi-speaking people,” Akçiçek says and adds: “Our traditional dance the horon and our local musical instruments such as tulum and kaval are the living elements of Hamshentsi identity. For Turkish-speaking Hamshentsis, the Armenian words used in the everyday language and also customs and beliefs are very important.

The existence of Muslim Armenians, in particular, raises questions about these “distinct ethnic groups” in Turkey and also in Armenia. However, Hamshentsis, who have a long and complicated history, during much of which they lived in isolation from mainstream Armenian society and faced different cultural problems and oppression, still fight for the protection of their unique culture.

According to Akçiçek, there exists today a common reflex towards the protection and preservation of the language, culture and identity.

“In addition to the efforts to keep the culture alive and maintain the traditions in daily life, we Hamshentsis have also seen cultural productions related to Hemshin culture in recent years. People show interest in director Özcan Alper’s movies and Vova music albums consisting of anonymous Hemşin melodies. On the other hand the GOR: Hemşin Culture Language History magazine and the Hemşin Culture Research and Survival Association [HADİG] and other Hamshen associations and foundations also contribute to the survival of the language and culture,” he says.

HADİG, founded in Istanbul in 2011, places great importance on the language, identity and culture and aims to unite Hamshentsis all over the world.

“The association has done very important work so far. Language courses, cultural competitions and video screenings have been held, but I think these efforts are not sufficient to preserve the language and culture. We are trying to do new projects; we have been publishing a magazine called GOR: Hemşin Culture Language History magazine since 2014, and our friend Huriye Şahin published a Homshetsi grammar book. We are doing our best,” says Özkan.

Özkan, the author of “Hemşin Stories” (2014) and the translator of Antoine de Saint-Exupéry’s best-seller “The Little Prince” in Homshetsi published in 2016, is now preparing his new linguistic book in which he compares Western Armenian with the Homshetsi language.

“Hemshintsis do not have any official or institutional ties with the Armenian minority community in Turkey. However, we who are active in cultural and artistic life have relationships with Armenian friends. Our connections and relations are based on only friendship,” says Özkan.