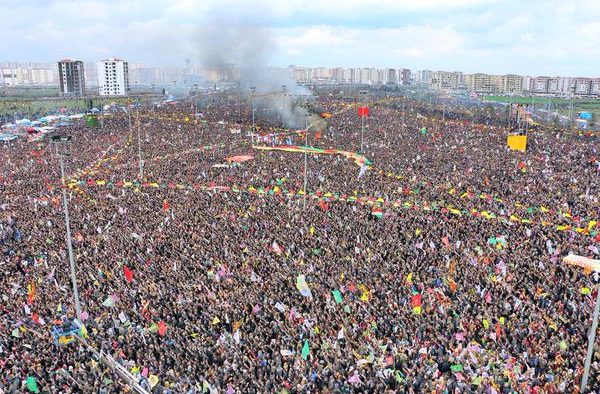 Senior opposition politicians have criticized President Recep Tayyip Erdoğan for recently reiterating his argument that Turkey’s Kurdish issue no longer exists since his Justice and Development Party (AKP) had “already solved it.”

“Unity, solidarity and brotherhood are on our agenda right now, and we’re continuing on our path with that. There is no [Kurdish] issue in Turkey. We already resolved this issue — we overcame it and ended it,” Erdoğan told reporters on Thursday in the newly opened Türkevi (Turkish House) after attending the UN General Assembly in New York.

The Kurdish issue, a term prevalent in Turkey’s public discourse, refers to the demand for equal rights by the country’s Kurdish population and their struggle for recognition.

In response to Erdoğan’s remarks, main opposition Republican People’s Party (CHP) deputy chair Oğuz Kaan Salıcı said: “Then what are we supposed to do with the political party that says there is a Kurdish problem, sees it as the focus of its politics and receives more than 10 percent of the vote?”

Salıcı was referring to the pro-Kurdish Peoples’ Democratic Party (HDP), the third-largest group in parliament, in statements on Friday repeated by journalist Hande Fırat in her column for the Hürriyet daily.

“There is in fact a Kurdish problem [in Turkey]. It’s a reality. No politics can be done by ignoring this. It is necessary to ensure the equality of people before the law in Turkey,” Fırat also quoted Salıcı as saying.

CHP spokesperson Faik Öztrak also said during a press conference on Friday that the Public Alliance, which includes Erdoğan’s AKP and its ally, the far-right Nationalist Movement Party (MHP), had lately developed the habit of saying “no such problem exists in Turkey.”

MHP leader Devlet Bahçeli also denied the existence of the Kurdish problem in a statement earlier this week.

“No matter what the Public Alliance says, we will find a solution to this, not [via talks] with İmralı [Abdullah Öcalan], but in parliament, which is the venue for the manifestation of the people’s will,” Öztrak added.

The ruling AKP conducted direct talks with Abdullah Öcalan, the jailed leader of the Kurdistan Workers’ Party (PKK), listed as a terrorist organization by Turkey, the US, and the EU. The negotiations, which lasted for more than two years, officially collapsed in the summer of 2015, when two police officers died near the Syrian border.

The recent discussions on the Kurdish issue started with CHP leader Kemal Kılıçdaroğlu, who recently spoke in a documentary, criticizing the AKP for conducting direct talks with Öcalan, whom he sees as an illegitimate actor, and arguing that a legitimate interlocutor such as the pro-Kurdish HDP was needed to solve the Kurdish problem.

Previous Article
This type of state will always be someone’s state and exclude others: Dr. Caman
Next Article
Show in New York, reality in Geneva