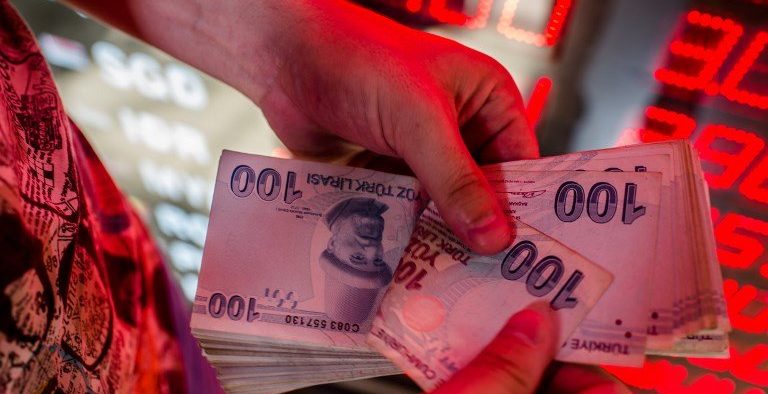 Turkey’s central bank unexpectedly cut its main interest rate on Thursday after months of pressure from President Recep Tayyip Erdogan for it to lower rates, leaving the Turkish lira at close to a record low against the US dollar.

The lira lost over 1.4 percent in value against the dollar after the bank announced it was cutting the one-week repo rate to 18 percent from 19 percent. After falling as far as 8.808 against the US currency, it recovered slightly to 8.77. It hit a record low of 8.88 in June.

The move comes despite high inflation, which reached 19.25 percent in August.

The lira has lost around 15 percent of its value against the dollar since the start of the year. The Bloomberg consensus had been for the rate to be kept stable, although one economist predicted a cut of 0.5 percent.

Erdogan has previously described rates as the “mother and father of all evil”, and last month said they needed to fall for lower inflation to follow, going against economic orthodoxy, AFP reported.

Earlier this month, Central Bank Governor Sahap Kavcioglu told investors that consumer prices were expected to drop in the months ahead and the bank would now look at “core” inflation – which is below 17 percent after excluding volatile items such as food and fuel – for future decisions.

Kavcioglu is the fourth governor since 2019, after Erdogan sacked three central bankers because they were either raising borrowing costs or not lowering them rapidly enough.

This is the first cut under Kavcioglu after wild but unconfirmed speculation in Ankara this month that he faced a similar fate if he did not reduce the rate.

Economists hit out at the “risky” decision. “Idiotic move. Hugely risky. Erdogan is gambling with the lira now,” Timothy Ash, an analyst at BlueBay Asset Management in London, said on Twitter.