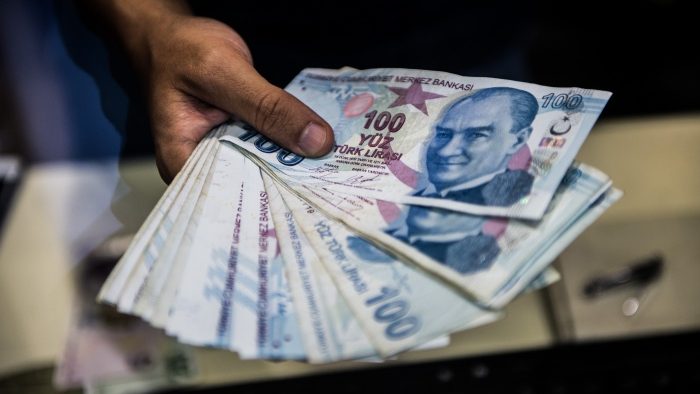 (Bloomberg) — The Turkish lira fell to a record low amid concern the central bank will continue cutting interest rates even as the prospect of tighter monetary policy in the U.S. erodes the currency’s appeal.

The lira dropped as much as 1% to 10.0007 per U.S. dollar, extending the biggest depreciation in emerging markets this year. Policy makers will cut the one-week repo rate by 100 basis points next week, according to the median estimate in a Bloomberg survey of economists.

That’s on top of a 200-basis-point reduction in October, double what markets expected. The move has exposed the currency to tighter global financial conditions and risks fanning inflation which is already running close to 20%, four times the official target.

The rout accelerated after data earlier this week showed U.S. inflation surged by the most since 1990, sparking a sell-off in Treasuries on speculation the Federal Reserve will raise interest rates sooner than anticipated.

The lira has weakened more than 25% since December and is on track for its ninth straight yearly depreciation. The central bank meets to set interest rates on Nov. 18