Belarus’s refugee atrocities are a taste of things to come

Belarus’s refugee atrocities are a taste of things to come 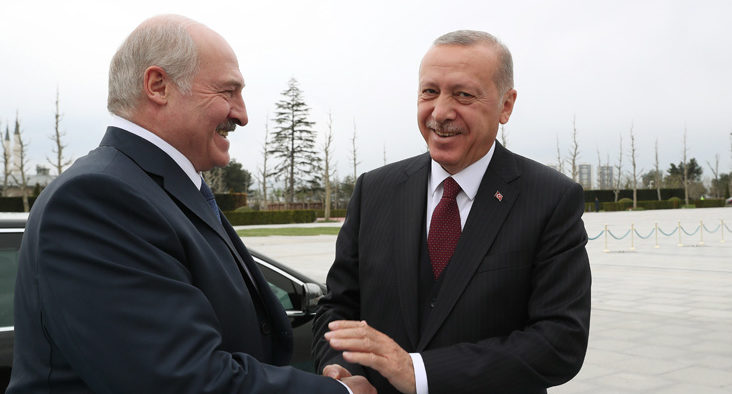 First it was Recep Tayyip Erdogan in Turkey, now it is Alexander Lukashenko in Belarus, each offering us a dystopian glimpse of how future international confrontations may be fought — by flooding thousands of desperate refugees into neighboring states.

Erdogan issues regular reminders that if Europe doesn’t concoct policies favorable to Turkey, and provide millions of euros in aid, then hundreds of thousands of refugees will be pumped into the EU. Lukashenko has evolved an even more cynical version of this model, handing out thousands of “tourist visas” to Middle Eastern refugees, then forcing them — often at gunpoint — across Belarus’s western borders into Poland and elsewhere. All of this is petty retaliation for European sanctions following Lukashenko’s falsification of the 2020 elections and the subsequent brutal crackdown on protesters.

As temperatures plunge, grotesquely mistreated refugees are dying of hypothermia and hunger, trapped in barbed wire-encircled no man’s land on the Poland-Belarus border, with hundreds more arriving every day. Meanwhile, Vladimir Putin provocatively deploys warplanes along the border in support of his Belarusian ally, and Lukashenko threatens to shut gas pipelines and leave Europe to freeze.

Poland’s leaders are furthermore exploiting the crisis to fire up their extreme-right base: Tens of thousands of white nationalists staged a “march of patriots” through Warsaw, demanding that any refugees entering Polish territory be shot on sight. Hungary’s Victor Orban has likewise sought to head off EU pressures against his authoritarian policies with a brutalist approach to immigration, pledging to defend Europe from “Muslim invaders.”

The EU should take a firm stand against these neighborhood demagogues, including readiness to suspend or eject states such as Hungary and Poland. Because of the EU’s cumbersome decision-making processes, a single rogue state can have a disproportionate impact in subverting its foundational humanitarian principles. Western nations must set the global example of compassionate ways to support the oppressed and impoverished. But when America locks kids in cages and Europe lets refugees drown at sea, how can the West lecture Russia and China about human rights?

With global instability compelling over 82 million people to flee their homes, refugee mass movements will only worsen. The Syria and Yemen wars rumble on; Afghanistan, Myanmar, Lebanon, Sudan and Iraq look evermore fragile; intolerable conditions in Iran provoke hundreds of thousands to flee.

Wretched families and futureless young men will continue to cross seas and deserts to find a haven or die trying, and bigger walls will only slow the tide.

Africa will probably be the largest motor for emigration; as climate change causes coastlines to flood and turns savannah to desert, millions will be displaced, while youthful populations soar; by 2100, Nigeria’s population will exceed that of China. Competition over dwindling resources already fuels a plethora of conflicts, with some sub-Saharan states a step away from collapse. Similar factors drive ever-increasing northward flows of Latin American migrants. This would be a recipe for catastrophe even if Western nations weren’t slashing development aid while drawing down troops in conflict-prevention roles.

Politicians compete to implement the toughest measures, scoring cheap political points with inflammatory rhetoric about creating a “hostile environment” for migrants. Britain’s home secretary wants tougher measures for sending refugees back, including legal immunity for the coast guard when people drown after their boats are repelled. Nevertheless, lives continue to be lost as increasing numbers of refugees in tiny boats attempt the treacherous English Channel crossing —1,200 in a single day last week. Refugee arrivals in Europe via land and sea routes during 2021 already exceed 100,000.

These governments tout the amoral logic that letting a few hundred drown will deter hundreds of thousands from trying their luck. Such arguments ignore the realities of state collapse, environmental degradation and unimaginable human suffering — remorseless motors for refugee flows.

At the height of the Syria conflict in 2015, an unprecedented influx of about 1.3 million refugees to Europe triggered a horrifying rightward lurch in Western politics as xenophobic populists argued for sealing borders, building walls and repelling foreigners; this manifested itself in Trump and Brexit, transformed the fortunes ofextreme-right factions, and compelled moderates such US President Joe Biden to replicate hard-line immigration policies or risk being politically outflanked.

These isolationist, populist tendencies are accompanied by authoritarian, anti-democratic currents, auguring a shift away from the Western world’s traditional liberal, humanitarian leanings. White supremacist ideologues argue that their nations must be on a permanent war footing against the “incoming flood” of foreign terrorists and criminals.

Nobody abandons their home and their homeland on a whim. Wretched families and futureless young men will continue to cross seas and deserts to find a haven or die trying, and bigger walls will only slow the tide. Climate change may displace exponentially more people than all the world’s conflicts put together.

The only way Fortress Europe can curb migration is by stabilizing the regions that are its drivers, including through grappling with outrageous global inequalities. The World Food Programme’s director recently caused a stir by asserting that 2 percent of Elon Musk’s personal wealth could save millions from death due to hunger.

Syria continues to be an open wound because a deliberately neutered UN has long since abandoned its conflict-resolution role. Lebanon disintegrates before our eyes, yet the world scarcely lifts a finger, while Ethiopia becomes mired ever deeper in bloodshed. The “civilized world” will enjoy peace and stability only when it acts decisively in support of global security, good governance and climate protection.

This is impossible without greater investment in overseas development, conflict prevention, and muscular diplomacy — a small price to pay to avoid a dystopian future of a fundamentally destabilized world where much of the planet has been rendered uninhabitable by the twin plagues of climate change and conflict, while the most desirable regions have mutated into walled and militarized brands of despotism.

If we don’t want to live in a world where hardball diplomacy is routinely managed by flooding neighboring states with emaciated refugees, and abandoning thousands to drown at sea is regarded as responsible policymaking, let’s act for a more humane global model.

By: Baria Alamuddin – an award-winning journalist and broadcaster in the Middle East and the UK. She is editor of the Media Services Syndicate and has interviewed numerous heads of state.

Disclaimer: Views expressed by writers in this section are their own and do not necessarily reflect Arab News’ point-of-view