Our Ramadhan, our Ramallah, and the Butterfly effects we unleashed

Our Ramadhan, our Ramallah, and the Butterfly effects we unleashed 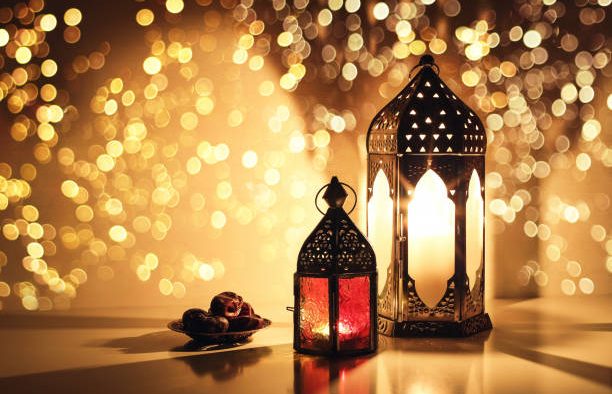 “…O People, listen to me in earnest, worship Allah, say your five daily prayers (Salah), fast during the month of Ramadhan, and give your wealth in Zakat. Perform Hajj if you can afford to. You know that every Muslim is the brother of another Muslim. You are all equal. Nobody has superiority over the other, except by piety and good action.” – from the last sermon of Prophet Muhammad (peace be upon him)

As in the previous few Ramadhans, I reflect on the state of things spiritual – on Malaysia and Global Issues. I wrote this piece while listening to the deeply-meditative Celtic and Sufi music of the Ottomans.

How do Muslims in the country of fond memories, Malaysia, greet the holy month of Ramadhan? How might this month become one of reflection – and revolution? How do we look at the state of the post-Covid world, of the never-ending conflict and chaos plaguing us since the beginning of time? And today, we have a situation in which a full-scale thermonuclear war could erupt and devastate Europe primarily, the final scene of wars that will end all wars. A prelude we are seeing in the crisis in Ukraine.

Ramadhan in Malaysia is welcomed by the intensification of the struggle for power between the ruling regime and the alternative front, between those who rob and plunder the nation’s coffer and those who grabbed power through backdoor usurpation and manipulation, much of this maneuvering is now a common and tolerable act even to the majority Malay-Muslim voters who have lost the sense of shame and dignity after being conned endlessly by their political leaders and the neo-feudal entities.

Whilst Ramadhan in this world is being greeted by the breaking news stories of the devastation of Ukraine, the relentlessness of Vladimir Putin in punishing Volodymyr Zelensky for courting NATO and endangering that part of Europe, and the Temujin-Genghis-Khan-styled bulldozing of cities in Ukraine as Russia wants to show the world what she will do when provoked.

Welcome, Ramadhan – for Muslims, a time of self restrain, self-reflection, self-analysis of what ails the self in spirit and Humanity, in its politics.

Ramadhan is also welcomed by the seemingly continuing boredom of Malaysians towards the sound-bites of politics and propaganda against the backdrop of the still-raging Covid-19 of a slow-recovering global economy in which the plague of corruption at the highest level has become endemic. At the level of global affairs, we continue to be plagued with the issue of the seemingly-irreversible climate change that will, in decades, sink the major coastal cities with places such as Bangkok, Ho Chi Minh City, Amsterdam, Shenzhen, Melbourne, Cardiff, Jakarta, and many others in danger of being drowned by the waters of human greed and mindless activities.

Ramadhan is about another moment of reflection by the common person – of the meaninglessness of life in Malaysia that is getting more and more absurd as a consequence of 60 years of hegemony and false consciousness. When the convicted-of-massive billion-dollar corruption-former-Prime Minister-Najib Razak, instead of being prepared for lock-up, is hailed again as a victim of political vengeance and a hero of the Malay-Muslims and allowed to run around the country campaigning for his politically-diseased party — there is something not right in how Ramadhan offers its greeting.

And in the world arena, we continue to read about countries ganging up with one another with more and more sophisticated weapons of mass destruction developed, ideologically-laden alliances forged – these making the world increasingly hopeless and dangerous for our children and grandchildren to live in. At the time of writing this essay, the United States, United Kingdom, Australia, and New Zealand are said to be planning to work together on developing smarter weapons to counter the growing influence of China in the Pacific region. The militarization of the Pacific has actually long begun since the 1980s at the height of the Cold War.

Like the Ramallah of the Palestinians in all its manifestations and the deaths of Israeli children and the innocent, from missiles launched by Hamas, we Malaysians too are plagued with violence manifested physically and in our consciousness.  Though a peaceful nation we are, violence is essentially structural and hidden. What we see, hear, smell, and touch in our daily lives living in a state of perpetual change are the manifestations of our own Ramallah, in Malaysia as well as in the world we live in.

It is as if our Ramadhan is for us to find peace within in a world of complexities and chaos outside, of ethics so subjective, realpolitik so real, and the calls for peace the sound of distant thunder, though ringing loud from the General Assembly Hall of the United Nations. Today, countries such as Russia and the United States continue to develop nuclear bombs so precise and so powerful and ones that are perhaps thousands of times more devastating than Fat Man and Little Boy, those dropped on Hiroshima and Nagasaki. The next world war, after this one, will be fought with sticks and stones, as Albert Einstein would say.

Our Ramallah is here, a place wherein forces of radical change are fighting against a machine that is seemingly unstoppable – one running on over 50 years of hegemony, control, power, ideology, and construction of selective history passed as truth.

How do Muslims here and in this world “ramadhanize” itself entirely? How do the Malays, predominantly Muslims, spread the message of peace and non-violence in an age wherein violence and brute force via the use of modern anti-riot technology can easily be rationalized in the name of “national security”?

This Ramadhan, we must collectively meditate upon the issues plaguing us and find solutions based on what is being taught to us. If Ramadhan is to be an antidote to the “Ramallah-ization” of the Malaysian society, Malays and Muslims and those in power by virtue of being a hybrid of both, must do reflect upon these, as it pertains to the Malaysian society, I am familiar with as an undying memory:

– That we must hold on fast to the conviction that the hungry and the dispossessed of this nation are not only Malays and Muslims but also men, women and children of all faiths and ethnicity. An economic policy that is blessed with the spirit of Ramadhan must meet the needs of all races. The New Economic Policy not only has run its course but is tribalistic in nature.

– That we must refrain ourselves from using our power and the trust given to us to rob the nation and to use our position to enrich our political parties and to continue to accumulate wealth to acquire power absolutely. A political system consisting of political parties that feed themselves with money derived from questionable means will be one tsunamied by the anger of the people.

– That we must come out of the Ramadhan experience with the conviction that Islam and all religious belief systems that practice “fasting”, self-control, and self-reflections will conspire with fate to design a better system of governance – one that is based not on the race to meet the needs of our material greed but one that brings dignity to the poor. If, for Muslims, Ramadhan is not only to “feel what the poor and hungry” feel, then responsive politics must be the outcome of it. If the message of the Prophet of Islam, Muhammad (Peace be upon him) is to have us evolve beyond caste, class, race, color, creed, and national origin, then the post-Ramadhan experience must teach policy-makers to do just that in the way the political-economic system is designed.

Before this nation Malaysia, and this world in general, become a Ramallah in which its leader is a prisoner to his/her own struggle, we must Ramadhanize ourselves and collectively struggle for peaceful changes, via peaceful means; via means that even the police and the civilians and power abusers and protesters can respect each other’s need to change governments that no longer respect the coming of Ramadhan.

Let our Ramadhans stop us from becoming a Ramallah, first, within ourselves.

Instead, from reflections must come revolutions– from the inner and personal sensibility of wanting to change the self to a grand-scale social urge to change governments.  We must learn what a republic of virtue means and how to install one. Nations under totalitarian regimes have become corrupt to the core in virtually all levels of society and all functions of governance that no one knows what truth looks like anymore.  Might is right, truth is a truncation. We no longer know where to look for truth except in our own solitude of believing that truth is us, within; from Truth, we come, unto Truth, we shall return. We must keep intellectualism, activism, ethics, and spirituality alive – borrowing the words of the Enlightenment thinker Jean-Jacques Rousseau, that man is born free, and everywhere he is in chains … and that … the first cry of the child is the cry of Nature.

Muslims believe that the Creator will not change the fate of a nation unless that nation engineers a revolutionary change itself. This Ramadhan, revolt we must against the Evil within — and outside.

Let us still, as Muslims, welcome Ramadhan in all the glory of its message and manifestations – in a world of chaos, order, and complexities.

In a world of Butterfly effects governing societies.

I shall go back to my meditative music.