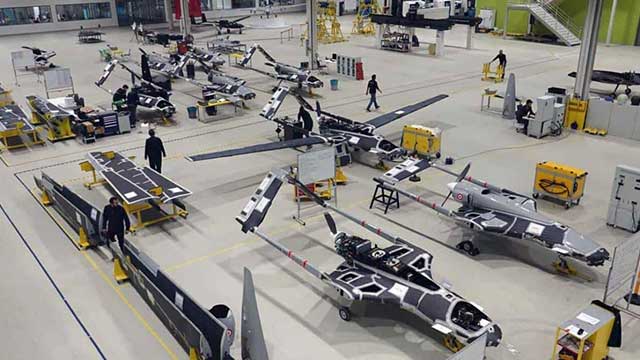 At least 50 Bayraktar TB2 drones have been delivered by Turkey to Ukraine since the start of the war. There are journalistic reports, unconfirmed officially, that at least as many more have been sent to Kyiv.

Journalistic reports, including ours, claimed that Turkey had already selected “and purchased” land to build the new plant in Ukraine. It is said that in addition to the production of drones, Ukraine will also have a research center attached to the factory. According to reports, Ukraine will produce fuselages, electronics, and software for Bayraktar drones.

If Russian media reports and comments on social networks are to be believed, “the era of Bayraktar in Ukraine is over,” as EurAsiaTimes writes. According to the Asian-oriented online portal, this information is not a rumor. “Hearsay is not hearsay, but, on the contrary, reliable data.” EurAsiaTimes writes that there are similar claims in the comments of the owner of the Turkish company on social media.

According to the rumors, the possible refusal of the Turkish company Baykar to give up production in Ukraine is twofold. The first is the declining usefulness of Turkish drones in the war in Ukraine [it is true that, unlike Syria, Nagorno-Karabakh and Libya, Bayraktar TB2 is much more often shot down by Russian air defense and there are dozens of such confirmed reports]. The second reason is international-economic and the intervention of the Russian President Mr. Vladimir Putin.

According to the second reason, Mr. Vladimir Putin and his Turkish counterpart, Mr. Recep Tayyip Erdogan, have reached an agreement on a gas hub in Turkey. In this way, Mr. Erdogan will fulfill one of his promises to his countrymen to make Turkey an energy regional power in the Balkans.

Such a claim is supported by the fact that in recent months Mr. Erdogan and the Turkish government have gradually suspended military aid to Ukraine.

There are two official facts that at this point can be defined as reliable information. One is the meeting on September 9 between Ukrainian President Mr. Volodymyr Zelensky and Baykar CEO Mr. Haluk Bayraktar in Kyiv. The second received the Order of Merit from Ukraine. One of the meeting topics was the discussion of the future plant in Ukraine for Turkish drones.

The second fact is the meeting between Mr. Erdogan and Mr. Putin on October 19th in Astana, Kazakhstan. At this meeting, Moscow offered Ankara the supply of gas through the Black Sea. Mr. Erdogan confirmed the subject of the conversation after announcing to Turkish media after the meeting that the energy authorities of Russia and Turkey were conducting studies “vital to the project.”

Against the background of these two facts, there is an unconfirmed piece of information announced by Russian sources. According to them, one of Mr. Putin’s conditions to Mr. Erdogan was that if Turkey was to become a gas hub in the region, Bayraktar supplies to Ukraine must stop.

Immediately after the meeting between Mr. Erdogan and Mr. Putin in Astana, Russian cyber pranksters Vovan and Lexus went viral on social media. The reason: they posed as American officials and managed to enroll a Ukrainian employee, Mr. Serhii Pashinsky. The video recorded Pashinski’s criticism of the Bayraktar TB2 drones.

“I was against it because they are extremely vulnerable to air defense systems. They were all shot down within a week. [The drone] is not a self-sufficient weapon” [it cannot operate by itself] as “it is taken down in a flash by air defense systems defense and no combat effectiveness at all,” said Mr. Pashinsky. He is actually the head of the Association of Defense Enterprises of Ukraine.

However, the joke of the Russian pranksters went where it clearly shouldn’t have. The video of Mr. Pashinsky’s answers was seen by Mr. Haluk Bayraktar. And he immediately posted a response on his Twitter account, which was later deleted, but BulgarianMilitary.com has a screenshot.

“All I can offer Mr. Pashinsky is an answer, ‘Go fight on your own then.’” Mr. Bayraktar wrote. Popular Russian defense publications reported that talks about the Baykar plant had “faded” from the Ukrainian press in September.

Previous Article
Rising tensions between 2 of NATO’s biggest militaries are driving fears of the first war between alliance members
Next Article
The UAE is making a precarious shift in its Libya policy. Here’s why

The UAE is making a precarious shift in its Libya policy. Here’s why
NAT 3rd November 2022
Submit an Op-Ed
Tweets by NewsAboutTurke1