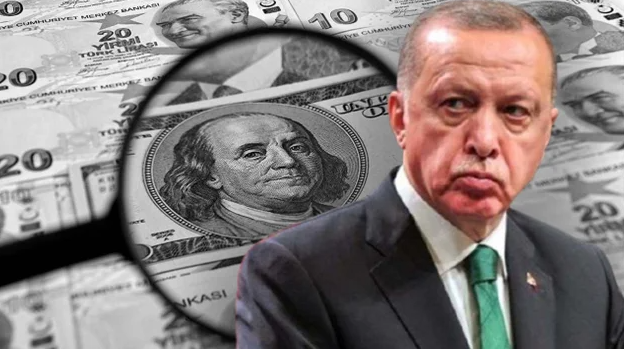 Turkey has major economic challenges to weather. The Turkish Central Bank continues to cut interest rates even though inflation is at a 24-year high and the Turkish lira is at a record low against the US dollar. The Turkish economy, by contrast, surprises with strong growth, reaching 7.5 percent of GDP in the second quarter of 2022. Meanwhile, the EU remains Turkey’s largest import and export partner, as well as its main source of investments.

In light of the aforementioned conditions, how do foreign investors react to these challenges and adjust their strategic outreach accordingly? Is the Turkish economic policy framework conducive to doing business in the country? CATS Network Perspectives, 29.11.2022

Turkey remains an attractive destination for foreign investors due to its industrial base, educated labour force, proximity to markets and access to the EU via the Customs Union. According to the US Department of State, Foreign direct investment (FDI) into the country was recorded at $14.1 billion in 2021, increasing 19 percent compared to 2019. However most of this FDI consisted of real estate acquisition and equity capital inflows. Turkey needs more FDI inflows into manufacturing, services and agriculture in order to adapt to fundamental changes such as the Green Deal and digitalisation.

The Turkish regime for FDIs is a liberal one with few restrictions as to sector and nationality. However, politicisation and opacity of economic decisionmaking, loss of autonomy of economic institutions, irregularity of macroeconomic policy, problems in democracy and rule of law, and a decline in living standards have harmed the country’s image as a favourable FDI destination.

The high rate of inflation and growing debt levels raise concerns about the sustainability of the country’s economic policy. Taking into account that Turkey has already entered a pre-elections phase, budgetary expenditure is likely to increase which will create additional pressure on government debt and inflation. The government, to be formed following the upcoming 2023 elections, will face an extremely bleak picture regarding the economy’s fundamental indicators. Under such conditions, the FDI inflows needed to keep growth sustainable and enhance the country’s adaptation to the green and digital agendas remain too low.

The country’s favorable demographics, well-educated but low-cost labour force, and rudimentary efforts to incorporate Sustainable Development Goals – in the context of the transition to a green economy – into the regulatory framework are likely to make Turkey attractive for foreign investors. Turkey’s geographical position, especially against the backdrop of shifting global supply chains, first due to the pandemic and now the war in Ukraine, further adds to its appeal.

Nevertheless, the Turkish leadership’s insistence on loose macroeconomic policies remains a source of instability and risks overheating the economy, especially at a time of an expected global recession. In addition, the non-transparent and arbitrary application of regulations and politically driven public tender decisions make the investment climate unpredictable. The executive’s expansive control over the judiciary due to the elimination of the separation of powers under the presidential system adds further insult to injury.

The ongoing brain drain also casts doubt on whether Turkey’s demographics and relatively well-educated workforce will continue to be an advantage to Turkey’s competitiveness in attracting foreign investment. In the mid-to-long term, the result of Turkey’s upcoming elections in 2023 will be a decisive factor in shaping the country’s appeal to foreign investors in an increasingly tight global economy.

‘A conflict or serious incident, whether intentional or accidental, between Athens and Ankara would severely impact the fragile state of the economies in both countries.’

Turkey’s risk premium – a major indicator considered by foreign investors before placing their money in a country – has risen considerably since Ankara implemented a loose monetary policy despite its highest inflation in 24 years. The Turkish Central Bank has made several interest rate cuts to stimulate economic growth since last year while most other central banks are doing exactly the opposite. Therefore, the risk premium of Turkey’s (5-year) credit default swaps, which stood at about 300 basis points at the beginning of 2021, reached 528 basis points – which is higher than many other emerging economies. This indicates that investors assess the state of the Turkish economy as fragile and risky.

Consequently, the economic environment dominated by soaring inflation and a weak currency has driven investors out of the market. Not only has the flow of foreign direct investment to Turkey stagnated in recent years, but portfolio investment through the stock market and loans has also decreased.  Since the beginning of the year, foreigners have sold $3.6 billion in holding of Turkish shares and foreign ownership of Turkish stocks has fallen to 33 percent, which is half of the historical average.

As the June 2023 elections approaches, Erdoğan’s government will most likely continue its current monetary policy, embark on pre-elections spending and use fiscal measures to garnish support. All these factors will keep foreign investors at bay.

Greek-Turkish commercial relations remain on a solid course. Bilateral trade improved in 2021, surpassing the 5 billion euros threshold and returning to pre-COVID-19 levels. Greek exports to Turkey continue to grow in 2022. Meanwhile, imports from Turkey are growing at an even faster pace.

This commercial performance stands in stark contrast to a cross-cutting set of challenges. Almost on a daily basis, Athens and Ankara confront each other on several foreign and security policy issues. Turkey’s soaring inflation and a weaker domestic currency have adversely impacted tourism arrivals to adjacent Greek islands such as Samos and Lesbos. Greek banks have hesitated to return to Turkey after years of expansion that were cut short by the sovereign debt crisis and lenders in Athens having to be repeatedly recapitalised.

As regards investment, Turkish citizens and émigrés have been buyers of real estate, primarily in Thessaloniki, benefiting from the Greek ‘Golden Visa’ programme, snapping up properties by the thousand. Vice versa, Greek firms investing in Turkey are focusing on sectors such as renewable energy. But the major roadblock to enhanced bilateral investment concerns ongoing tensions between Greece and Turkey over maritime economic zones in the contested waters of the Eastern Mediterranean. A conflict or serious incident, whether intentional or accidental,  between Athens and Ankara would severely impact the fragile state of the economies in both countries and have immediate consequences for bilateral trade.

Italian and Turkish relations are “standing on a very sound path”, as Italy’s ambassador to Türkiye, Giorgio Marrapodi, affirmed in a recent interview. The two countries reached a stunning level of $23 billion in mutual trade in the past year. The grain deal between Moscow and Kiev to counter the worsening situation in the so-called “hunger hotspots”, the situation in the commercial fluxes through the Turkish Straits and the transportation of Eastern gas to Italy are the main economic dossiers on the current bilateral agenda. These developments demonstrate that political transitions in the Mediterranean and a strong Turkish economy positively impact   commercial and industrial relations between Rome and Ankara.

As the war in Ukraine appears to have reached a decisive turning point, the AKP government, accentuating its strategy in view of the 2023 presidential election, is trying to gain a mediator role vis-à-vis its European allies – Italy is obviously one of them – and to counterbalance the effects of its economic challenges through major diplomatic efforts.

The newly elected Italian government of Prime Minister Giorgia Meloni was once formerly opposed to Turkey’s entry into the EU. Nonetheless, today it should avoid a rupture in bilateral relations, and instead regain and rebuild a common role in areas strategically vital for both countries.

The second driver for growth was the increase in consumer durables spending in an inflationary environment with negative real interest rates. In an attempt to protect the value of their savings, households brought forward their spending. This type of spending is not expected to be long lasting.

Looking forward, both the exports channel and the consumption channel are likely to slow down Turkish growth in the second half of the year. This is good news for current inflationary pressures and external debt.

Despite all the challenges such as domestic policy errors, global inflationary pressures and the Russian war in Ukraine, the Turkish private sector once again proved its resilience and its ability to adapt. Because of capital ouflows in the last couple of years, Turkey offers cheap investment opportunities with a potential to rise when the country’s economic policies are  again aligned with conventional wisdom and geopolitical tensions ease. Turkey’s young and dynamic population, its strong infrastructure and its unique location present promising investment opportunities in the post-pandemic world.

‘Whoever wins the elections in 2023, they will have to put the economy back on track amid tough international financial conditions.’

Erdoğan’s economic policy is driven by a personal, faith-based dislike of usury, a simple electoral calculation. Moreover, Erdoğan shares a small shopkeeper’s view of interest rates.  Here, interest is considered un-Islamic and his ambition is for Turkey to move away from such speculation. His background in small business also shapes his view of interest rates as a cost of business, so if he can force the Central Bank (CBRT) to cut policy rates, by his logic that will reduce price pressure.

But more importantly, his political experience suggests that lower interest rates fuel credit growth, economic growth, lower unemployment and can deliver votes at elections. As Erdoğan and the AKP face difficult elections next June, he has to pump prime growth to win votes. At least that is his logic.

The low interest rate policy might win him the elections. But what happens after is a major concern. The price of this policy will be heavy intervention to defend the Turkish lira, a massively negative net international reserve position at the CBRT, a huge current account deficit of probably more than $70 billion and considerable gross external financing needs, during times of persistently high inflation. If Erdoğan wins the upcoming elections, we can expect heavy capital flight by locals, giving up hope of Turkey’s future as a democracy. Consequently, a balance of payments crisis, and then potential for a systemic crisis with a fundamental loss of confidence in the currency and the banks could follow.

Over the past decade, Turkey has been on a steadily downward trajectory both economically and politically. The shift to a presidential system in 2018 has accelerated these trends. Turkey is heavily indebted to international investors by around $450 billion and the short-term external debt is $185 billion. It has a persistent current account deficit, which is made worse by having to import energy at high prices. The depreciation of the local currency has not led to a major boost in exports. Meanwhile, inflation has soared to 85 percent but President Tayyip Erdoğan continues to rule out interest rate hikes.

The economy relies on ‘tricks’, such as foreign exchange-protected deposits and net inflows of money whose origin is at times unclear – categorised by the Central Bank as “net error and omissions”. Rather than planning for the long term, the government’s exclusive focus is on keeping the economy afloat until the upcoming 2023 elections.

Unsurprisingly, foreign investors appear increasingly hesitant to put money in Turkey. In the past three years, according to Al-Monitor, FDI averaged some $7.5 billion a year, but the figure includes foreign purchases of real estate. Excluding those purchases, the figure drops to less than $2 billion a year. Whoever wins the elections in 2023, they will have to put the economy back on track amid tough international financial conditions.

The contributions to CATS Network Perspectives (CNP) reflect the views of the authors.