Erdogan and Turkey: Far from a fairy tale?

Erdogan and Turkey: Far from a fairy tale? 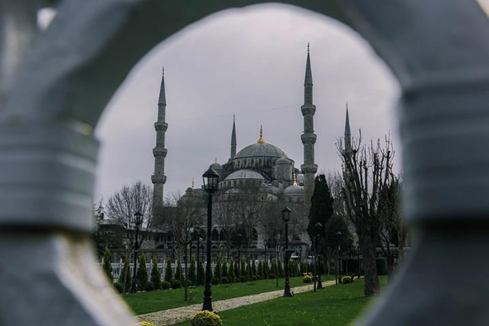 Amid the war in Ukraine, and the general global climate of instability, it is easy to forget that not so long ago, a military coup was attempted on the edges of Europe. In 2016, a group of elites in Turkey tried to overthrow the Erdogan government on the basis that its retreat from secularism and democracy alike rendered it unfit for purpose. As there was no meaningful victory or concession won,  the  repressions  and  repercussions  only, increased. But far from confining such events to the ‘It couldn’t happen here’ club, this attempt – futile though it may have initially been – may yet bear fruit, as its occurrence, and all the consequences and responses since, have set the tone for the struggle over modern-day Turkey.

The story of Recep Tayyip Erdogan is a ‘fairy tale’ in more ways than one. Rising from anonymity and obscurity to become (successively) Mayor of Istanbul, Prime Minister and President, while facing intermittent jail sentences and political banning orders in an environment where reconciling warring religious and political factions seemed all but impossible. But fairy tales in their original form were cruel and violent, and so it has proved with Erdogan. Under his rule, Turkey has devolved into one of the world’s most autocratic, repressive, and undemocratic states, with particular ire reserved for political dissidents and the very concept of a ‘free media’.

Neither does Erdogan reserve his vitriol for his constant enemies. Once a close friend and political ally, the US-based cleric, Fethullah Gulen, has seen his supporters dubbed as terrorists. With sweeping repressive measures, turning on one’s friends and adopting the characteristics of a man with his back against the wall, everything would have painted Erdogan as a desperate man whose time was running out. But this is not the case. It must be reiterated that the coup failed to achieve any of its objectives and, in all honesty, was in its death throes almost from birth. Erdogan has always retained the strong support of the nationalist and religious quarters, both highly influential groups across political and economic life and, of course, having the military on side does not hurt either.

But all is not going according to plan and the fault lines have been growing for quite some time. For a start, the fact that the coup was attempted at all, in an environment where Erdogan believes his position to be unimpeachable and the security services take care of the rest. Indeed, a state of emergency persisted in Turkey for a full two years following the coup, hardly the act of a man confident in his own adulation. Political dissent has also been growing. In 2019, there was a genuine (if symbolic) shock when local opposition parties seized control of Istanbul, Ankara, and Izmir. But more forbiddingly now, national opposition is finally getting its act together in the form of the caucus unofficially known as the ‘table of six’.

The internecine in-fighting and squabbling appears to be coming to an end, with the greater goal of toppling Erdogan in sight in the Presidential election in summer 2023, so long as an acceptable Presidential candidate can be settled on. A slight victory by the present incumbent would, at least, force him to reach out and address bipartisan concerns, with the only other choice being full-on dictatorship, with Erdogan as aware as any that such things rarely end well. For the Table of Six, there is no reason to believe that they cannot present a unified front and remove him, something which would fundamentally change not only Turkey’s internal conversation but also alter the European political and economic architecture significantly.

And Erdogan has one good reason to be worried – the economy. As the 2018 state of emergency ended, a full-on economic crisis began, fuelled by the government’s incessant borrowing, the plunging in value of the Turkish lira (and concomitant inflation) and Erdogan’s own fiscal policy of lowering interest rates in the face of inflation rising between 83.45% (official figures) and 176% (independent figures) in the belief that this would boost the Turkish economy, over and above the damage it would cause: a calculated gamble. One that all credible economists would have advised against, but Erdogan has never been one to listen to contrary advice.

As a result, there is now desperation in the strategy of ignoring any pretence at bringing domestic inflation down, rather continuing to drive wages up in the ultimate short-term stay of execution. Like virtually all of Erdogan’s economic policies over the past nine years, this is unsustainable – but with little indication that matters can be got under control, international business confidence and investment are far from forthcoming, and what little economic credibility the Erdogan government still has will be eroded even further. This is not what any government wants to hear less than a year out before an election, but it is particularly a problem for Erdogan as the low-interest-rate policy is his personal directive, whether borne out of his Islamic faith or political conviction that it is a vote-winner. As the economic truth continues to bite down harder on the ordinary Turk, neither blind faith nor doctored poll ratings will hide Erdogan from the glare of reality.

But even if the President can pull off the trick of restoring economic credibility internationally, bringing down the debt and inflation economically and regaining genuine popular support socially, there is still an Asian elephant in the room, and its name is Russia. Ankara and Moscow have always retained cordial relations, not least because if your country is sandwiched between two political and economic behemoths, it pays to try to keep them both on side as much as possible. However, recent times have seen the pendulum swing a lot more East than West. Partly because Erdogan sees Putin as a kindred spirit – a strongman leader of whom little was expected and who views himself as constantly taking arms against a sea of troubles – but also because Ankara’s path has diverged further and further away from Europe, with Turkey not even coming close to meeting the requirements of joining the EU (not that it is particularly keen on doing so).

Whether Moscow’s pull factor outweighs the EU’s push factor, or vice versa, is a question for another time. Suffice to say that Erdogan is far closer to Putin than you may wish of a leader who is plunging Europe into war. With trade ties deepening, Erdogan is clearly hoping that his friendship will not be forgotten as and when Russia redefines its preferred partners worldwide, as well as being able to use the Russian economy to essentially prop up the Turkish one. But this is a symptom of desperation and short-term-thinking. Desperation in that to turn to Russia, now of all times, is an admission that everything else has failed and you have no better friends, and short-term, because not only is the West likely to regard Erdogan’s Turkey as close to a pariah state along the lines of Iran, aiding and abetting the big beasts, but because if you throw yourself upon the mercies of Russia and China, in such an arrangement there can be only one winner. Further estrangement from the West may be the inevitable consequence.

Previous Article
Nowhere to run: Greece pushes back victims of Erdogan’s crackdown, Turkey arrests them
Next Article
Turkey does not need permission for Syria operations, keeps allies in loop: Kalın