Turkey’s education system was once an inspiration for Pakistan. Today, both countries promote religious education.

Turkey’s education system was once an inspiration for Pakistan. Today, both countries promote religious education. 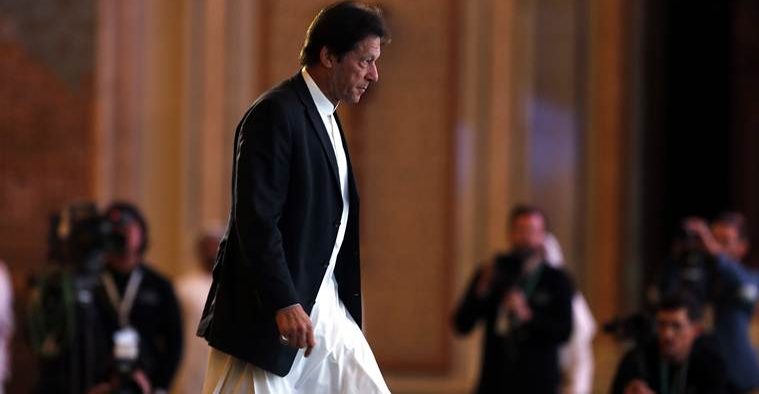 In the last column he wrote before he was murdered, Arab journalist Jamal Khashoggi wanted “freedom of expression” and “modern education” in the Muslim world. In Pakistan, however, the government is worried about the concurrently functioning Urdu and English-medium schools “because they produce two nations” and wants to convert them into a single stream. It doesn’t require much guessing to predict that the English-medium schools would soon be asked to become like the Urdu-medium schools and facilitate the creation of “one nation”.

Last year, Imran Khan complained of “three streams of education” in Pakistan. While Khan was silent about the defects of two streams — Urdu-medium schools and madrasas — he disapproved of private schools in which English is the medium of instruction from grade one. He said these schools “alienate the child from Pakistani culture”. One fears that this “alien” segment of the country will soon be subjected to “reform”.

Pakistan inherited the English language from the colonial state. It should now be expected to upturn what Khashoggi died lamenting: Too much religious education and non-logical comprehension of the world. Pervez Hoodbhoy, Pakistan’s nuclear physicist, who has often fallen foul of the establishment, wrote in April: “Education is a confusing term because it has a broad range of meanings. But at the extremes, lie two fundamentally different types — traditional education and modern education. Like oil and water, they do not mix, however vigorously shaken. [In traditional education] knowledge comes by revelation and is thus unchangeable; the content is fixed until eternity. Modern education, on the other hand, is 100 per cent secular and this-worldly. It shamelessly changes content according to need and circumstance, caring only about the here and now.”

When Pakistan came into being, Kemalism was the favoured ideology of the rising Muslim world. Muhammad Ali Jinnah is said to have once read a book describing Mustafa Kemal Ataturk’s modernisation of Turkey and recommended it to his daughter. Pakistan’s founding-philosopher, Muhammad Iqbal, too leaned in favour of Turkey’s changeover, and abandoned the anti-Kemalist Khilafat Movement in India. Turkey, however, has remained a favourite Muslim state in Pakistan. Imran Khan’s religiously-oriented wife Bushra Bibi recently named her husband and Recep Tayyip Erdogan as the “only” two great leaders of the Islamic world. One hopes the Saudis took no notice.

Khashoggi was allegedly killed by Saudi agents in Turkey. He must have taken note of how Turkey was proceeding with its education system. Ataturk had abolished the traditional madrasa-based education in 1924 and did not spare the big clerics who headed them. When Erdogan took over, Turkey was already moving away from the modern education system as a result of the powerful school system started by Erdogan’s friend Fethullah Gulen, a Turkish preacher living in the United States, where he heads a foundation called Hizmet (service). Gulen’s schools were also flourishing in Pakistan but were abolished after Erdogan fell out with the preacher. The teachers of these schools were deported to Turkey against their wishes.

The reaction against the remnants of Kemalism in Eastern-Central Turkey has provided Erdogan with his support base. Ataturk had westernised Turkey but the Kemalist revolution did not penetrate Anatolia. Today, the Turkish educational authority, is busy opening imam khatibs, pre-school centres for the religious education of children between the ages of four and six.

This reminds one of Pakistan where 31,000 or more big madrasas impart the kind of education Hoodbhoy talks about. The number of imam khatib schools in Turkey has increased from 450 in 2002 to 4,112 in 2017. There are only 302 specialised science high schools in the country. In Lahore, the Engineering University (UET) has a “religious” department of Islamiyat that was once headed by the man described the UN as a terrorist, Hafiz Saeed. Its students ended up working for the Taliban.

In the 20th century, the Islamic world was keen to shake off the colonial yoke and step into what its reformers thought was a “modern” world. In the 21st century, the Islamic world is trying to bid goodbye to these reforms. Islamic modernism was on the ascendant under Arab dictatorships but wilted under democracy. In fact, Muslims chose democracy in the 21st century — in the Arab Spring of 2010 — as a means of “reversion,” a phenomenon which the world has failed to grasp.