Turkey planned abduction operation against own nationals in Pakistan: report

Turkey planned abduction operation against own nationals in Pakistan: report 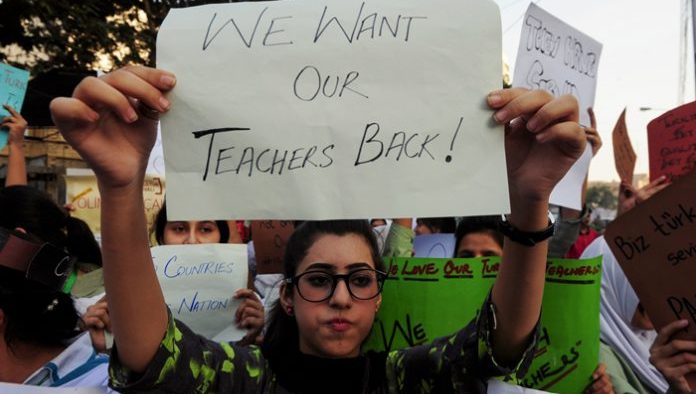 A petition filed by the Pak-Turk Education Foundation (PTEF) with Pakistan’s Supreme Court states that Turkey tried to conduct an abduction operation against Turkish citizens working at the foundation’s schools in 2017 but that the Ministry of Interior refused to allow a plane carrying Turkish intelligence officers to land, Pakistan Today reported.

The PTEF is a faith-based Gülen movement foundation established in Pakistan that runs a network of schools. The Turkish government accuses the movement of orchestrating a failed coup in July 2016 and considers anyone with links to the movement a “terrorist.”

The top Pakistani court in December handed the PTEF to the Turkish government-run Maarif Foundation, accepting Turkey’s terrorism allegations. As a result, the Gülen-linked school filed a petition asking the courts in Pakistan to avoid involvement in the political conflict between the Turkish government and its political rivals.

The petition by the school claimed, according to Pakistan Today, that the Ministry of Interior via a letter directed all chief secretaries not to allow a special Boeing 777 aircraft to land at Islamabad or Lahore airports.

The petition further claimed that two senior Turkish intelligence officials and 20 national police guards were arriving in the country on the aircraft to conduct intelligence-based operations against Turkish President Recep Erdoğan’s rivals in Pakistan. Further, the Interior Ministry then requested the Pakistani Ministry of Foreign Affairs to issue a warning to Turkey.

In July 2017 the ministry sent a “diplomatic warning” to the Turkish ambassador in the country, explaining that Pakistan was given “fake reports” regarding threats posed by Turkish nationals residing in Pakistan associated with Turkish cleric Fethullah Gülen or other opposition leaders.

Last week, some members of the European Parliament strongly condemned the Supreme Court of Pakistan for a ruling recognizing former staff members of the Pakistan-based Turkish schools run by followers of the Gülen movement as “terrorists.”