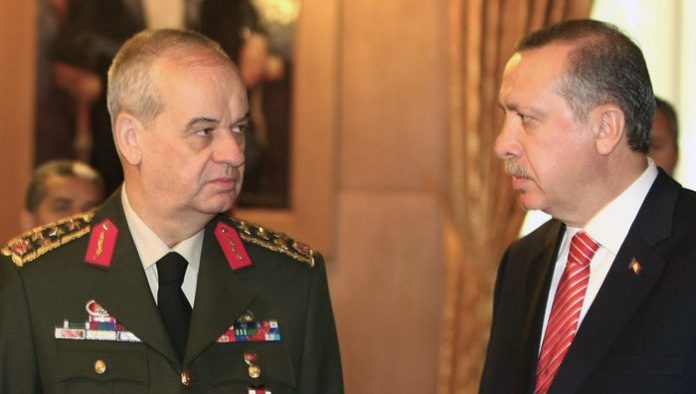 İlker Başbuğ, a former Turkish chief of general staff, has said military cadets who were inspired by the views of Turkish-Islamic cleric Fethullah Gülen were “smart and good looking,” the Hürriyet daily reported.

Başbuğ spoke to Hürriyet for an interview about his new book, “Ergenekon’dan Çıkış,” (Exit from Ergenekon).

Ergenekon is the name of an alleged clandestine organization. The Ergenekon investigations, which dominated the domestic political scene starting in 2008 and aimed at holding mainly the military bureaucracy accountable for unlawful actions as well as coup plots, had resulted in the trial of high-ranking generals, including Başbuğ, amid complaints of irregularities and the unjust imprisonment of allegedly uninvolved people.

Başbuğ said in the interview that the Gülen movement, which is labeled as a terrorist organization by the Turkish government, used two criteria in selecting students who would go to military schools. He said the movement selected children from poor families and smart and good-looking ones to be sent to the academies.

The Gülen movement is accused by the Turkish government of masterminding a failed coup attempt in July 2016 in which 249 people were killed. The movement strongly denies any involvement in the coup.

Following the failed putsch, the Turkish government launched a widespread crackdown on alleged and real followers of the movement under the pretext of an anti-coup fight.

Thousands of military officers have been expelled from the Turkish Armed Forces (TSK) due to their alleged links to the movement.

The Gülen movement is also accused of infiltrating in the TSK and the Turkish bureaucracy; yet, the movement rejects the claims of infiltration and says its followers, as citizens of Turkey, have the right to serve in state agencies.

In the interview Başbuğ also complained that Turkey’s National Intelligence Organization (MİT) did not provide any intelligence to the TSK about which of its members were Gülenists as it was hard for the TSK to identify them on its own.