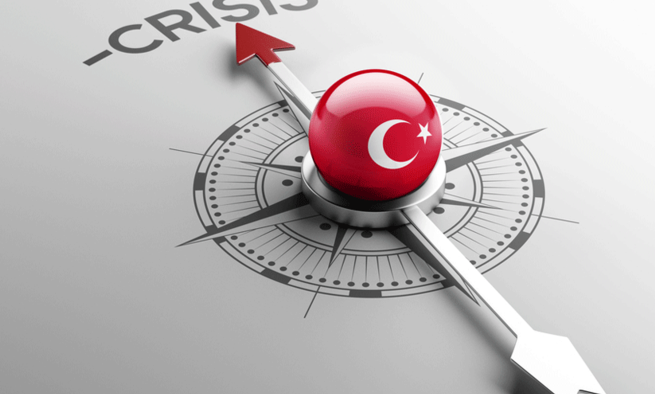 Turkey’s shock measures to tame the world’s most volatile currency risk reverberating throughout the recession-hit economy, hitting banks especially hard by curbing their capacity to lend.

In a bid to stem the lira’s slide before local elections on Sunday, Turkish regulators orchestrated a currency crunch by pressuring local lenders not to provide liquidity to foreign investors who want to bet against the monetary unit. That sent the cost of borrowing liras overnight on the offshore swap market soaring past 1,000 percent — but it threatens to shoot Turkish banks in the foot given that they rely on the market to raise lira funding to finance lending at home.

The economy may shrink by 2.5 percent this year as a result, the analysts said. That will deal a hammer blow to President Recep Tayyip Erdogan whose grip on power is waning after losing cities that are home to at least half of Turkey’s population of 82 million in this weekend’s poll.

His administration’s push to extend cheap loans to spur growth have already pressured deposit rates as lenders try to protect their profit margins, leading to an unprecedented swing to foreign-currency savings. The average rate on lira deposit accounts has dropped by more than 650 basis points from a 14-year high in September to 20.5 percent, hardly compensating for 19.6 percent annual inflation in March.

Turkish banks, which have ample foreign-exchange funding due to the high level of deposits in currencies other than the lira, have a net swap position of around 217 billion liras ($39 billion) as of end February, according to the banking regulator’s data.