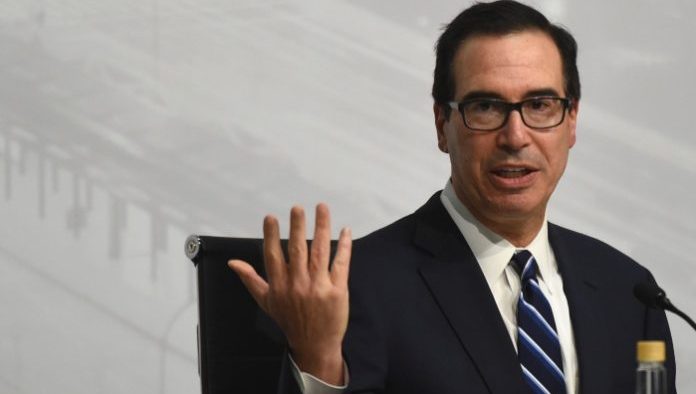 The revelation came a month into US Senator Ron Wyden’s investigation of Halkbank, the Turkish state-run bank accused of the biggest money-laundering scheme ever charged in US history.

The Treasury Department replied to Wyden’s investigation on Nov. 20 with a four-page letter from Deputy Assistant Secretary Frederick Vaughan.

While the letter disclosed that Mnuchin had met with Erdoğan, it largely did not respond to detailed questions about Mnuchin’s discussions with Turkish officials or whether US President Donald Trump had intervened in the Halkbank case.

“The Treasury Department does not deny that President Trump tasked Secretary Mnuchin with intervening in the criminal investigation of Halkbank, and the department’s response to my letter raises more questions than it answers,” Wyden said in an email.

The final page of the letter included an enclosure listing two of Mnuchin’s meetings with Erdoğan this year; three with Turkish finance minister and Erdoğan’s son-in-law Berat Albayrak; and another two with Mehmet Şimşek, a former member of Erdoğan’s cabinet.

“These meetings took place while Treasury was supposed to be playing a key role in investigating Halkbank for massive Iranian sanctions violations,” Wyden said.