Turkey’s Economy on a knife edge

Turkey’s Economy on a knife edge 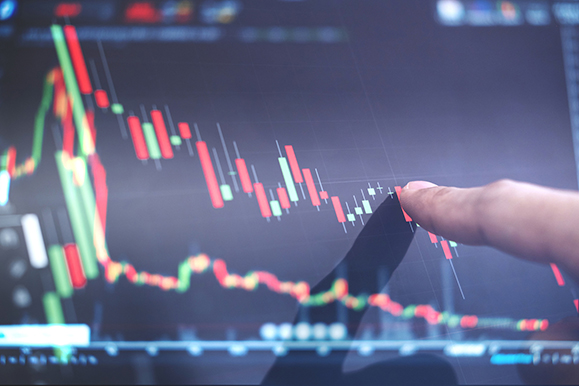 Turkey’s position economically, and from a capital markets standpoint, is better at the end of 2019 than it was a year ago. However, that is not to say all is well with the country — far from it. Prospects for 2020 are, at best, mixed with growing concerns over central bank independence and high debt levels

For a country recently removed from a currency crisis and still belaboured by the threat of US sanctions, Turkey has enjoyed a sensational year of borrowing. Indeed, the first quarter of the year was Turkey’s busiest ever in the bond market. Turkish borrowers printed around $10.6bn of international issuance — equal to the whole amount raised in 2018 and the lion’s share of the $16bn raised this year.

The loan market has been active too, although the focus has been on price, rather than size. Margins are low, but issuance in 2019 has fallen $8bn year on year to $15bn. Nevertheless, the combined total borrowing is remarkably healthy given Turkey’s geopolitical and economic woes.

But the good times may not last. “Turkey has a high external financing requirement, which it’s been able to finance this year,” says Paul Greer, senior EM portfolio manager at Fidelity in London. “But then, it was a very benign year for EM.”

The US Federal Reserve’s dovish switch early in the year sparked a rush into riskier assets. Turkey cannot count on the same thing happening again this year.

In some respects, Turkey’s position has undeniably improved. The Turkish central bank heeded investors’ cries and delivered a series of brutally austere rate hikes, driving the Turkish economy into recession. Despite Turkish president Recep Tayyip Erdogan’s protestations, the high rates had the desired effect. Inflation has collapsed from 25% to 8.5% and the current account deficit has gone from 7% of GDP to almost flat — something Turkey has rarely been able to boast about over the years.

But more worrying than Turkey’s monetary policy future is its fiscal picture. “Turkey is looking at a 3%-3.5% fiscal deficit next year,” says Greer.

James Athey, a senior investment manager at Aberdeen Standard Investments, is equally concerned. “The sheer volume of corporate debt is a serious problem.”

Despite 18 of Turkey’s top tier banks, alongside the sovereign, being downgraded earlier this year by Moody’s, lenders have continued to plough money into their relationship banks, justifying the tighter margins by pointing to the resilience and balance sheet strength of Turkey’s banks.

But while the private banks are doing their part, the state banks have not got the memo and are continuing to extend credit. “That’s contributing to the loosening of fiscal discipline,” says Greer.

As a result, “most funds are underweight in Turkish debt and are expecting the trajectory in Turkey to worsen,” says Jan Dehn, global head of research at Ashmore in London.

Politically, as well as economically, the situation in Turkey remains fraught. Turkish central bank independence suffered an undeniable blow in July, when Erdogan fired the well-respected governor Murat Cetinkaya. Although the central bank delivered the much needed rate rise, it has since made aggressive and divisive cuts and has yet to regain the trust of some investors. Athey is worried by the lack of central bank independence and believes the cuts were the result of political pressure and the good work done earlier could be undone. “I think they cut too much too quickly, and that the direction of inflation is going to reverse as a result,” he says.

But not everyone is so sceptical. Greer believes Turkey still has room to cut its policy rate further. “Although I expect inflation to go higher and finish the year around 12%, the rate is at 14%, so there’s still a buffer of 200bp real policy rate. It would be a mistake to cut the rate to single digits, but a 100bp or 200bp rate cut is justified. Looking at the performance of Turkish assets, the market seems to agree.”

Internationally, Turkey has faced sanctions over its purchase of S400 missiles from Russia, and over its military involvement in Syria. It appears that US president Donald Trump is prepared to defend Turkey from further sanctions, but as Greer says: “The diplomatic picture appears to have cooled off, but we’re one tweet away from a vol spike, particularly as there’s pressure from Congress to impose sanctions.”

With global interest rates set to remain low, Turkey should still have access to international markets in 2020. 2019 has shown that the Turkish debt management office is canny at snatching openings when they are available, but Athey fears that the hunt for yield in core markets has “dulled” investors’ fears and made them too forgiving. If Turkey cannot rescue its fiscal trajectory, investors will get their fingers burned. 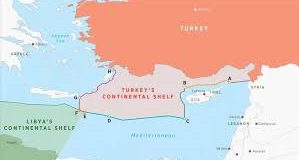