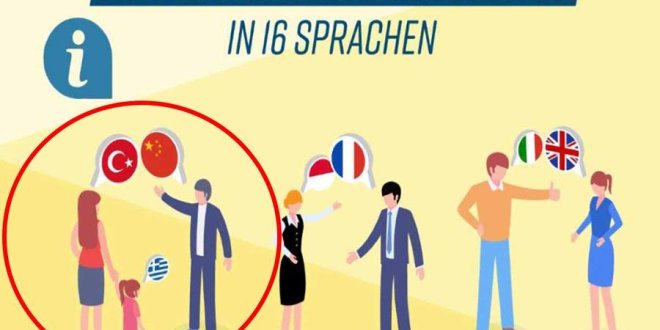 Ignorance? Arrogance? A gaffe? Yes, Yes and certainly No. An illustration published by the German health ministry triggered an outrage on Greek social media on Monday and forced the institution in Berlin to withdraw the despicable sketch.

The sketch is part of a PDF providing information to coronavirus in 6 languages. And there it went, Turkey featured as a woman holding the hand of its child, that is Greece.

The info paper is an initiative of the German Ministry of Health and the National Medical Center, provides information to citizens in Arabic, Bosnian-Croatian-Serbian, Chinese, English, French, German, Greek, Italian and Kurdish, Pashto, Persian, Polish, Romanian, Russian, Spanish and Turkish.

As no other expected, it provoked many negative reactions on social media in Greece and was posted in all news websites and blogs.

Greek Twitter users were quick to comment and condemn and emphasized that “only Germany could have such a lack of sensitivity.”

What the hell were you thinking of? How pathetically coarse and ignorant are you #germans ?#Greece#Germanyhttps://www.libre.gr/salos-apo-dimosieysi-toy-germanikoy-y/ …

“Most likely the coronavirus made Germans dizzy.” 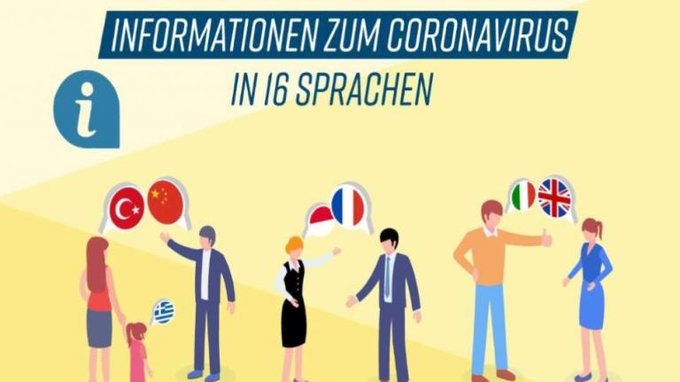 Even Turkish Twitter users ironically laughted about it and some noted the failing performance of Turkey to deal with the pandemic.

Following the uproar and the reactions, the German Ministry of Health removed the controversial Tweet with the photo from its social media accounts.