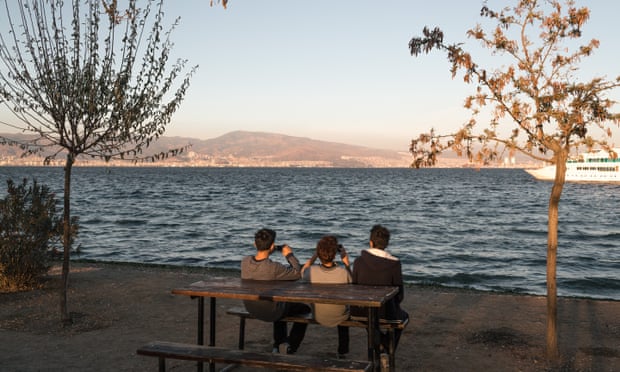 Twenty-two-year old Esra, from Mersin, is even more bored than usual this Ramadan. Universities are shut and Turkey has taken the unusual step of placing under-20s, as well as over-65s, under a curfew, because many Turkish families live in intergenerational households.

As a result, Esra can’t see any of her friends. And a few days into the Muslim month of fasting, like many young people, she is now feeling even more suffocated by the religious restrictions imposed by her pious parents.

“They normally don’t know how I dress when I’m not there but even in the house now wearing tight jeans bothers them and they’re commenting on it,” she said. “They think I am fasting but I’m not. I have water in my room.”

Despite more than a decade of efforts by Recep Tayyip Erdoğan’s ruling Justice and Development party (AKP) to mould a generation of pious Turks, the country’s youth appears to be turning away from religion.

Turkey’s founder, Mustafa Kemal Atatürk, banished religion from public life, creating a secular, pro-western republic that broke with the Ottoman past. One hundred years later, Erdoğan has put Turkey back on a more religious and socially conservative path, aiming to create a “religious generation” that will “work for the construction of a new civilisation”. Some members of the opposition nickname him the “caliph in waiting”.

The president has trebled the number of religious İmam Hatip high schools in the country, steadily increased funding for Turkey’s religious affairs directorate and increased the powers of local muktars, or community leaders, who are usually pious men.

Yet a study by Sakarya university and the ministry of education from earlier this year looking at religious curricula in Turkey’s school system found that students are “resisting compulsory religion lessons, the government’s ‘religious generation’ project and the concept of religion altogether”.

Almost half of the teachers interviewed said their students were increasingly likely to describe themselves as atheists, deists or feminists, and challenge the interpretation of Islam being taught at school.

Polling by the agency Konda in 2019 also found that people aged 15-29 described themselves as less “religiously conservative” than older generations, and less religious than the same age group a decade earlier – respondents said they did not necessarily cover their hair, pray regularly or fast during Ramadan.

The overall drop in people who described themselves as religiously conservative was 7%, down from 32% in 2008, and those who said they fast during Ramadan declined from 77% to 65%.

The shift away from religion among Turkey’s younger generation follows a trend seen in many industralised countries. But some wonder if it is also a backlash to almost two decades of the AKP’s pushy brand of political Islam.

The 2019 survey only revealed a slight drop in religiosity overall. In a country where around half of the 82-million-strong population is under 30, however, even small societal attitude changes could have a dramatic impact on Turkish politics in future.