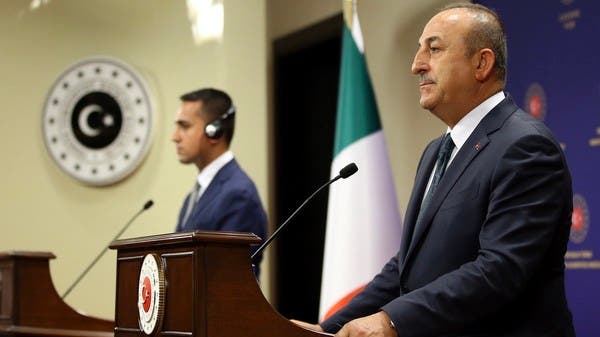 Turkey on Friday criticized the EU’s Operation Irini aimed at halting arms shipments to Libya as “not objective”, a day after NATO said it would probe a naval incident with a French ship.

Irini was set up to enforce a United Nations arms embargo to Libya.

Turkey strongly supports the UN-recognized Government of National Accord (GNA) in Tripoli, sending sophisticated drones and air defense systems that helped it repel the offensive by the eastern forces led by commander Khalifa Haftar.

“Does it say anything about the warplanes coming to Libya from Syria? Does it have a report about France supplying arms to Haftar?” he asked during a joint news conference with Italian counterpart Luigi di Maio.

“It’s not objective. Operation Irini does not contribute to a solution to the Libya problem, nor the embargo,” Cavusoglu said in Ankara.

Di Maio said Operation Irini was criticized by rival sides in Libya, which “might be what makes it balanced.” 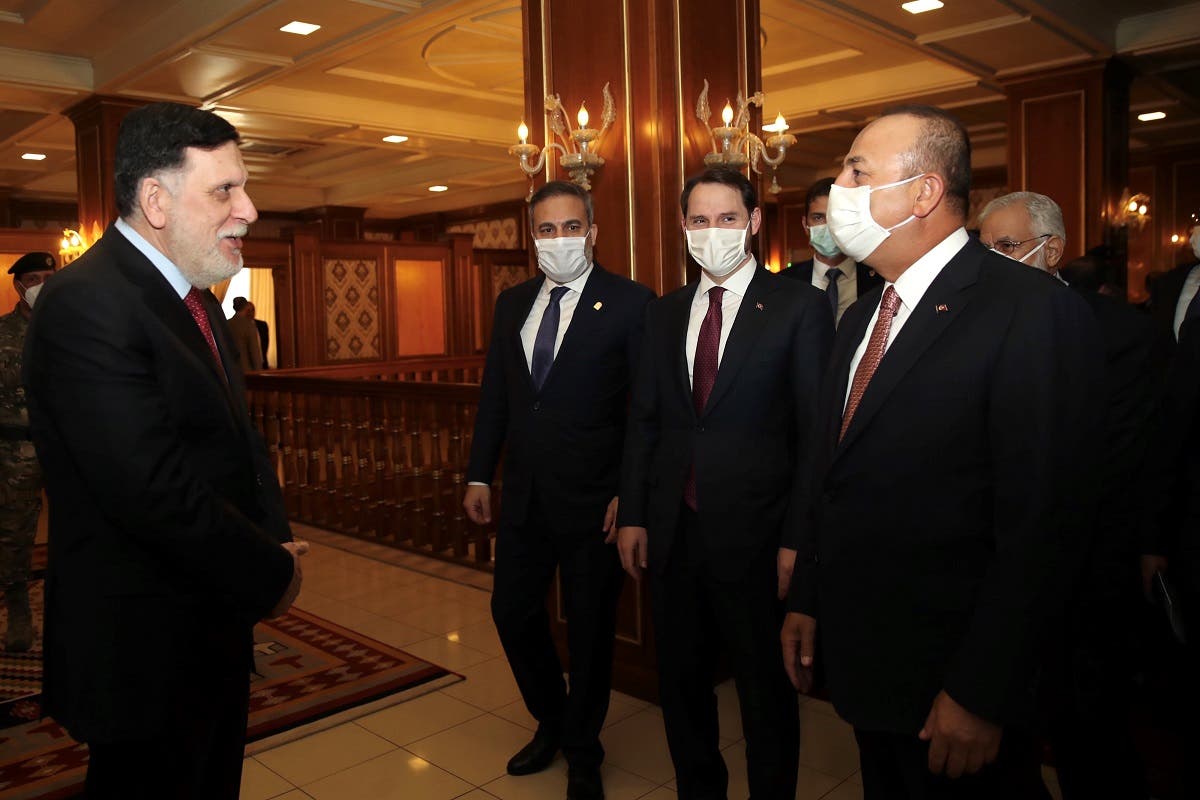 Turkish Foreign Minister Mevlut Cavusoglu (R) welcomed by Libyan Prime Minister Fayez al-Sarraj (L) prior to a meeting as part of their official visit to Libya on June 17, 2020. (AFP)

“Our objective is to guarantee air, naval and satellite structures precisely to be able to control the maritime borders, to control the flow of arms through vessels and across borders,” he said.

NATO said on Thursday it has launched an official investigation into a naval incident in the Mediterranean between alliance members France and Turkey.

Paris has complained that one of its ships was subjected to radar targeting by Turkish frigates while trying to inspect a cargo vessel believed to be carrying arms to Libya.

But Ankara dismissed the allegations as “groundless”, accusing the French ship in turn of a “high-speed and dangerous maneuver.”

France has long been suspected of favoring Haftar, whose stronghold lies in Libya’s oil-rich east and who is also backed by Russia, Egypt and the United Arab Emirates.

Libya has been mired in chaos since the 2011 uprising that toppled and later killed longtime dictator Moamer Gaddafi.

Haftar has sought to regain control over western Libya, fighting the GNA in an abortive attempt to seize the capital Tripoli.

The Italian minister was initially due to visit Ankara on Wednesday but it was postponed when a high-level Turkish delegation including Cavusoglu and intelligence chief Hakan Fidan flew to Tripoli in an unannounced trip.