Prosecutor declines to pursue killing of 13-year-old Kurdish girl, claiming she was a terrorist

Prosecutor declines to pursue killing of 13-year-old Kurdish girl, claiming she was a terrorist 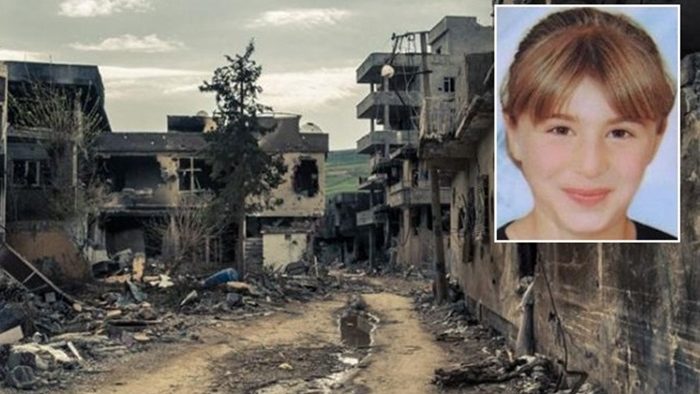 A prosecutor has made a decision of no prosecution in the case of 13-year-old Fatma Elarslan, who was killed during a curfew in the southeastern city of Şırnak in 2016, claiming, based on the testimony of a secret witness, that she was a member of a terrorist organization, the Mesopotamia News Agency reported.

According to the autopsy Elarslan died from firearm and explosion-related injuries. No information on the weapon that fired the shots was found in the investigation. The prosecution claimed that Elarslan had clashed with the police, but her body was found in an open area together with nine others where, according to police records, no altercations had taken place.

A lengthy curfew was declared in the district of İdil on February 16, 2016 for the purpose of “eliminating the terrorists and ensuring the safety of life and property of the residents.” According to her father, Mehmet Elarslan, Fatma went out to play with her friends but was stranded in another neighborhood due to clashes. Her family was only able to reach her remains on March 9, a day after the curfew was lifted. The body of her friend, 15-year-old Sevilay Yıldız, was found alongside hers.

Elarslan family attorney Veysel Vesek objected to the prosecutor’s decision. Vesek said Elarslan was not even 13 when she was killed and that the act of killing cannot be legally condoned with the claim that she was a member of a terrorist organization. He said it was against the law to claim that she was a terrorist because the weapon that killed her was not identified. Vesek also said declaring Elarslan a member of a terrorist organization contravened the United Nations Convention on the Rights of the Child and the European Convention on Human Rights.

But a Penal Court of Peace rejected the objection, stating: “If, based on the existing evidence, there is a high possibility that a suspect will be found not guilty, a decision of non-prosecution is made. The second reason for non-prosecution is the inability to prosecute the case due to such factors as death, amnesty and the statute of limitations.”

Immediately after the incident the pro-government media had claimed that the girls were terrorists. Fatma Elarslan’s father Mehmet said: “If you ask them, Kurds of any age who get killed are all terrorists. My daughter was not even 13. How can they call a child playing in the street a terrorist? She would have been scared of the sound of gunfire.”