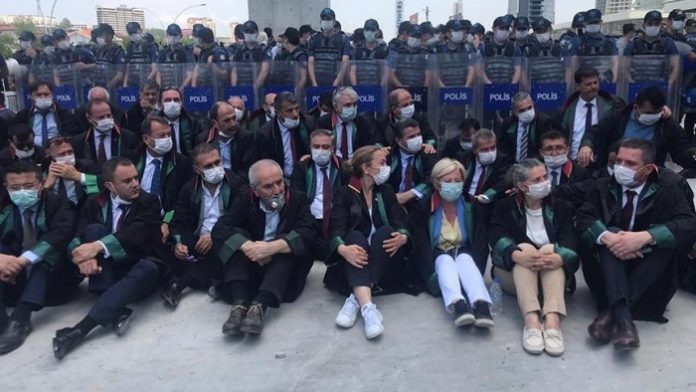 The Turkish government’s plan to allow for multiple bar associations appears calculated to divide the legal profession along political lines and diminish the biggest bar associations’ role as human rights watchdogs, Human Rights Watch and the International Commission of Jurists said on Wednesday.

The current bar associations have not been consulted, and 78 bars out of 80 signed a statement opposing the plan.

“The government move to create multiple bars and dramatically cut leading bars’ representation at the national level is a clear divide-and-rule tactic to diminish the bar associations’ authority and watchdog role.”

The proposed amendments provide that in provinces with over 5,000 lawyers, a group of at least 2,000 lawyers can establish alternative bar associations. In big cities such as İstanbul, Ankara, and İzmir, several bar associations could be established.

The amendments would also greatly reduce the representation of the largest bar associations at the national level within the Union of Turkish Bars, the Ankara-based umbrella body with significant financial resources it controls and distributes to provincial bars.

The fact that the vast majority of elected legal profession representatives oppose the move and that the likely impact will be to greatly diminish the authority of leading provincial bars that have been critical of certain government initiatives demonstrates that the aim of the proposed change is to shield the government from justified criticism, Human Rights Watch and the International Commission of Jurists said.

A provincial bar association with fewer than 100 lawyers, such as Ardahan in northeastern Turkey, for example, would be represented by four delegates, compared with three at present. But a bar association such as İzmir in western Turkey, with over 9,500 lawyers, which sends 35 delegates, would be entitled to only five. The İstanbul, Ankara and İzmir bars, which represent 55 percent of the lawyers in Turkey, would be entitled to only 7 percent of all delegates within the national union.

Over the past year Turkey’s presidency and government have made public statements strongly criticizing leading bar associations in response to the bars’ legitimate expression of concerns about Turkey’s rule of law crisis and executive interference in the justice system. The government has reacted strongly against the bars’ scrutiny of its failure to uphold human rights obligations through bar association publication of reports on torture, enforced disappearances and other rights abuses ignored by the authorities.

For these reasons, the government’s proposed amendments are clearly designed to achieve a political purpose unrelated to an effort to advance or strengthen standards in the legal profession, Human Rights Watch and the International Commission of Jurists said. The government’s move is politically divisive and will contribute to undermining the appearance of independence and impartiality in the justice system.