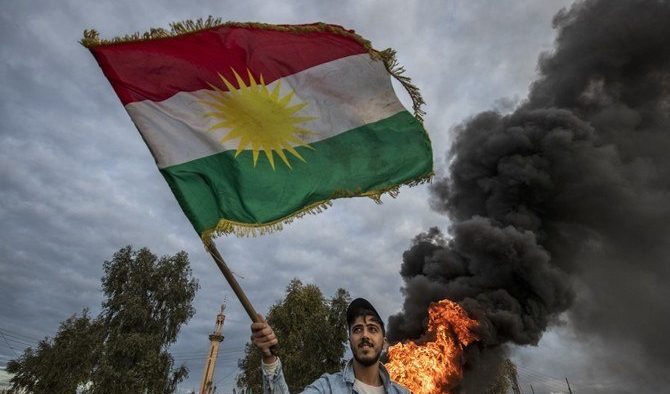 Kurds live mainly in Turkey, Iraq, Iran and Syria. There are also scattered Kurdish minority communities in Azerbaijan, Armenia, Russia and some Central Asian countries, but they are too small for any political role in these countries.

The earliest written reference to the Kurds goes back to the Greek historian and commander Xenophon and his book, “Anabasis,” which was written in the 4th century BC. He talks of the land of Carduchians (Kurds) and says: “There lives a wild tribe inhabiting the mountains. They are a fierce, war-loving race who had never been conquered. Once the Great King had sent into their country an army of 120,000 men, to subdue them, but of all that great host not one had ever seen his home again.”

Saladin, who put an end to the Crusaders’ Kingdom of Jerusalem after the Battle of Hattin in 1187, is of ethnic Kurdish origin and is a prominent figure in Muslim, Arab, Turkish and Kurdish culture. He is probably the most famous Kurd in history.

Throughout the Ottoman and republican history of Turkey, the Kurds have resorted to several rebellions, and they carry on this tradition today. After the defeat of the Ottoman Empire in the First World War, the areas inhabited by the Kurds in Ottoman territories were carelessly partitioned by the British and French mandate regimes without taking into account any ethnic or sectarian considerations. The American historian David Fromkin tells the story of this partition in his book “A Peace to end all Peace.” In fact, peace has never returned to this region more than a century later.

Iraqi Kurds were the first to attain autonomy in their country. They acquired regional autonomy in 1970 and, two decades later, the US adopted a UN Security Council resolution to declare a no-fly zone to the north of the 36th parallel in Iraq. This resolution allowed the Iraqi Kurds to further consolidate their autonomy. In 2017, Masoud Barzani, then-president of the Kurdistan Regional Government (KRG), organized a referendum to proclaim independence. Despite the overwhelming support of the Iraqi Kurds for independence, the international community did not recognize the result of the poll because it found it untimely.

The consolidation of the Kurdish identity in Iraq and Syria will further strengthen national aspirations in the minds of many Kurds in Turkey.

In Syria, the Kurds expected that the weakening of the Assad regime post-2011 might open up a window of opportunity for fostering their cause. The Syrian Kurds now expect that they should be next in the waiting room for some sort of enhanced identity. The US is providing all imaginable political and military support to them.

Recently, the strongest Kurdish political party in Syria, the Democratic Union Party (PYD) brought together 25 Kurdish political groups that were close to it and formed an umbrella organization called the Kurdish National Unity Parties. Another conglomerate is the Kurdish National Council of Syria (ENKS), based in Istanbul. On June 17, the pro-Barzani Iraqi Kurdish newspaper Rudaw wrote that the two rival Kurdish political groups had completed the first part of their negotiations for a “common political vision.” The US was active in facilitating this meeting. William Robak, the US deputy special envoy for Syria, attended the meeting and commended both sides for their hard work on behalf of the US government.

Nechirvan Barzani, the current KRG president, congratulated the Syrian Kurds. Media reports in Turkey have claimed that his government provides intelligence to Turkey about the Kurdistan Workers’ Party’s (PKK) activities in northern Iraq. It does so probably to secure Turkey’s support and control the PKK terrorists, who have also become a headache for the KRG. Nechirvan Barzani’s support for the Syrian Kurds may be part of his more distant designs to merge the Kurdistan regions of Iraq and Syria to force the establishment of a Kurdish corridor all the way from Iran to the Mediterranean.

Whether or not the Kurds’ Iraqi and Syrian regions merge, the biggest loser will be Turkey. The consolidation of the Kurdish identity in Iraq and Syria will further strengthen national aspirations in the minds of many Kurds in Turkey. Ankara will probably be deeply disillusioned to see that an organization — ENKS — it had been nursing and rearing for years has now agreed to cooperate with the PYD, which it considers closely linked to the terrorist organization PKK it has been fighting for more than 35 years. This is a major setback for Turkey. The Turkish authorities have not yet officially reacted to this intra-Kurdish accord. They may have reached the conclusion that this preliminary agreement is not worth dwelling on.

Turkey may face serious problems if the Kurds continue to build on this agreement and make something more concrete out of it.