Cancer patient was refused postponement of sentence, sent back to prison after major surgery

Cancer patient was refused postponement of sentence, sent back to prison after major surgery 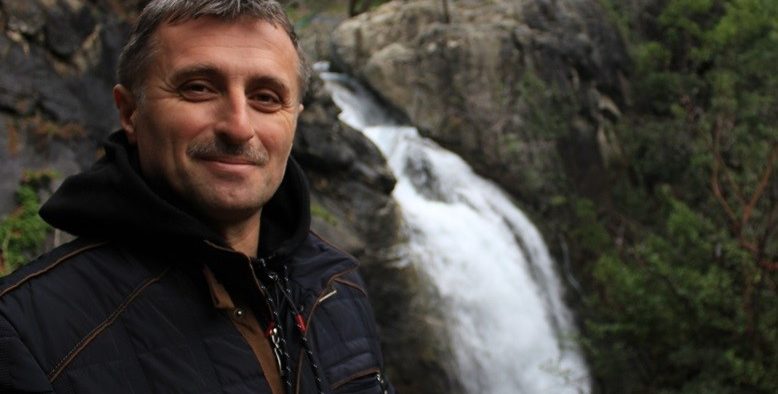 Ümit Gökhasan, a prison inmate suffering from stomach cancer whose stomach and half of his esophagus were removed in an operation, was sent back to prison after a medical report found that he can survive in prison and that there was no need to postpone his sentence, the Bold Medya news website reported.

Based on the medical report from Afyonkarahisar State Hospital, the Afyonkarahisar Chief Public Prosecutor’s Office turned down Gökhasan’s request for a postponement of his sentence for health reasons.

Gökhasan was arrested on March 8, 2017 on charges of links to the Gülen movement, a faith-based dissident group that has long been targeted by Turkish President Recep Tayyip Erdoğan, and was sentenced to six years, 11 months in prison. His case is currently awaiting review by an appeals court.

His health complaints in prison date back to August 2019. However, because the referral processes were prolonged, he was belatedly hospitalized. In January 2020 he was diagnosed with stomach cancer. On February 13, 2020 his whole stomach and half of his esophagus were removed in surgery, and he was sent back to prison 14 days after the operation. His chemotherapy was interrupted when the coronavirus outbreak began to affect Turkish prisons in March 2020. Due to the delayed treatment, the cancerous tumor spread to other organs.

“My husband has great difficulties in prison. He cannot eat, he throws up at night. He can’t take care of himself. We want his immediate release,” his wife Şükran had told Bold Medya two months ago.

Gökhasan wanted to benefit from a regulation that provides for the postponement of sentences of inmates suffering from serious illnesses that makes their stay in correctional facilities impossible.

Yet, Gökhasan’s request for release was rejected after the medical board of Afyonkarahisar State Hospital found in a report dated June 18, 2020 that “the patient can maintain his life alone, there is no need to postpone the execution of his sentence.” The medical report bears the signatures of seven doctors from various departments at the hospital.

Based on the medical report the Afyonkarahisar Chief Public Prosecutor’s Office turned down Gökhasan’s request on July 6.

A police superintendent by profession, Gökhasan was dismissed along with some 130,000 other civil servants from his job by one of the emergency decree-laws promulgated following an abortive coup on July 15, 2016, for which President Erdoğan blamed the Gülen movement, an accusation denied by the US-based leader of the movement.

As part of a witch hunt carried out against followers of the movement, the authorities have imprisoned tens of thousands of real and perceived Gülenists.

The post-coup purge has caused great suffering among victims of the witch hunt, many of whom, deprived of their liberties on trumped-up charges, stripped of their livelihoods, exposed to formal or informal discrimination and devoid of all hope for imminent relief, have proven to be easy prey for mortal diseases such as cancer.