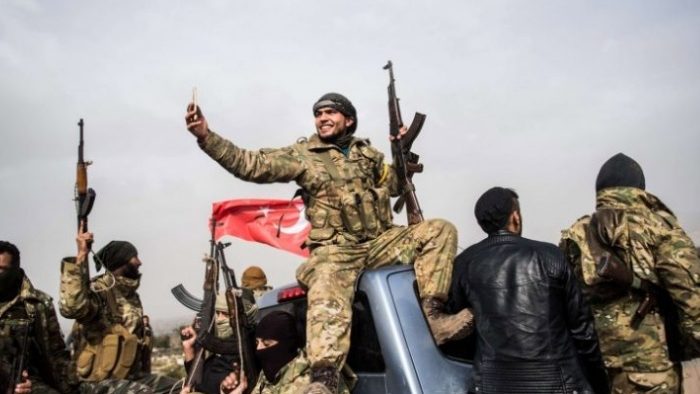 There is a close relationship between the structure of the regional and international orders and how a state formulates its foreign policy, and then acts accordingly. Changes on the international and regional levels influence a state’s domestic and foreign policies alike. In the same vein, a change in the domestic structure of a state can certainly affect the balance in regional and international order.
Foreign policies are not made in a vacuum; rather, they are influenced by two main determinants: International (external) and domestic (internal) factors. Although states try to lay out and have long-term interests in their international relations, scholars agree that almost 95 percent of foreign policy actions are formulated on a daily basis as a reaction and response to national, regional or global changes. For the last decade in particular, there has been an abundance of analysis identifying the factors of change in Turkey’s foreign policy.
It wouldn’t be wrong to read Turkey’s foreign policy in the last two decades as a response to external developments on both the global and regional levels. At the national level, the coming to power of the ruling Justice and Development Party (AKP), the geopolitical imaginations and regional calculations of the government, and civil-military relations have had an impact on how Turkey read external developments and formulated its foreign policy accordingly.
External developments offer states both challenges and opportunities in their foreign policies. In the global sphere, the emergence of new non-Western actors, particularly China and Russia, and the internal crises within the European order, amid the decline in the US hegemonic role, have increased the maneuvering capabilities of Turkey and other regional actors. In the regional sphere, the onset of the Arab uprisings at the end of 2010 caught Turkish decision-makers by surprise and, since then, Ankara’s foreign policy goals have been shaped based on the daily developments in the region. Arab uprisings and the growth of the Kurdish presence along the Turkish border have caused a realist revival of the infamous “security-first” siege mentality in Turkey’s foreign policy.
The security-oriented foreign policy was further fed with three main developments: The Russian military involvement in Syria in late 2015, which radically changed the security and political dynamics on the ground; the 2016 election of US President Donald Trump, who continued the previous administration’s policy toward the Kurdish elements in Syria; and Turkey’s worsening security situation at home after the attempted coup of 2016.
Turkey has placed greater emphasis on the Middle East. It has undergone three phases in its foreign policy in Syria, which has become its toughest ordeal. In the last phase, Turkey opted for a hard power strategy built on its military capabilities and regional alignments with Russia and Iran. Thus, the priority of ousting the Assad regime shifted to the elimination of the Kurdish independent entity. Given that Turkey has no plans to back down or withdraw, it is likely that the Syria file will continue to shape Ankara’s foreign policy in the region, in particular with Russia and Iran. However, it is important to keep in mind that its alignment with two pro-regime countries is on thin ice.
Iraq is another field where Turkey sees the Kurdish presence as a threat to its national security. Here too, Iran’s presence and influence is a significant factor that Turkish policymakers need to keep an eye on.

The Syria file will continue to shape Ankara’s foreign policy in the region, in particular with Russia and Iran.

Lastly, Libya has been the hottest topic that has brought the military dimension of Turkey’s foreign policy agenda back to the surface. Nowhere has Ankara’s securitized foreign policy gained more attention. For Turkey, its interests in Libya are beyond the North African country’s borders, instead reaching to the Eastern Mediterranean. Like Syria, there are several actors involved in the Libyan crisis and the stakes are too high to bring all these actors on to the same page. Turkey has been at odds with several regional and European countries over the Libyan file. These differences have also had an impact on Turkey’s relations with NATO and the EU, given Ankara’s confrontations with EU member states such as France and Greece.
The past few years have seen a relative weakening of the Western dimension in Turkish foreign policy. Given the deterioration in relations with Washington and fading hopes of accession to the EU, Turkish policymakers have instead focused their energy on securing closer ties with Russia and China. Economic constraints at home have also led to new regional alignments.
Turkey recognizes its foreign policy objectives cannot be achieved alone and so it seeks cooperation to realize these objectives. For the strengthening of the Western dimension, a bargain between the EU and Turkey is needed to create a long-term, mutual interest-based framework, including on issues related to energy, maritime boundaries, Cyprus, Syrian refugees, and Libya.