“No mercy for Turkish forces in Libya ”: Haftar

“No mercy for Turkish forces in Libya ”: Haftar

Turkish President Recep Tayyip Erdogan was warned on Sunday to keep his forces out of Libya or face an armed response.

The warning came from Libya’s eastern military strongman Gen. Khalifa Haftar, who leads the Libyan National Army (LNA) in the conflict with the Government of National Accord (GNA) in Tripoli, headed by Fayez Al-Sarraj.

Erdogan has sent Turkish-backed mercenaries from Syria to fight for the GNA, along with artillery and heavy weapons that have turned the tide in its favor. In a speech to troops to mark Eid Al-Adha, Haftar accused the Turkish president of “coming to Libya in search of his ancestors’ legacy.”

He said: “We tell him that we will translate the legacy of your ancestors with bullets.” For any Turkish forces in Libya, there would be “no mercy because they do not deserve mercy.”

Samuel Ramani, a researcher at the University of Oxford in the UK, told Arab News that Haftar was escalating his rhetoric against Turkey.

“He is really emphasising that his war in Libya is not just a struggle against extremism or terrorist militias aligned with the GNA, but a struggle for Libya’s sovereignty and independence from Turkey’s hegemonic agenda.”

Haftar’s warning to Erdogan follows a verbal spat between Turkey’s Defense Minister Hulusi Akar, and Anwar Gargash, Minister of State for Foreign Affairs of the UAE, which supports Haftar.

Gargash responded with a warning to Turkey to stop interfering in Arab affairs. “Colonialist illusions belong to the archives of history,” Gargash said. “Relations between states are not conducted with threats.”

Tags:
Previous Article
Contradictory statements on the death of a Kurdish conscript
Next Article
Report details scores of women missing in northern Syria after kidnap by Turkish-backed jihadists

Pandemic threatens livelihood of Turkish musicians, driving many to suicide

Kurds again under threat of clampdown in Turkey 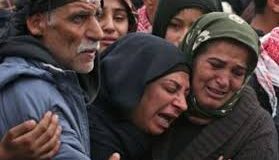