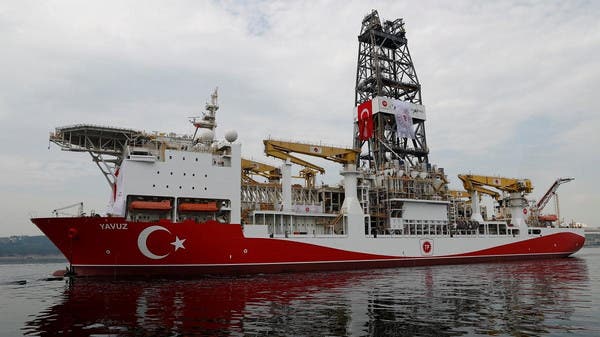 President Recep Tayyip Erdogan announced on Friday that Turkey has restarted a search for energy in the eastern Mediterranean, accusing neighboring Greece of failing to keep its promises.

“We have resumed the drilling activity. We have sent (the vessel) Barbaros Hayrettin to the area,” Erdogan told reporters after Friday prayers at Istanbul’s landmark Hagia Sophia mosque.

Last month, Turkey said it had agreed to suspend “for a while” a search for oil and gas off a Greek island depending on the outcome of negotiations with Greece and EU heavyweight Germany.

The search for hydrocarbons in the eastern Mediterranean has become a thorn in the relations between Turkey and the EU.

French President Emmanuel Macron has called for Turkey to be “sanctioned” and accused Ankara of treading on the rights of Greece and Cyprus, as all three nations scramble to exploit recently discovered gas reserves.

Ankara has said it is ready to negotiate with Athens without any preconditions.

Erdogan’s comments come a day after Greece and Egypt signed an agreement to set up an exclusive economic zone in the eastern Mediterranean.

“This agreement has no value,” the Turkish leader said.

Migrants accuse Greece of pushing them back out to sea

Macron’s Rhetoric Against Turkey’s Erdogan Has Reached Its Limit